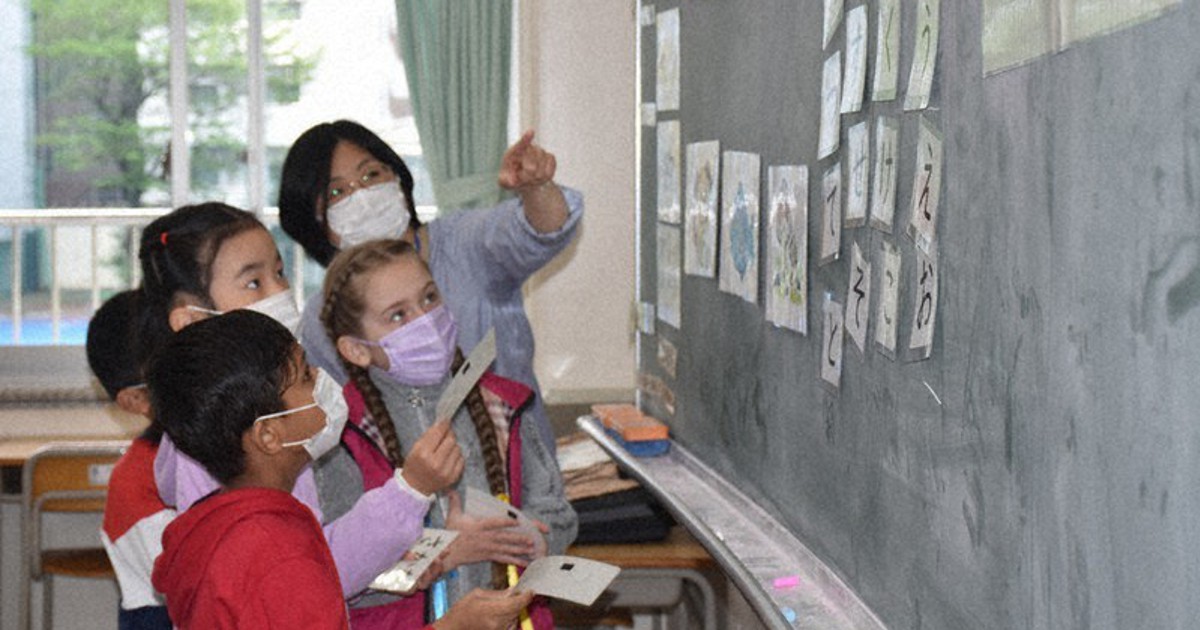 YOKOHAMA — The government of this port city south of Tokyo has launched an initiative to support the children of Ukrainian families evacuated to Japan following Russia’s invasion of their home country by helping them learn the Japanese language. .

As a city traditionally home to a large number of children of foreign origin, Yokohama has the know-how to teach Japanese to these children. As Russia’s war against Ukraine has turned into a quagmire and the lives of evacuees in Japan are set to get longer, the city aims to help Ukrainian children integrate quickly into Japanese schools and society through the Japanese language program which uses an existing educational institution.

On April 21, a class for children in the first grades of elementary school was unveiled to the press at Himawari, a facility in the Naka district of Yokohama for children of foreign origin to learn Japanese. Among the four students attending class that day was Myroslava Muliavka, a 6-year-old girl who had been evacuated from Ukraine.

In Yokohama, there were 22 evacuees from Ukraine as of April 25, two of whom, including the 6-year-old child, were elementary school students and one was in middle school. Among these children, two follow courses in Himawari.

“At first she (Muliavka) seemed to be on her own, but gradually she relaxed and was seen laughing,” Himawari director Masumi Kanazawa said of the 6-year-old, adding that the girl was getting used to her. life in Japan.

“She came to Japan in an atmosphere of tension and anxiety. I would like her not only to learn Japanese, but also to build a relationship with her homeroom teacher and her friends, and find that nice to have come to Yokohama,” the manager said.

Himawari was established by the Yokohama City Board of Education in 2017, with the aim of helping children who have just started their life in Japan to integrate into schools by teaching them Japanese and providing them with school life experiences. Currently, 23 students are enrolled in the program.

Besides Himawari, the Yokohama municipal government also provides international classes for children requiring Japanese language instruction when a primary or secondary school has at least five such children. If the number of such students is less than five in an elementary school, the city sends a Japanese teacher to the school and, in the case of junior high, offers international classes at five locations in the city for such students. .

In the future, the city board of education plans to have school counselors and those who can speak Ukrainian support children of Ukrainian families living in Yokohama as evacuees.

“We would like to listen to Ukrainian children and their families who evacuated here about their needs and problems, and provide assistance that will allow these children to study at ease, benefiting from knowledge of Yokohama as a cosmopolitan city” said an education official at the council.