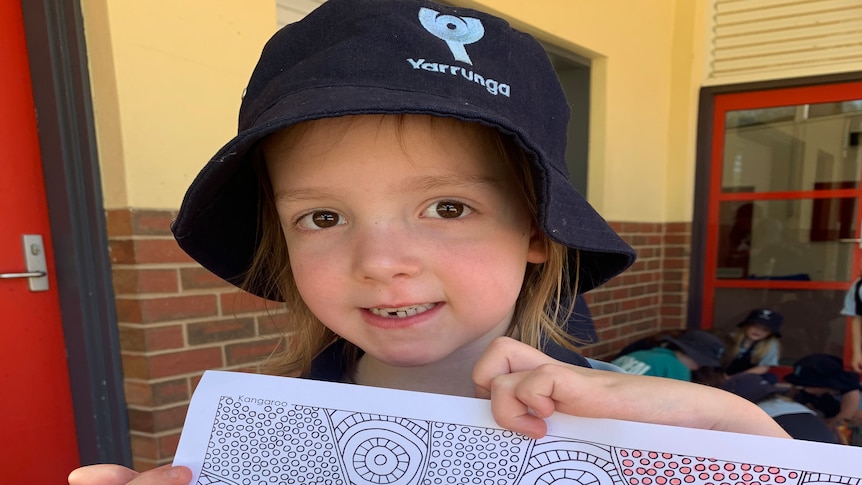 Pupils at all levels of Yarrunga Primary School are now learning the Bpangerang language after the school expanded its teaching of indigenous languages.

The primary school near Wangaratta has about 18-20% of students who identify as indigenous.

Principal Fran Waterman said the school began considering integrating Indigenous language into the school when she started as principal in 2017.

“We were teaching Japanese, but there really wasn’t a pathway to learn Japanese in any of the high schools, so I thought it was an opportunity for us to switch to teaching the native language” , she said.

Language learning was first offered to prep students, but over the past two years it has grown rapidly, with each class now doing a dedicated learning hour each week.

The school has two teachers who have been approved by the local elders to lead the classes, and they are supported and guided by the elder dozer uncle of the Moiraduban clan of the Bpangerang nation.

He said they were delighted to see the Bpangerang language being shared with students and the wider community.

“It’s definitely a step forward. We’ve just gone through the week of reconciliation and it’s a great reflection on Yarrunga’s part to step into this space,” Uncle Dozer said.

“Our point of view is our culture – the Bpangerang culture – belongs to all members of the community.”

Ms Waterman said the school was committed to making the language part of its identity and it was now common to hear students respond “Yakama”, which means welcome when they respond to the roll call.

“It becomes a really authentic thing,” she said.

“They use it extensively. We use it at the assembly, we have cultural activities in every class, cultural games that are used, so the kids really see it now as part of our school and part of their daily learning.”