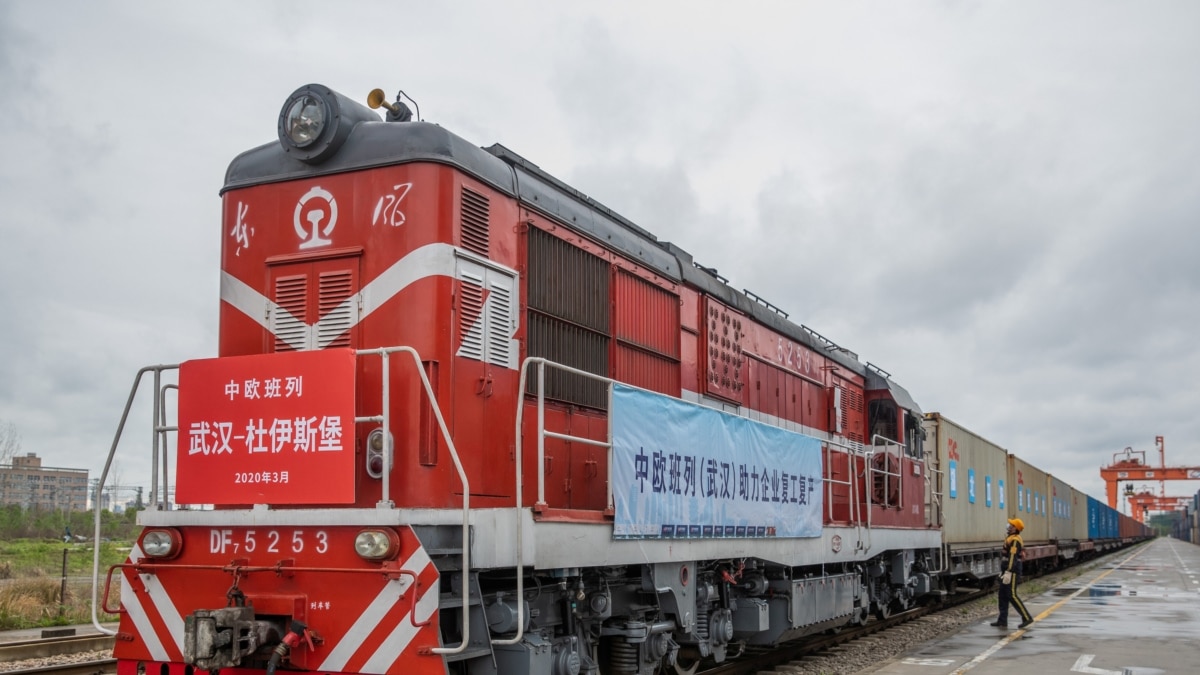 China’s push to upgrade high-speed railways across Eurasia will help the manufacturing powerhouse ship goods back and forth, despite severe pressure on supply chains, analysts said .

China-foreign cross-border freight railways could be subject to upgrades after China Development Bank approved in December to support construction work, according to the Chinese-language financial news website supported by the Chinese state. The bank would provide “key” support for warehousing, logistics parks, distribution networks and multimodal transport projects, according to the report.

The improvements would aim to make trains faster and add tracks along the 11-year-old route, experts said. They said improvements could ensure trains run despite the war in Ukraine and cover shipping routes blocked by shipping backlogs during the pandemic.

This would mean that all Chinese-made exports could reach European markets more easily, they said, while China could better secure resources from across the continent.

The COVID-19 shutdowns and the war in Ukraine have created perhaps the greatest combined challenge for supply chain commerce outside of China “in living memory,” said James Berkeley, chief executive of the consultancy firm Ellice Consulting in London. Sea freight still works, he says, but rail “clearly provides an alternative”.

Supply chain disruptions caused by China’s lockdowns in major trading centers in Shenzhen and Shanghai are slowing shipments of products ranging from phones to building materials to motor vehicles. Chinese authorities ordered Shenzhen to close in March and Shanghai, with a population of around 26 million, closed weeks later.

Russia’s invasion of Ukraine in February has since disrupted some transcontinental rail traffic and contributed to shipping delays in Europe.

The rail improvements would fit with Chinese President Xi Jinping’s Belt and Road Initiative, the Financial News reported. The eight-year-old, more than $4 trillion initiative calls for building infrastructure in dozens of countries to improve trade routes.

China-Europe freight train travel increased in April while maintaining “smooth and stable operation”, China Daily reported recently. The article also quotes an official from China’s National Development and Reform Commission who said the number of trips rose 3% month-on-month to 1,170. A record 15,183 trips by train was made last year.

The railway through Poland, Belarus and Russia currently remains open, despite the war in Ukraine and Western pressure against business with Russia, according to the state-controlled Global Times news site. Chinese.

“Since the outbreak of the Ukraine crisis, China-Europe Railway Express has encountered short-term difficulties, but overall operational risks are generally controllable,” Liu said.

“It’s one of the alternatives for China to secure supplies,” said Chen Yi-fan, assistant professor of diplomacy and international relations at Taiwan’s Tamkang University. “And China is after all linked to Russia and the European continent, so it’s a good way to control the so-called heartland there.

China has maintained relations both with Russia, a historical friend, and with Ukraine during the war.

These ties should contribute to improvements along the railway, where China has vast technical experience, Chen said. European officials should view China’s ambitions as a chance to modernize their own rail systems, he said.

“I guess they have to go all the way, so first they have to [get] Permission from Russia and maybe Ukraine,” said Alicia Garcia Herrero, chief economist for Asia-Pacific at French investment bank Natixis.

But Garcia said Chinese officials could face obstacles to any cross-border rail work in Western Europe, where environmental groups have already strengthened relations.