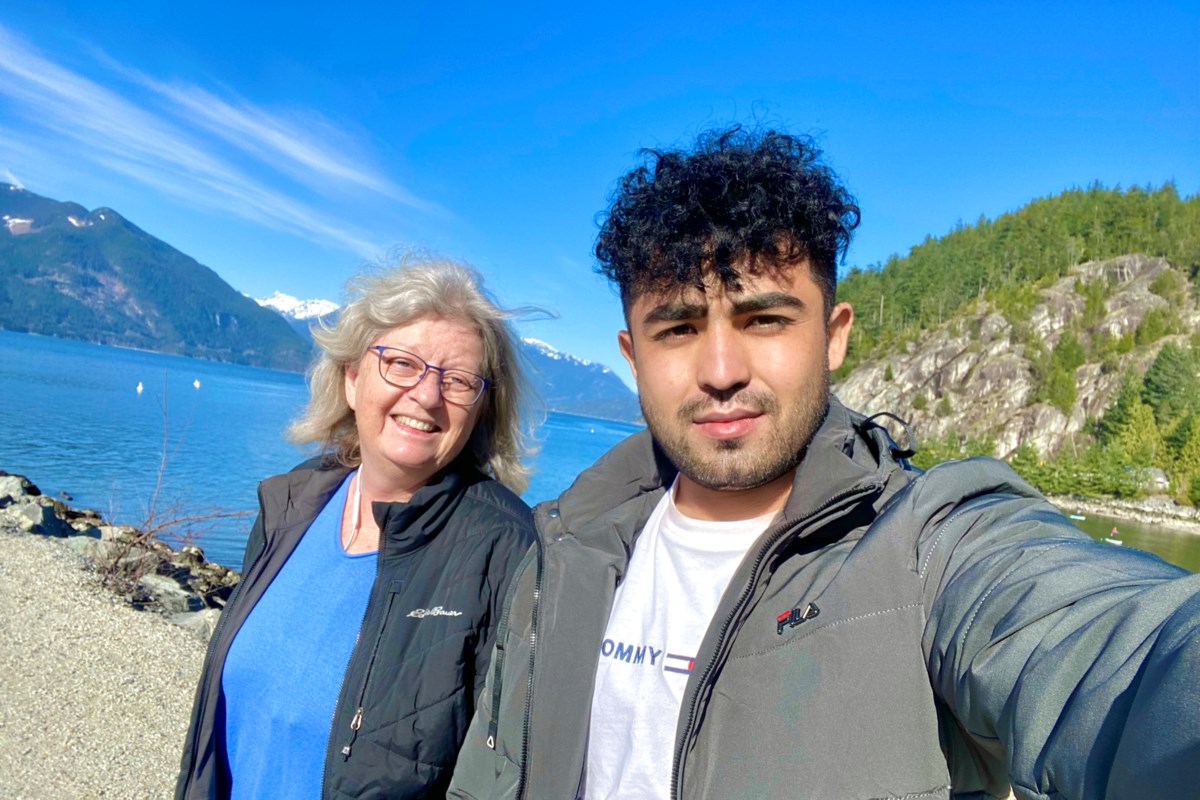 Shah Hussaini Ghulami left Afghanistan at the age of 16. Eight years later, he finally has a place he can call home.

While all eyes are on the humanitarian crisis in Ukraine and efforts are underway to bring Ukrainian refugees to Whistler, the resort is still doing its part to house refugees from other parts of the world as well.

On March 4, Shah Hussaini Ghulami, originally from Afghanistan, landed at Vancouver International Airport en route to Whistler, marking the first time in eight years that he has a place he can call home.

“I still can’t believe I’m here in Canada,” Ghulami said. “I’m free now. I can do anything here in Canada. It makes me so happy. It’s a big change for me, especially in Whistler.

Ghulami was just 16 when he left Afghanistan in 2014. He is from the Ghazni region, which saw heavy fighting between the Taliban and the NATO-backed government during the campaign of Taliban insurgency last year.

Once in Canada, Ghulami spent four days adjusting to his new life before starting work for the Fairmont Chateau Whistler, where he stayed in staff quarters.

Ghulami’s trip to Canada was a long one. He was among thousands of people who moved to Indonesia from war-torn Afghanistan in hopes of getting to Australia or somewhere in the West.

When he arrived in Jakarta, Indonesia, Ghulami didn’t know the language, job opportunities were limited, and daily life was a struggle. Ghulami has been stuck in limbo for nearly a decade as one of more than 13,000 migrants registered by the UN High Commissioner for Refugees in Indonesia, 57% of whom are from Afghanistan.

Being a refugee and asylum seeker is a complicated subject in Indonesia where, until a policy change in 2018, migrants were routinely placed in detention centers upon arrival and could spend months or even years awaiting their fate.

Ghulami was spared being placed in a detention center, but still found he was discriminated against while in Indonesia.

“If we are in Indonesia, we are not allowed to go to school. We don’t have the right to work, to travel,” he said.

Ghulami thought he might be stuck in Indonesia for decades, until a stroke of luck brought him into contact with former Whistlerite Laurie Cooper, a refugee rights advocate who helped settle more a dozen people from around the world in Canada.

Through a process that began in 2019, Ghulami finally arrived in Canada in March. So far he has taken the Sea to Sky well, with other refugees including Murhaf Ghaibour, Canada’s first Syrian refugee ski instructor, showing him the area.

“They are amazing. You know, we are kind of a family. I know we come from different countries, but we are like a family, like brothers.

Ghulami hopes to one day see his family again and perhaps bring them to Canada, but he doesn’t have much hope with the Taliban still in power in his home country.

“I’m looking for a way to get them here, but unfortunately since the Taliban took over Afghanistan, people can’t get their passports. With the previous government there was an opportunity to see them, or maybe they could come see me here, but right now I think there is no chance for me to see them.

If people want to help refugees settle in the Sea to Sky area, they are encouraged to join the Whistler Pemberton Refugee Response group on Facebook or donate to refugee sponsoring organizations.