Where does Europe find the money to welcome millions of Ukrainian refugees? 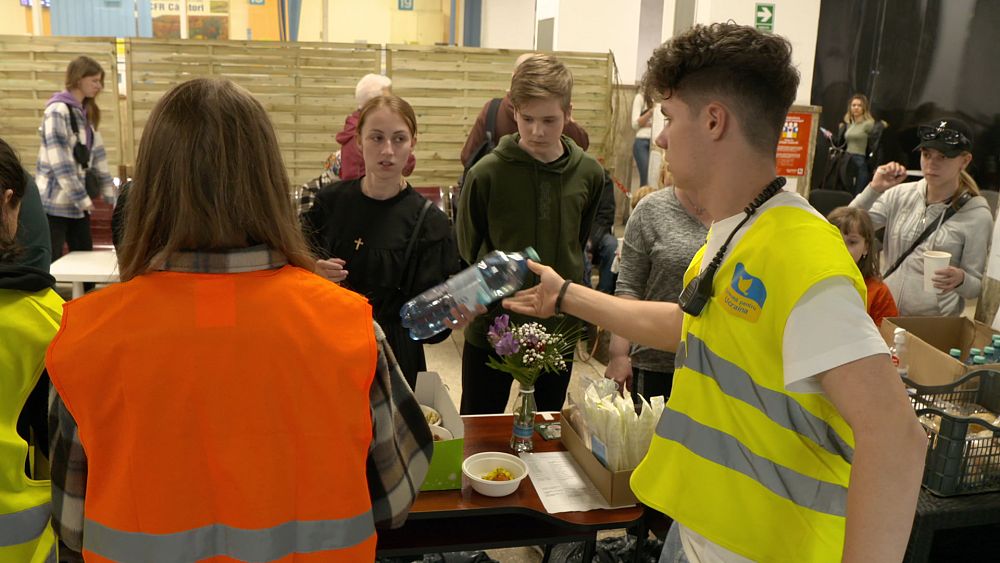 An estimated 6 million Ukrainian refugees have crossed the border into neighboring European countries since the start of the war in Russia.

In this episode of Real Economy, we visit Romania to see how the country is handling the massive influx of Ukrainian refugees and talk to the Romanian Minister of Education about how they are helping refugee children continue their education.

We also look at what EU funds are helping Member States to meet the cost of this humanitarian emergency and ask if they are enough?

In a historic move, the EU has granted people fleeing war in Ukraine the right to live and work across the European Union for up to three years.

To help EU governments, the EU has freed up billions of unused money for Europe’s regions. Known as the Cohesion Fund, this includes financing from the European Social Fund and the FEAD, the European fund set up to help the most deprived. These billions can now be spent on emergency aid for Ukrainian refugees.

Budget made for peacetime

The money can be spent on items such as temporary accommodation, food, blankets and clothing as well as services such as psychological counseling, medical care and education. National governments can recover money already spent since the start of the war.

In addition, €10 billion of pandemic recovery funds known as REACT-EU is available. €3.5 billion has already been disbursed to Member States, with the countries hosting the most refugees receiving the largest share of this sum.

Real Economy’s Naomi Lloyd asked the European Commission’s Director General for Employment, Social Affairs and Inclusion, Joost Korte, why the funding was money reallocated from other budgets, rather than new money from the EU to help deal with this crisis.

“The seven-year budget that started in 2021 was made for peace,” Korte explained. “Nobody considered when we were negotiating this budget that there would be a war in Europe. I think it’s fair to say that the budget we have now was not really made for the situation in which we are.”

The Director General highlighted how they had quickly released money, saying that “what the European Commission does is use all the flexibilities, all the margins that exist in the budget. Where the European Union has a lot more funds, it’s in what we call the cohesion funds.”

“We strongly motivated and encouraged Member States to use the money still available and made it very easy to spend it”, he concluded.

Korte explained why there is still unallocated money in the budget.

“In fact, it is possible for Member States until the end of 2023 to spend money under the 2014-2020 programmes. So the period of seven years is in fact almost ten years. C That’s why, as we speak today in 2022, there’s still money there.”

He detailed how governments, NGOs and charities can access the money.

“We pay into the Member State’s bank account and then it is up to the Member State to ensure that the beneficiary receives the money to which they are entitled. And that we check. Member States are also required to make it very clear who is responsible and where they have to go and what the reimbursement formalities are.”

On the streets of Bucharest in Romania, Ukrainian flags can be seen everywhere, as a sign of support and solidarity. Since the beginning of the Russian invasion, almost 900,000 Ukrainians have entered Romania, of which around 40% are children.

Bucharest’s main train station has been transformed into a center for refugees. Managing this influx is a major challenge for the country.

In a specially equipped waiting room, Ukrainian families wait for a bus to take them to their next destination: Germany. Transport is organized by a Romanian charity called ‘For Good’.

Since the beginning of the conflict, Alina and about twenty volunteers have been helping Ukrainian refugees.

Alina Dăscălescu, who is also the president of the association, said they provide food and clothes, shoes and stuff for little babies, and are always looking for financial support.

“At the moment we are planning to request private funds from Romania, but in the near future we are looking for European ones.”

Save the Children Romania contributed to the creation of this establishment. Its coordinator, Leonardo Andreescu, says they have never faced a crisis of such magnitude before.

“I don’t think the Romanian authorities and Romanian society as a whole will be able to deal with this situation for a long time unless we receive support from abroad.”

At the station, aid organizations are working alongside local authorities to help and guide incoming refugees.

Maryna left Odessa with her two children and three other family members, but said their journey had become very dangerous.

“I was very afraid for my children, for my mother, my sister, all my relatives. The volunteers told us that there was a room here where we could eat, where our children could play. The children really liked this room, they play ball with the volunteers, there are psychologists. They didn’t want to leave, that’s why we stayed, to wait for the children to recover a little, emotionally, ”she says.

Support for NGOs and ministries is vital in helping refugee children. Of the total Ukrainian refugees who entered Romania, about 80,000 remained, including about 36,000 children.

In a primary school in Bucharest, Anastasiia Konovalova, also a Ukrainian refugee, set up eight classes thanks to the classrooms made available by the Romanian Ministry of Education.

“We now have 264 children and around 900 on the waiting list. All these children came here because they need education, and they want to receive an education in Ukrainian. We are opening a new school next week and all the teachers here have been volunteers for two months, we have raised funds for Salaries on Go Fund Meshe says proudly.

Alena Palesika arrived two months ago with her sons. The youngest come here at school, to study but also to play with other children.

“We are very happy with the teachers, and the team in general, and we help them as best we can. We are very grateful to Romania, to this country and to all those people who help us, in these very difficult times.

Alena dreams of returning home, as does Anastasiia, who is already organizing the reconstruction of their school in Ukraine.

The Romanian government estimates that it has spent nearly 72 million euros in emergency aid since the start of the war, with no end to the conflict in sight. Frontline countries like this are seeing their public finances stretched, but the EU has help available.

The Romanian government adapted the legislation very early on so that all Ukrainian refugee children could have exactly the same rights as Romanian children.

“In Romania, we have a unique opportunity: the “Educated Romania” project, initiated by the president, aims at a profound reform of the education system. We have a budget of 3.6 billion euros for education reform. The existence of this project means that we are able to offer better and more effective integration and support to Ukrainian children.The collaborations of the European Commission and the EU funds available to us, including those that do not not fall under the recovery and resilience plan, are also sources of financing.

The minister explained that there are teams of professionals all over Romania ready to help with the integration of refugee children.

“At county level, we have in Romania a working group made up of the school inspector, teachers and, very importantly, counselors, because psychological counseling for these children is important.”

The main challenge in the current situation, especially for minors arriving from conflict areas, is the lack of Romanian language skills, the minister said.

“The only obstacle to overcome is the language barrier, which is why the Romanian authorities are focusing their efforts on offering Romanian courses.”