“We Own This Town” Miniseries Episode 5 Recap: “Part Five” 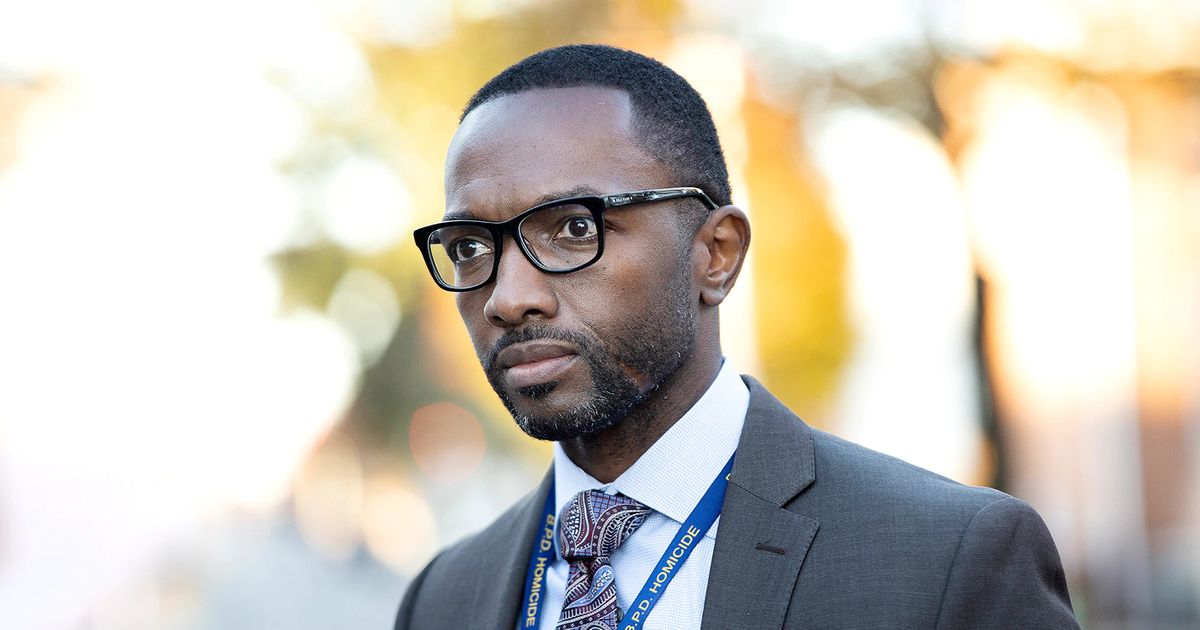 The importance of choosing Treat Williams for a unique role as an academy instructor in tonight’s episode of We own this town will not be lost to anyone who has seen Sidney Lumet town prince, a brilliant 1981 crime drama about police corruption. Based on the true story of NYPD narcotics detective Robert Leuci, the film is about a rogue investigative unit much like the GTTF, full of dirty cops who rob criminals, plant evidence and get involved in drug deals they’re supposed to stop. . Williams plays a man driven by conscience to cooperate with a federal investigation, with the caveat that he won’t turn on his partners, but circumstances force him to betray them anyway, and multiple tragedies unfold. Consequently. In the end, he avoids prosecution and ends up with a job as – you guessed it – a police academy instructor.

Williams’ appearance here is a postscript for her character in town prince, though the show doesn’t imply that he was a dirty cop during his decades on the force. He tells Nicole that he started serving in 1972 and had his longest stint in Homicide, though he’s been around long enough to know how the department works and how it’s changed. There’s not much he says to Nicole that she doesn’t already know – or to us, for that matter, after watching four and a half episodes of the show – but he reinforces the themes at play here. about the complete loss of trust that citizens have in the cops, which is inevitable when “you beat them or have a hand in their pocket”. And he gives an eloquent monologue (scripted by George Pelecanos) about the destructive nature of the war on drugs: “With a war comes the militarization of the police. SWAT teams, tactical squads, stop and searches, strip searches. A complete gutting of the 4th Amendment. It’s as if we were fighting terrorists on foreign soil.

The dark message of We own this town is that such trust is not only nearly impossible to restore through police reform, but that such reform is a political nonstarter. As Nicole and Ahmed wrap up their federal consent decree for approval, they must go through a needle’s eye: Once the Trump administration takes power, the Justice Department under Jeff Sessions will shut down all activity civil rights. division. So to pass the executive order, it needs to be endorsed by a commissioner with no job security and a new mayor who is loath to invest the resources and political capital needed to improve the department. Commissioner Davis, who has been one of the most nuanced and compelling figures on the show, seems sincere in wanting to take Nicole’s report seriously, but asking her to make cuts to the current budget to pay for reforms. is a roundabout way to kill them. It would be hard enough to implement changes in a hostile department without also cutting jobs and resources.

And so the best that can be done is to deal with the bad apples, even if the orchard itself remains poisoned to the root. “Part Five” primarily deals with conflicting testimonies from Gondo and Jemell, which backfire during interrogation like GTTF members would backfire in the field. And just as Hersl was promoted to the unit because he was too problematic to stay on a beat, Jemell went to GTTF after serving a two-year paid suspension while under investigation. for a shooting incident – ​​one of three, according to Gondo. Calling it “failing up” doesn’t quite cover it, because it’s not like Hersl or Jemell are backing up in unity. It’s more like they successfully auditioned for it, having proven on the court that they have the moral flexibility to put ill-gotten money in their pockets.

The dark and funny part of the GTTF scandal – and the big difference between its members and what Williams’ character is trying to do in town prince — is that there is no honor among thieves. These guys can’t turn around fast enough. The FBI has Gondo and Jemell on the wire, laughing over the overtime Jenkins approved for them, with Gondo marveling at an $8,000 check from the city. But once they are interviewed, they are eager to get involved. This mindset also comes straight from the field, where they’ve agreed to share whatever money and drugs they find, but Jenkins still takes the biggest slice and they duck each other whenever no one is looking.

Two incidents stood out this week, both involving Hersl and both involving black professional men shaken down for money with no evidence they committed a crime. The first echoes the story last week of a father shot dead by a drug dealer after cops stole money meant to pay off a debt. Here the consequences are less severe, but Nicole is talking to a man who lost $600 cash, two days in jail, and a job as an HVAC repairman in Hersl for the crime of bringing pizza to his family. The second involves a sting on a wealthy car salesman who had $416,000 in his room when the GTTF invaded, but county police only found $350,000. The scheme involved Jenkins acting as the least convincing state’s attorney in history, but it’s not like he needed to be Daniel Day-Lewis to pull it off. Jenkins and his team are not artists like Robert De Niro in Heat. These are guys who smash-and-grab – ordinary scammers.

Ultimately, the timeline jumps back to March 1, 2017, the day the feds executed the arrest of seven GTTF officers. And despite their arrogance, despite feeling like they’re above the law, they can’t be surprised when that happens. The first line of this episode is Gondo saying that Jenkins “just didn’t care if he saw another sunrise”. And in a much later scene between Gondo and Jemell, who are still flying under an active federal investigation, Gondo says, “When this shit ends, it ends.” They had all put their lives on an irreversible path, from which they could not pull back if they tried. Their only game now is to backstab each other in less serious phrases.

• Extremely interesting and subtle contrast set up in this episode between Suiter and a dedicated Jenkins recruit nicknamed K-Stop. The show used Suiter as an example of a good cop, someone who was part of Jenkins’ unit but slipped into the Homicide division once it was clear he was in the process. to take. But Suiter took the path of least resistance, which is not the same as a clean break. It was easier for him to play awkwardly with Jenkins while looking for the exit. In contrast, when Jenkins and Hersl give K-Stop a “hypothetical,” he’s firm about not wanting to be a dirty cop. This isn’t a one-to-one comparison – Suiter is thrust into a situation, not a hypothetical one – but Suiter’s guilt for his silence shows in the final moments here.

• “In the minds of the Americans of Wonder Bread, these people are not really victims. They deserved it. This colleague of Nicole talks about the racist assumptions many white Americans make about victims of police abuse. That they must be guilty of Somethingotherwise they would not have attracted the attention of the police at all.

• After having watched Thread, in which drug dealers suspect police attention and speak to each other in coded language via payphones and burners, it’s hilarious to hear how incriminating the taped conversations are between Gondo and Jamell. A brief conversation brings the two of them, plus Jenkins, about theft, wire fraud, and tax evasion.

• David Simon absolutely hates former mayor (and Democratic presidential candidate) Martin O’Malley. The politically ambitious character of Tommy Carcetti (Aiden Gillen) on Thread was read as a dig at O’Malley, and Williams’ character here speaks of a year when 100,000 people were arrested while O’Malley was mayor. It’s a fun clip where O’Malley confronts remarks given by Simon in an interview.

• It was Justin Fenton, the journalist who wrote We own this townasking a question at the press conference where the arrests are announced.

• “I don’t know if what we’re doing is going to change anything, but shit…” Nicole says how many of Simon’s well-meaning characters feel. Justice is elusive, but an effort must be made.

Catch all the drama from your favorite shows!

By submitting your email, you agree to our terms and Privacy Notice and to receive e-mail correspondence from us.