Watch the closing ceremony of the Beijing 2022 Winter Olympics 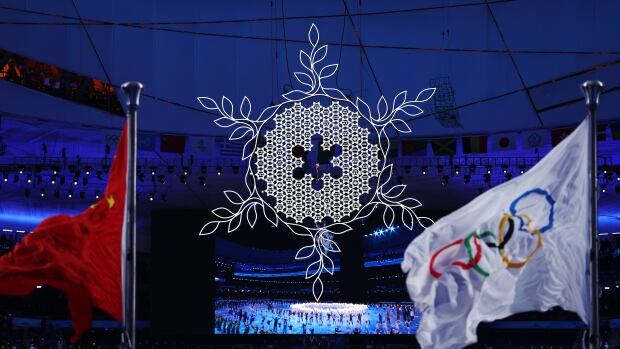 After a jam-packed 16 days of competition, Beijing 2022 officially ends with the closing ceremony at the National Stadium, also known as the “Bird’s Nest” for its unique 35 kilometer web of twisted steel.

After International Olympic Committee President Thomas Bach and Chinese President Xi Jinping entered the stadium, the Closing Ceremony began in the same way as the Opening Ceremony: with the lighting of the unconventional Olympic cauldron, which for Beijing was actually a giant snowflake. with the Olympic torch inside.

The snowflake theme that ran throughout the Opening Ceremony continued for the Closing Ceremony, as children using snowflake-shaped lanterns illuminated an emblem on the stadium floor inspired by the Chinese character for “winter”.

After the Chinese flag was hoisted and the anthem was played, the athletes began marching through the stadium. The Canadian team was led by speed skater Isabelle Weidemann, a three-time medalist at these Games, who was unveiled as the flag bearer on Sunday morning in Beijing (Saturday evening in Canada). Weidemann won one medal of each color – gold, silver and bronze – as part of a successful Team Canada campaign that saw the country win a total of 26 medals: four gold, eight silver and 14 bronze.

Just over 100 of the 215 Canadian athletes who competed were still in Beijing at the end of the Games to attend the closing ceremony.

“As we celebrate our Olympians and their 26 medals, let us also recognize the years of training, sacrifice and perseverance it took them to get here and the many challenges they had to overcome, including the pandemic. of COVID-19,” Trudeau said. “With courage and dedication, all members of Team Canada delivered incredible performances at this year’s Games, inspiring Canadians of all ages.”

As the athletes marched, a traditional Chinese knot appeared on the stadium floor to mark China’s connection to the world and the Olympic spirit of unity. The node was rendered with augmented reality (AR) technology and presented in high definition – no physical node was present.

As the athletes entered to the sound of Beethoven’s infamous music Ode to Joygiant skates in the shapes of the 12 animals that make up the Chinese zodiac raced across the stadium floor.

Short track speed skater Charles Hamelin, who competed in his fifth and last Games and won gold in the men’s relay, said the team was still relishing their victory.

“We’re still on track to party and have fun with everyone,” Hamelin said. “It’s something you get [to do] only once when you’re at the Olympics.”

As is customary at the closing ceremony, a medal ceremony for a late event took place. In this case, cross-country medals were awarded for the free events of the women’s 30 km and the men’s 50 km mass start. In previous Olympics, a medal ceremony was only held for a men’s event. But starting last summer in Tokyo, medals were handed out in a men’s and women’s event, in an ongoing effort to bring more gender equity to the Games.

After a moment to recognize the many Games volunteers and an introduction to the new members of the IOC Athletes’ Commission, some Canadian content appeared in the soundtrack of a video montage of Games highlights. The highlight reel accompanied the song You can have it by Hamilton, Ont., Arkells Group, featuring K.Flay.

Before the Greek flag was hoisted and the anthem played, it was the usual time of remembrance. For Beijing, this included a willow twig, which is given when two good friends part ways, a custom that dates back thousands of years in China. The Chinese character for “willow” is also a homophone of the character for “staying” or “longing”, making the willow a symbol not only of friendship, but also of longing for loved ones.

As the Olympic flag was lowered, the Malanhua’er Children’s Choir from Fuping Country, Hebei Province returned for the closing ceremony to sing the Olympic anthem. As it is customary to wear new clothes after the Lunar New Year, the children wore different costumes decorated with designs representing prosperity for the New Year.

The children sang the Olympic anthem in Greek, which took them three months to learn.

The flag was then handed over to the mayors of Milan and Cortina d’Ampezzo, Italy, which will host the next Winter Olympics in 2026. Organizers note that Milano Cortina 2026 will mark the first time an Olympic Games will be hosted by two cities, two regions (Lombardy and Veneto) and two provinces (Trento and Bolzano), representing two distinct but complementary spaces: the city and the mountain.

Just as Beijing 2022 marked the first time a city hosted two Olympics (the first was the 2008 Summer Games), Cortina hosted the Winter Olympics in 1956.

The organizers of the 2026 Games had a few moments during the closing ceremony to preview the event and chose to highlight the main vision: harmony between man and nature. First, the Italian anthem was performed by two musicians from both regions, singer Malika Ayane and violinist Giovanni Andrea Zanon.

Viewers were then taken on a video tour of the two cities alongside two unknown characters, who then appeared live in the National Stadium to perform a pas de deux as the souls of the mountains and the city, showing the importance of a “respectful dialogue”. between man and nature.

In the spirit of sustainability, some 92% of the venues for the 2026 Games already exist.

Viewers can watch the broadcast via the live stream above or the live streams below, which will feature the closing ceremony in your choice of described video, American Sign Language or Eastern Cree.

Watch the festivities come to an end on Day 16 of the Olympic Winter Games Beijing 2022 presented with described video. 0:00

Watch the festivities wrap up on Day 16 of the Beijing 2022 Winter Olympics presented in American Sign Language. 0:00

Watch the festivities come to an end on Day 16 of the Beijing 2022 Olympic Winter Games. Featured with commentary in Eastern Cree. 0:00