VOX POPULI: Was the gift of ancient China to Japan a rush job after all? 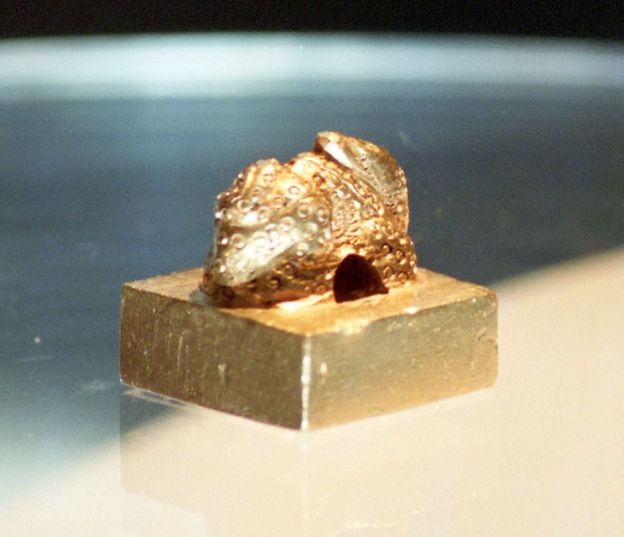 The Golden Seal of the King of Na, a national treasure that Japanese schoolchildren find in history textbooks, dates from the first century.

Having heard of a successful attempt to reproduce this seal with techniques employed at the time, I went to see the result at Fukuoka Prefectural High School.

The original seal is believed to have been granted by Emperor Guangwu of the Later Han Dynasty to a diplomatic envoy sent from Na State of Wa (Japan).

The artifact was discovered in the late Edo period (1603-1867) on Shikanoshima Island in Fukuoka Prefecture. Due to the questionable circumstances in which it was found, its authenticity is disputed by some experts.

The reproduction was made by Kyushu Chukin Kenkyukai (Kyushu Metal Casting Research Group), made up of archaeologists and engineers and led by Yohei Miyata, 62, a technical art professor at the University of Training teachers from Fukuoka.

For four years, the team has continued to experiment with ancient techniques, in particular a lost wax process. With each failed attempt, they remelted the ingot to increase accuracy.

“I was surprised how much the level of perfection differed between the handle and the face of the seal,” noted Kiyoshi Endo, 72, a metal casting artist.

The face has been engraved with great precision with five Chinese characters which imply that the seal was given by the Han dynasty to the king of the Na state of Wa.

But the handle, which has the shape of a coiled snake, is hardly refined.

Endo understood why when he heard the theory that the seal maker, having mistakenly thought Japan was north of China, first used the design of a camel and then remade it. into a snake after learning that Japan was south of China.

As I peered into the large snake on the handle, it started to make sense when I remembered that the creature was originally meant to be a camel. The serpent’s scales seemed to have been hastily carved.

I could almost imagine hearing the seal maker cursing himself, “Shit. Japan is not a northern country.

For the superpower of 2,000 years ago, it may have been just a minor diplomatic blunder. And as for the Japanese envoy who traveled to the capital Luoyang, I’m sure he could never have imagined that the golden seal presented by the emperor was the result of hasty work.

Vox Populi, Vox Dei is a popular daily column that covers a wide range of topics, including culture, arts and social trends and developments. Written by veteran writers from Asahi Shimbun, the column offers helpful perspectives and insights into contemporary Japan and its culture.