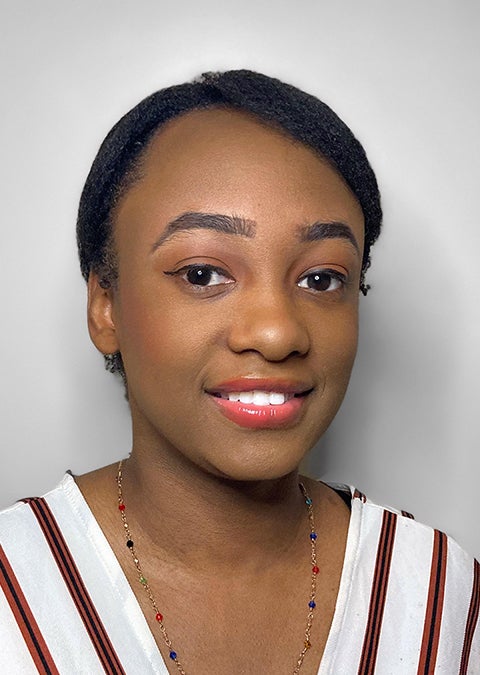 That’s what Dina Louis told her class while teaching at William E. Tolman High School in Pawtucket, Rhode Island, in the spring 2022 semester, ahead of her undergraduate start in May.

Louis, a triple major in Secondary Education, English and Chinese from Johnstonunderstood the COVID-19 exhaustion her students were feeling and was determined to keep them – and herself – motivated in the classroom.

Upon entering his classroom, the students did not want to talk to anyone or work in groups. They expressed their aversion to writing or any other type of verbal expression. She knew she had to do something to pique their interest and get them to talk to each other.

“I used technology and developed interactive educational games,” she said. Adding a little humor along the way also helped, she said.

Louis could relate to his students’ initial sense of isolation. She was 6 years old when her family moved from Haiti to the United States, speaking only French Creole. She felt frustrated hearing a language she didn’t understand and had trouble making friends. To help him learn English, his mother, who spoke English, read him stories. Before long, Louis was making up his own stories and reading in English.

She even encouraged her friends to wear makeup and share their stories.

“I guess I wanted to be a teacher since I was little,” she said.

“The only thing I didn’t know was the language,” she says.

A move to Rhode Island brought her to the University of Rhode Island to further her education in English and Chinese, with plans to become a high school English teacher.

From his first year, Louis wanted to encourage more students to embark on teaching and create a community to exchange ideas and practices, and discuss expectations and difficulties.

In 2021, Louis and his friend Caroline Kennedy co-founded the URI chapter of Educators Rising, a national community movement, in which teacher preparation programs in institutions of higher learning, with the support of state departments of l education, local funders and foundations come together to provide a pathway to increase the quality and diversity of teachers.

“A lot of people stop teaching because they feel lonely,” she said. “We tell teacher candidates exactly what to expect and why we became teachers,” she said.

As part of her undergraduate studies, Louis also enrolled in URI’s Chinese Flagship Program, which offers intensive Mandarin Chinese courses to increase her skills and progress towards professional fluency.

“I learned so much about other sides of the world,” she said. “I found it easier to identify with people who live differently from me.”

This knowledge extends to his students in the classroom. “I tell them it’s okay to be different.”

Graduating in May with three majors and a 3.98 GPA, Louis is ready to take on her next role as an educator and wants to master teaching and learning.

“If I can learn Chinese, I can learn anything,” she said. “If there’s an obstacle in my way, I’m not going to put it there.”

Eventually, she would like to pursue graduate studies in ESL (English as a second language), a subject she knows only too well, and pass on to her students the lessons she learned by becoming an English speaker.

“Dina Louis is an inspiring and future teacher of English and Chinese,” said Diane Kern, Acting Director of URI’s School of Education. “She excelled academically in a triple major and has proven herself as a dedicated leader. She co-founded an Educators Rising Collegiate chapter, which mentors aspiring educators while at URI. Dina will definitely be a Rhode Island educator to watch and learn from in the future.