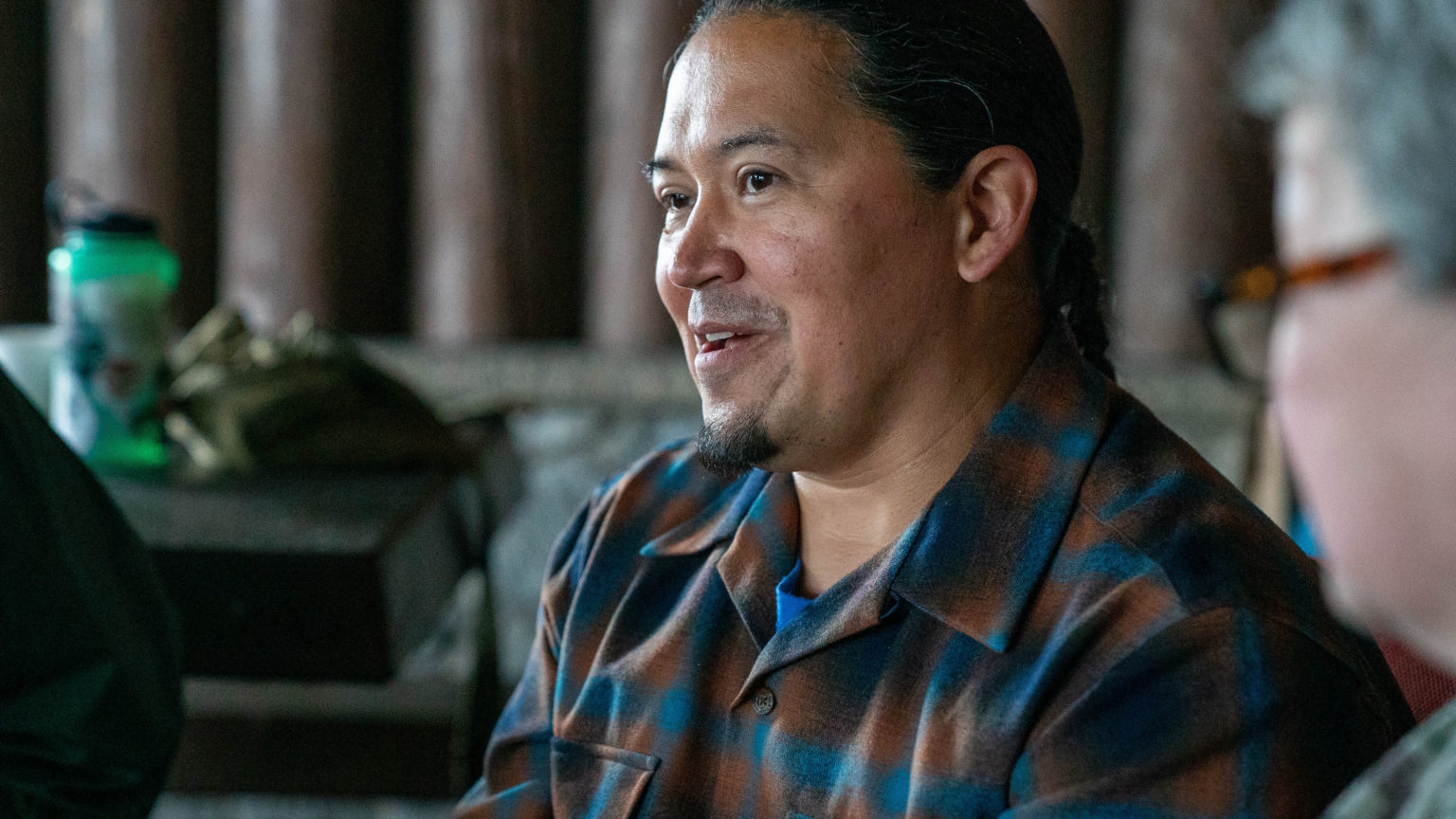 X̱ʼunei Lance Twitchell teaches Alaska Native Languages ​​at the University of Alaska Southeast. He started listening to podcasts years ago, long before he even considered starting one.

“And then I started thinking, ‘Well, where are the indigenous voices?’ “, he said.

He says he’s found podcasts on just about everything from true crime to decolonization and anti-racism. But he says he hasn’t heard of his life’s work: language revitalization.

The name Twitchell is virtually synonymous with a growing Native language movement in Southeast Alaska. It teaches students that Indigenous language is fundamentally tied to culture and identity – things that colonization has tried to extinguish.

He taught throughout the region. He writes Lingít language textbooks and a dictionary. And he pushed the state to incorporate indigenous languages ​​into curricula and daily life as part of the Alaska Native Languages ​​Advisory and Preservation Council.

Now he’s the host of a new podcast called Tlél Wudakʼóodzi Ḵaa Lʼóotʼ – or Tongue Unbroken, if you don’t speak Lingít yet. The first season was launched in August. It is a platform for people doing language revitalization and decolonization work across North America.

Listeners will hear about a Lakota language teacher fighting for data sovereignty at Standing Rock, a Nanticoke tribesman in Delaware who is bringing his language back from dormancy, and a member of the Cherokee Nation on blood quantum and identity.

He and his guests have serious conversations – Indigenous languages ​​in Canada and the United States are in danger after years of colonialism and government policies aimed at erasing Indigenous culture. His approach highlights the successes in language revitalization work without ignoring the challenges.

“By doing this work, you are engaging with a lot of people who are resisting you and who are active in the resistance,” he said. “When you resist decolonization, if you resist language revitalization, then you are on the side of genocide, white supremacy and racism. And now I have a platform to kind of share some of those things.

He says he has felt resistance as an advocate for the language before the legislature and even in academia. But he has come a long way. This year alone, UAS began offering free Alaska Native language classes. He says that when he arrived, many language programs were shrinking. Now, he says, so many people want to take classes that the university may need to hire more instructors.

Twitchell was supported by iHeart media’s Next step, which aims to train creators from underrepresented groups in the art of podcasting. He says the podcast gives him the opportunity to speak candidly about how language revitalization relates to decolonization.

“There are all these terms that exist, like ‘cancel culture’ and ‘awakening’ and everything. But I think these terms are used to stop people talking about fairness. And we’re not going to do that,” he said.

Twitchell says he hopes this is another step towards normalizing the use of Indigenous languages ​​in mass media.

“We’re only part of the things everyone else is,” he said. “Because you are all on our land. So you can’t just pretend we’re not there.

The guests vary, but the podcast is also personal. Twitchell shares stories from her life and stories passed down to her. He interviews his own children, who understand the Lingít.

These links are the point. Twitchell says the name of the podcast, Tongue Unbroken, uses the verb Lingít which refers to how a string can break. But in this context, he says, it means an unbroken chain of communication.