To tell the Catholic story this week, you need both Munich and Mustafa 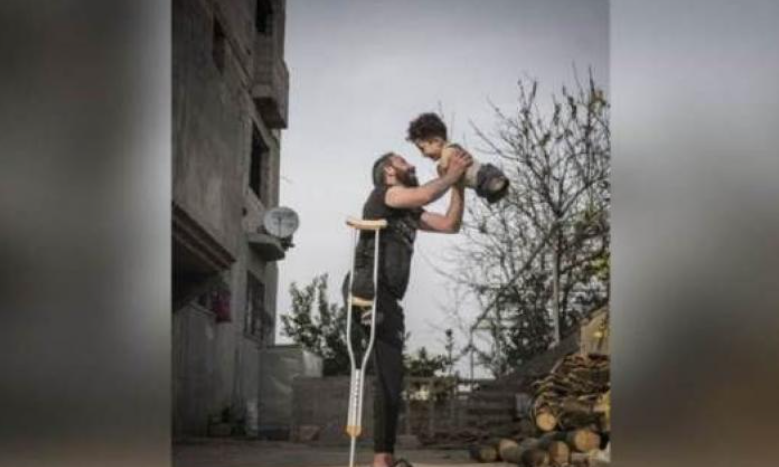 KEY WEST, Fla. — Over the centuries, the Catholic Church has often led the pack in two distinct specialties: breaking your heart, then stitching it back together with a new infusion of hope. Last week brought classic examples of both.

From Munich, we received a report from a law firm commissioned by the archdiocese documenting nearly 500 cases of clerical sexual abuse spanning 74 years, including four abusers who served under the watch of the future Pope Benedict. XVI when he was Archbishop of Munich. from 1977 to 1982.

Whatever one makes of the report at the level of detail – and there is already vigorous debate over its claims about then-Cardinal Ratzinger – overall it is another depressing reminder of how the abuse scandals devastated both the moral credibility of the church and also its internal morale.

But beyond Munich, there is also Mustafa. This is a 5-year-old Syrian child born without limbs due to a developmental problem during pregnancy, apparently caused by his mother inhaling chemical weapons during an attack by government forces during the Syrian civil war. His father, Munzir al-Nazzal, also lost a leg during the conflict.

An Italian photographer’s photo of the two playing together has gone viral after winning a photo contest in Siena, and a photo-inspired collection has raised over $100,000 to fund prosthetic treatment father and son need .

Now the whole family, which also includes two sisters and the mother, Zeibab, has left their refugee camp in Turkey to settle in Siena, a move organized by various civil organizations led by the Archdiocese of Siena-Colle and the Catholic charity Caritas. , which already had a strong presence in Turkey to help refugees. The family will live in an apartment made available by Caritas on their journey to the Vigoroso prosthetic center near Bologna for necessary medical treatment.

In other words, the al-Nazzal family, which has experienced more than its fair share of life’s hardships, is getting a fresh start thanks in large part to Catholic leadership and energy. If there was ever a story of hope, this must be it.

These are the two faces of Catholicism, which may alternately grow and wane, but which are always, inextricably, woven together. Focusing on one without the other, celebrating hope or condemning grief in isolation, inevitably fails to tell the whole story.

As for the Munich report, most of the media attention naturally focused on the section concerning Benedict XVI.

For starters, it must be said that given the time frame involved and the miserable manner in which the church responded to allegations of abuse more than 30 years ago, it would be a profound statistical anomaly if there were not was no case during the Ratzinger years. . In some ways, given the size of the archdiocese, it is remarkable that only four such cases have surfaced.

Additionally, it is also important to point out that of the four Ratzinger cases cited in the nearly 2,000-page report, in one case the authors themselves ended up giving him a clean bill of health because there was no has no factual basis to assume that he had knowledge of the abuse: “In this context, [the experts] no longer see any reliable basis for continuing from the originally supposed knowledge and for critically evaluating the actions of Archbishop Cardinal Ratzinger in this case, as was done in the preliminary assessment. On the contrary, they consider him as generally exculpated.

The most infamous case of the four concerns a priest named Peter Hullerman, originally from the diocese of Essen and later transferred to Munich. This case came under intense scrutiny in 2010, when it first came to light through a report by the German newspaper Suddeutsche Zeitung. At that time, the archdiocese’s former vicar general, Father Gerhard Gruber, took full responsibility for the decisions that allowed Hullerman to serve in Munich unhindered and stressed that he never discussed the question with Ratzinger.

We’ll have to see what emerges regarding the other two cases, and if any others now come to light. Given Pope Benedict’s aggressive track record of rooting out abusers of the priesthood, including the secularization of more than 400 in one year of his pontificate, there is certainly no reason to believe he was ever a a conscious co-conspirator to cover up abuses, even though his management during the Munich years suffered from the same shortcomings as the rest of the church at the time.

Haggling over who dropped the ball and who didn’t, of course – while essential to the historical record – can never diminish the terrible reality that hundreds of people suffered abuse at the hands of Catholic priests in Munich alone.

As for Mustafa, Caritas in Siena has pledged not only to provide accommodation, but also to pay for the family’s food expenses and pocket money. They also volunteered to help them build relationships in the city to aid the integration process in Italy, including learning the language – a task presumably much easier for the young children than for the mother. and the father.

(The language school will, however, have to wait until the family has completed the mandatory COVID quarantine in Italy for newcomers who are not fully vaccinated.)

Cardinal Augusto Lojudice of Siena is said to have played a key role in working with the Italian Foreign Ministry to secure the necessary entry visas for the family and overseeing assistance plans now that they are in the country. Coincidentally, Lojudice, 57, is currently being considered among the candidates to succeed Cardinal Gualtiero Bassetti of Perugia as president of the Italian episcopal conference when Bassetti turns 80 in April.

Although Mustafa’s future is uncertain, it seems highly likely that he is happier now than before the involvement of the Catholic Church.

That, in a nutshell, is Catholic history. For anyone paying attention, the past week has brought both agony and ecstasy, both pain and pride – just as the Church has done, often on a weekly basis, over the 2000 years, and will undoubtedly continue to do so until the end.