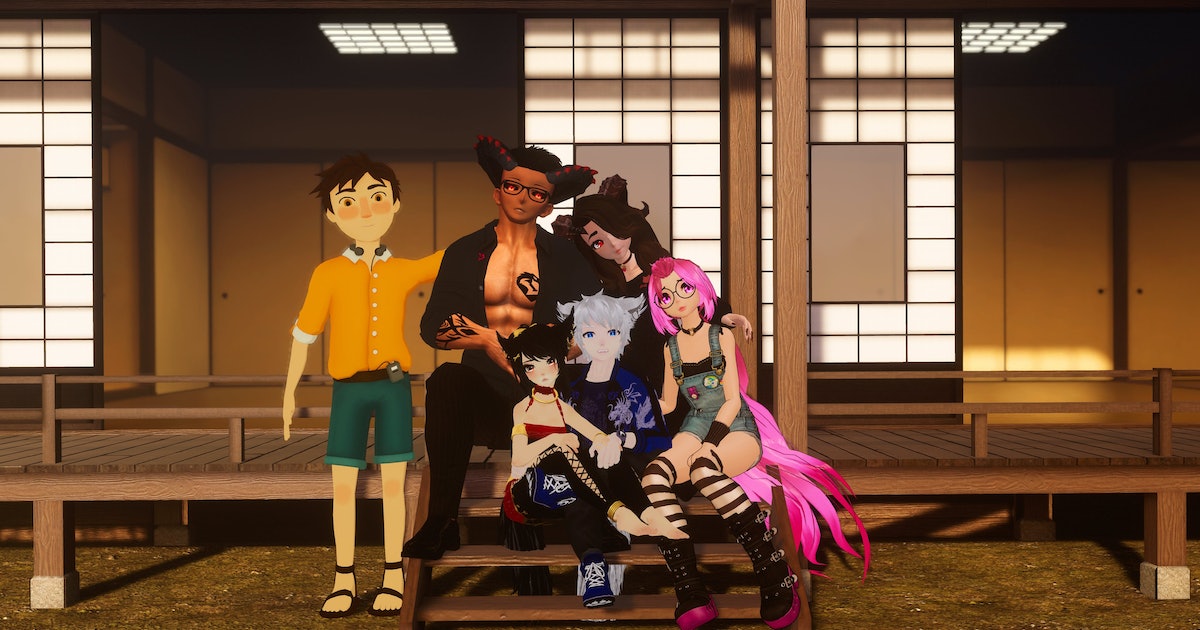 There’s something wrong with Meta’s ads for Horizon Worlds, the social virtual reality app the company hopes will one day be a big part of its current vaporware — I mean In progress — “metaverse”.

It’s not that the ads are lame, exactly – although plenty of people spent a day in the field soaking up the corporate tone and apparent lack of perspective – it’s that they don’t capture what real-world communities already deeply immersed in VR love about the technology, or what’s currently possible in Horizon Worlds in the first place.

Real VR users — We met in virtual reality, a documentary premiering in the 2022 Sundance Film Festival’s World Documentary Competition offers an interesting counterexample. Filmed entirely in popular social virtual reality app VRChat by director Joe Hunting, it manages to not really look at or essentialize people who regularly spend time in virtual reality, but to show how they use it to supplement their real lives. Oddly enough, this is great publicity for the post-internet world. Meta thinks he could play an important role in the creation, while showing that it may not be as necessary or post-irrelevant as the company thinks.

VRChat is a bit like the wild west of virtual reality. It’s found on all major VR platforms and yet offers much of the flexibility people expect when thinking about digital avatars in user-created spaces. From recreated furry-hosted Zillow lists to less…eclectic worlds research papers, VRChat already does what Horizon Worlds does, just in a way that’s less locked or buttoned, and even more, actually driven by users who use the app every day. If VR makes you think of the chaotic battle scenes between licensed characters from Loan player one, VRChat is not far away.

Notably, his avatars also have legs.

Chasse bases his documentary on human experiences, filling his cast with a dancer trying to balance building a dance education business in VR with a long-distance relationship, a couple who met during the pandemic who can’t wait to finally meet in real life, and an ASL instructor working at Helping Hands, a user-run sign language school. They all relied on virtual reality to stay connected during the pandemic and find some degree of social fulfillment by simply living in virtual worlds for part of their day.

Balance – While We met in virtual reality highlights the fun of virtual reality – all shot in a natural way with a VRChat plugin called VRCL lens – it shows how many topics focus on aspects of technology that are already possible with the internet that we have today. A non-binary VRChat user tells Hunting he appreciates how the technology connects them to people on the other side of the world, allows them to maintain their anonymity and have more control over how they present themselves visually. These have all, in one way or another, been possible since the conception of the Internet.

The two couples of the documentary tracks also demonstrate another balloon-deflating aspect of regular VR use. As much as they enjoy spending time with each other’s digital avatars in VR, even recreating scenarios in VRChat where they hop on planes to see each other, they’re all looking forward to doing it in person.

I don’t want to underestimate the feeling of space or embodiment that an immersive VR experience can give you, and ways that could be improved with even better VR hardware – many of the experiences the doc shows are just possible with HTC Vive Trackers. That’s just it We met in virtual reality makes it clear that people are already living in the world that Meta is trying to sell. And they do so without abandoning the real physical world or inviting unknown levels of corporate surveillance. That way virtual reality isn’t the next thing, it’s perfectly fine to be an increasingly mainstream companion to the online world we already have.