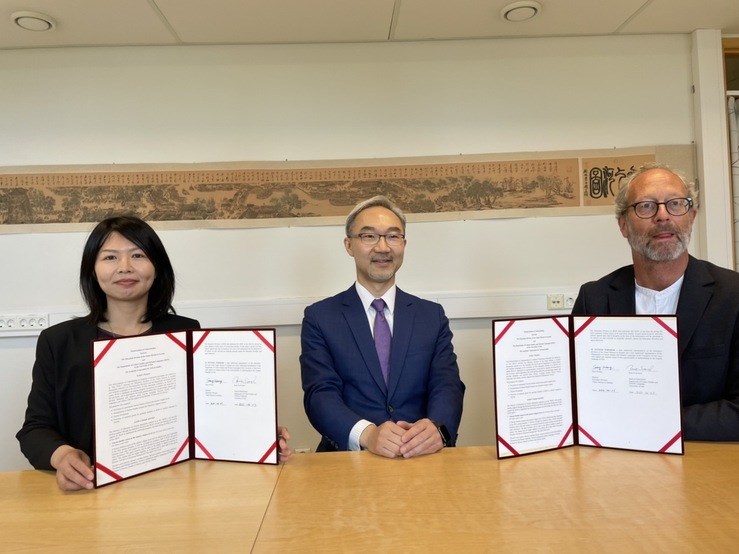 Stockholm, July 23 (CNA) The Department of Cultural Studies and Oriental Languages ​​(IKOS) at the Norwegian University of Oslo has announced that it will offer many Taiwan-related seminar courses between 2023 and 2025, in the hope to become the Taiwanese research center. studies in Northern Europe.

Experts and authorities engaged in studies of Taiwan’s indigenous peoples and environmental research inspired by Buddhism will be invited to the university as short-term guest lecturers, while postgraduate students will have the opportunity to visit to Taiwan for short-term research.

The mastermind behind the creation of the program is Professor Halvor Eifring, who teaches Chinese studies at IKOS.

According to Eifring, the program is on track for its official launch with the support of the Taipei Mission in Sweden.

The first group of IKOS students in Taiwan will arrive this fall and will stay for six months to a year to learn Chinese at National Chengchi University and National Taiwan Normal University.

In addition, Eifring said IKOS has established close ties with Taiwan in the academic field in recent years.

As it has become more difficult for scholars and graduate students to conduct research in China, a number of IKOS professors are no longer able to obtain visas to enter the country, he said. .

Along with China deciding to maintain a strict COVID-19 response policy, Taiwan’s democracy has become a more preferable environment for IKOS to launch research partnerships, he said.

Currently, IKOS has put Taiwanese studies at the center of its research strategy for the next 10 years, he noted.

The department hopes that it will become the hub for Taiwanese studies and research in Northern Europe, serving as a platform that could connect Taiwanese studies scholars around the world and, prospectively, the central link to the creation of a European research association in this field. regard, according to Eifring.

The program is not the University of Oslo’s first Taiwan-themed symposium. In the fall of 2021, the university had held a seminar on Taiwan Matters which was well received by students.

While the pandemic prevented the possibility of a seminar in 2022, the success of the event in 2021 arguably helped cement the possibility of the upcoming program. Taiwan’s Ministry of Education (MOE) announced on June 26 this year that a Memorandum of Understanding had been signed between the university and the Taipei Mission Education Division in Sweden.

According to Taiwan’s top representative in Sweden, Vincent Yao (姚金祥), the de facto embassy also intends to explore collaboration with the university in semiconductors and biomedical research. He added that Svein Stølen, the rector of the university, has been invited to visit Taiwan.

The Taiwan Research Seminar Program was launched in 2003 by the MOE and a number of well-known universities around the world, aiming to promote Taiwan’s soft power and enhance its global influence.

Since then, 44 programs have been conducted with 43 universities in 20 countries and territories.

The Taiwan Research Seminar Program is the first time that Norway has entered into such a partnership with Taiwan, and is also the first long-term symposium launched in higher education schools in Northern Europe.