The Runner | KPU Nursing Instructor Running for Surrey School Board 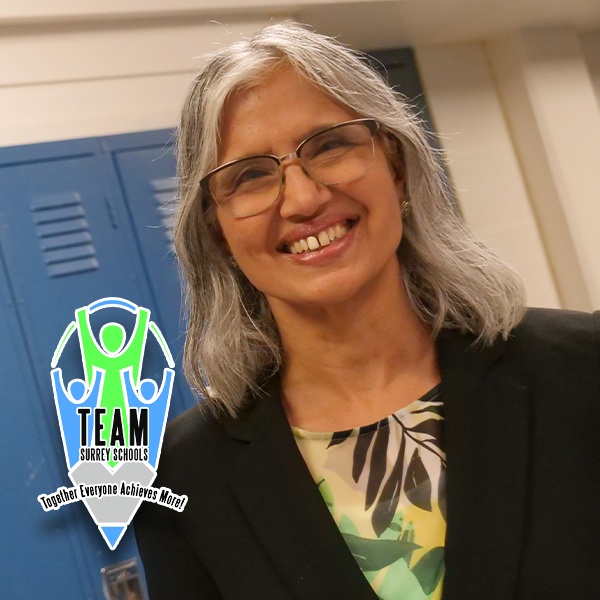 TEAM Surrey Schools is a new team and their goals for the community are to support pupils, teachers and families by giving them a suitable learning and teaching space and to help the ‘journey to success as that community”, according to their website.

Gurm says the launch happened that day because she wanted everyone to attend and get to know TEAM Surrey schools. The event began with an Aboriginal welcome from Harley Chappell, Chief of the Semiahmoo Nation, and the candidates made their own presentations.

Participants were able to write comments on what they thought TEAM Surrey schools should prioritise, and if anything was missing from their speeches and platform.

During the event, Gurm gave a speech about why she decided to run as a school trustee. One of his reasons is to “create a space within the school system where everyone feels valued, cared for and supported.”

It’s hard to control what happens in a person’s home, but a school can actively become a safe place, she says. She initially wanted to run as an independent candidate, but decided having a team was a good way to make a difference as a school trustee.

She wanted a diverse team with the same goals and values ​​as her, such as respect, inclusion and support for everyone. Since she resides on Indigenous lands, she has also given prominence to the Truth and Reconciliation Commission.

“Having a diverse team, having multiple points of view, because that’s what makes a good decision. We wanted it to be representative of what Surrey looks like today,” says Gurm.

“We don’t promise the moon or anything. All we promise is that we will be the voice of the community, the role of the school board and we will keep the community informed. We will be very accountable and transparent. We will create inclusion from top to bottom.

Alongside his work at KPU and NEVR, Gurm also educates “cities and professional bodies” about diversity and inclusion. From her work, she learned that change must be brought from above to be reflected throughout the organization.

By creating a safe space for students, Gurm wants to ensure that TEAM Surrey Schools prioritizes students who learn differently, students who speak another language in addition to English, students with special needs and all the other students.

“We have to find a way to help [students] be the best they can be, whatever is for them and whatever is within their limits,” she says.

Gurm says she is on leave until the election and will be in her semester without teaching. She says she will assess her role on the school board, see what the time commitment is, and then determine if it will be too much while teaching full-time at KPU.

Voting for the Surrey School Board will take place on October 22, with advance voting on October 5, 8, 9 and 12.