The educator writes what she knows for a new winner 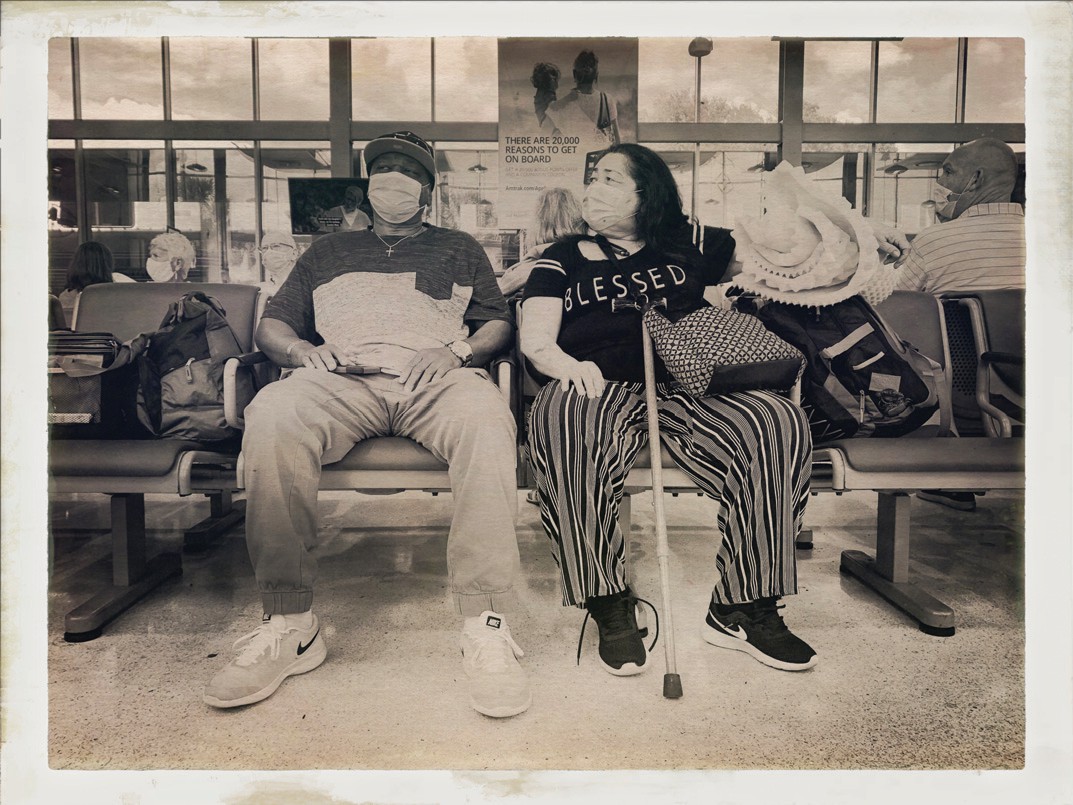 The real story behind the photo: Eric Strachan, editor of the Naples Florida Weekly, took this photo last summer, during the height of COVID, at the Sanford Amtrak station while he and his son waited to catch the train automatic for Lorton, Va., just outside Washington, D.C. “After checking in the car, we learned that there was a delay in the incoming train – a delay that would in turn delay our departure by three hours”, Mr. Strachan said. “Then it turned into a five-hour departure delay. Bored, I took a few pictures here and there. I loved this woman’s “Blessed” t-shirt, which reminds us that life can sometimes be boring with things like travel delays, but we still have plenty to be thankful for.

Vernann Raney was vacationing on Sanibel Island with her husband and two adult daughters from Grand Junction, Colorado, when she picked up a copy of Florida Weekly and read round five of our 2021 writing challenge. C It was Saturday, October 16 and the deadline to enter was 5 p.m. the following day.

Retired two years ago from a career as a reading/language arts teacher and middle school administrator in Grand Junction, Ms. Raney had taken a course called “Women Writing for Change” and knew she was up to the challenge.

She sat down at the table in her condo rental on the beach and wrote. Her first draft was significantly over the maximum word count of 750. After sorting through it and considering a few suggestions from her husband, she returned to the keyboard and ended up with her final version of 749 words soon after. At 8:51 p.m. that night, she pressed send to enter “Blessed” in the writing challenge.

When the competition closed several weeks later, our editors ranked Ms. Raney’s story #8 out of more than 600 entries we had received over the four months of the challenge. 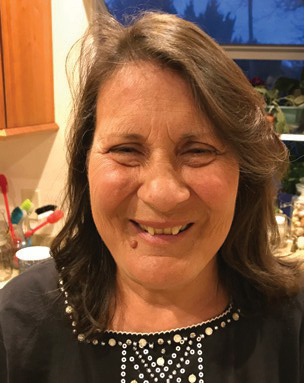 Ms Raney said one of the things her “Women Writing for Change” instructor told the class about writing fiction was “that you should write what you know, at least to start with”.

“Blessed” was a reflection of that first lesson.

“My father was raised in an orphanage and had a family before us that we knew nothing about” – until she was 50 and one day she received a phone call from a man who asked her: Is your father’s name Vern?

Her father, Vern, had died two years earlier. “This man had been looking for me,” she said. “I thought he was looking for money. But to find out, he just wanted a connection.

“When I first heard his voice, it was deja vu. It was like I was talking to my father…same voice, same inflection. It was strange.” She got to know her half-brother a little, “but it was awkward,” she said. “He was angry that we existed; he felt robbed.

The “write what you know” part of his teacher’s advice continued to play out as “Blessed” took shape.

“A few years ago, my sister, who is 12 years younger than me, developed a disease that forced her to undergo a liver transplant. On July 12, 2018, I became his donor,” she said. “Today she is happy and healthy and has returned to her nursing job.”

Ms. Raney will always be a supporter of liver transplants. “You can do that,” she said. “It can be done. For me, it was low-key activism.

On the morning of our interview in March, she was preparing for her third day back at college where her teaching career began in 1987. She was asked to come out of retirement to replace the principal, who died of COVID. “With such a shortage of teachers and administrators, I couldn’t say no.”

She said she continues to keep a journal and practice writing memoirs. “I know it will be a big help in adjusting to my return to work.”

She also said the family would definitely return to Sanibel. “For sure! We fell in love with it all…the shelling, the walking, the “Ding” Darling National Wildlife Refuge.

We hope that Ms. Raney will also return for our 2022 writing challenge. The 11th annual competition will begin in our editions from June 1-2 and will continue from September 28-29. Each of the nine series will offer a photo prompt to inspire our readers’ creative writing muses.

A deep baritone voice gently touched his ear. Where had she heard that voice before? It was a voice that could wrap her in its gentle embrace or bring her to attention at any moment. She was sitting at the airport next to a man who was talking on a cell phone. She listened to his one-sided conversation. He put the phone down and looked straight ahead. She turned her body more to see this gentleman better. Her hands were on her knees. They were calloused and ravaged by arthritis. Again, she felt like she had seen those hands before. They were like the hands of his long-dead father. She remembered studying her father’s hands for hours and marveling at the length of his fingers. Every nail cut to the very edge of existence but so perfectly oval and pearl-colored in a sea of ​​brown. Hands that could hold a tiny hand, pull a flat tire, or gently plant seeds in the ground.

“This fucking COVID,” she thought, staring at his face. “If only I could see his nose, his mouth and his chin.” Her eyes however were visible above the mask and she noticed that they were deep seas of dark chocolate that shimmered with joy and memories. He didn’t notice that she was staring at him with unobstructed curiosity. His cheeks were lined with numerous wrinkles, free from mustaches, moles or freckles. His skin looked soft even though the wrinkles indicated he had spent his whole life outside and she had a fleeting memory of nuzzling a similar cheek when she was little.

Why did this man look and sound so familiar? “Excuse me,” she said, “but I couldn’t help hearing that you’re about to be a liver donor.”

After a while he replied, “Yeah, I thought it was my civic duty and our church talked about people needing living organ donations. I am in good health except for my arthritis and found out my blood type was A positive. After that, they found someone who needed part of my liver. I’m flying to the Mayo Clinic in Phoenix to do the procedure right now.

She looked down at her long fingers and remembered that she was also positive. “Are you afraid to die?

He replied, “I had a good life! I didn’t know I would say that when I was a little boy. I knew my father for a few years, then he got up and left me and my two brothers. It was quieter back then because my mom and dad didn’t always fight but my mom used drugs and couldn’t keep the habit and a family together at the same time and within a year , my brothers and I in foster care. We were tossed around from family to family, but eventually ended up with the nicest people who adopted my brothers and me. My brothers have their names but I kept our surname. I tried to find my real father for many years and even heard that he had another family, but I never located him or his new family. They say it is not a dangerous procedure and my chances of survival are strong. Besides, I will help someone else to live. The doctors were surprised at how close the recipient and I are.

She shifted in her seat, as a wave of nausea washed over her. When she was little, her father worked in the garden and asked her to bring her wallet home. She was curious about the wallet and opened the leather folds while out of sight of her father. There were plastic photo holders that were yellow and brittle with age. Inside the plastic sleeves were the pictures of her two sisters and her brother. She nearly put it back in place when she noticed a picture sticking out of one of the inside pockets. It was a picture of three little boys. Who were these three boys? She was dying to ask, but a man’s wallet was private, so she couldn’t admit she had seen it. She put it away and took it home.

She blinked at the memory as she came back to the kind man’s voice. “Where are you heading?” he asked gently.

“I’m going to Phoenix – for a liver transplant.” ¦