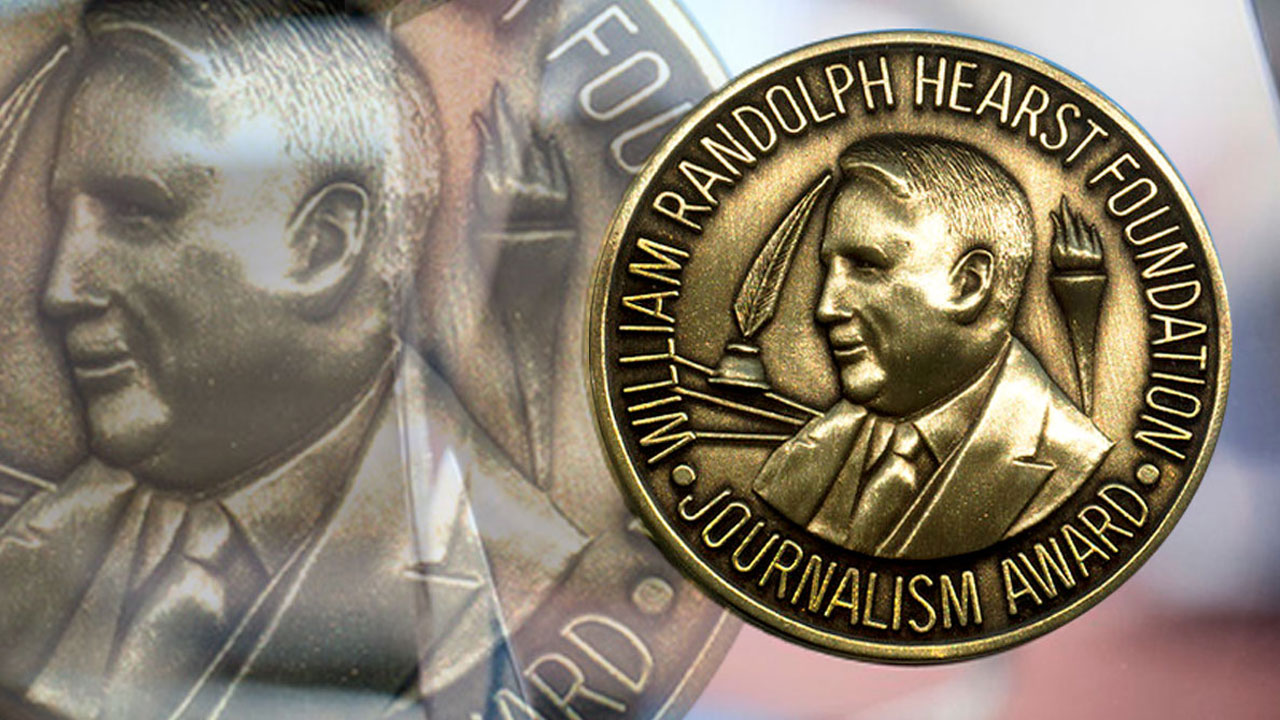 ASU’s Cronkite School placed third overall in the prestigious Hearst Journalism Awards program and placed in the top five in the writing, photojournalism, and television categories.

The Hearst Journalism Awards, often called the Pulitzers of College Journalism, hold monthly competitions for writing, audio, television, photojournalism, and multimedia reporting, culminating in a national championship in those categories in late spring.

ASU also earned third place for photojournalism, fourth in the writing category, fourth for audio and television, and eighth for multimedia.

After the monthly contests, Cronkite student Alberto Mariani and recent graduate Kiera Riley were selected to compete in the 2022 Hearst National Journalism Awards Championship, in which the winners of the individual contests competed in a live contest that was to report, write and photograph stories.

Mariani placed third in the Photojournalism Championship and received a $5,000 scholarship, as well as a Hearst Medallion. He also received an additional $1,000 scholarship after receiving the best portfolio from the semi-finals.

Mariani previously placed first in the Photojournalism I category for News and Features in the monthly competition.

“Being able to participate in the national Hearst Awards competition was an incredible experience, and winning something at the end made it even more special. However, the most rewarding part of the championship was meeting and spending time with five other extremely talented photographers, as well as the opportunity to talk and share ideas with some of the most knowledgeable editors and professionals in the industry,” said Mariani.

Kiera Riley received a $1,500 scholarship after being named a finalist in the Writing category. She also received an additional $1,000 after her story was named Article of the Year. Riley placed second in the monthly Features category competition for her story “Dubbing ‘Star Wars: A New Hope’ into Navajo Language” before being selected for the championship.

“Being a finalist at Hearst was the highlight of my college career. I had the privilege of meeting and learning from some of the most talented journalists in the field. It was such an honor,” Riley said.

Here are the students who ranked in the monthly competitions:

Photojournalism I – News and reports

14: Drake Presto, “Herberger student who lost his job due to Covid-19 starts his own business selling vintage clothes”, The State Press

18: Samantha Byrd, “‘It Was Open Country’: Gadsden Resident Reflects on Life Along the Border”, Cronkite News