The Cantonese Language Program at SF City College Push To Save 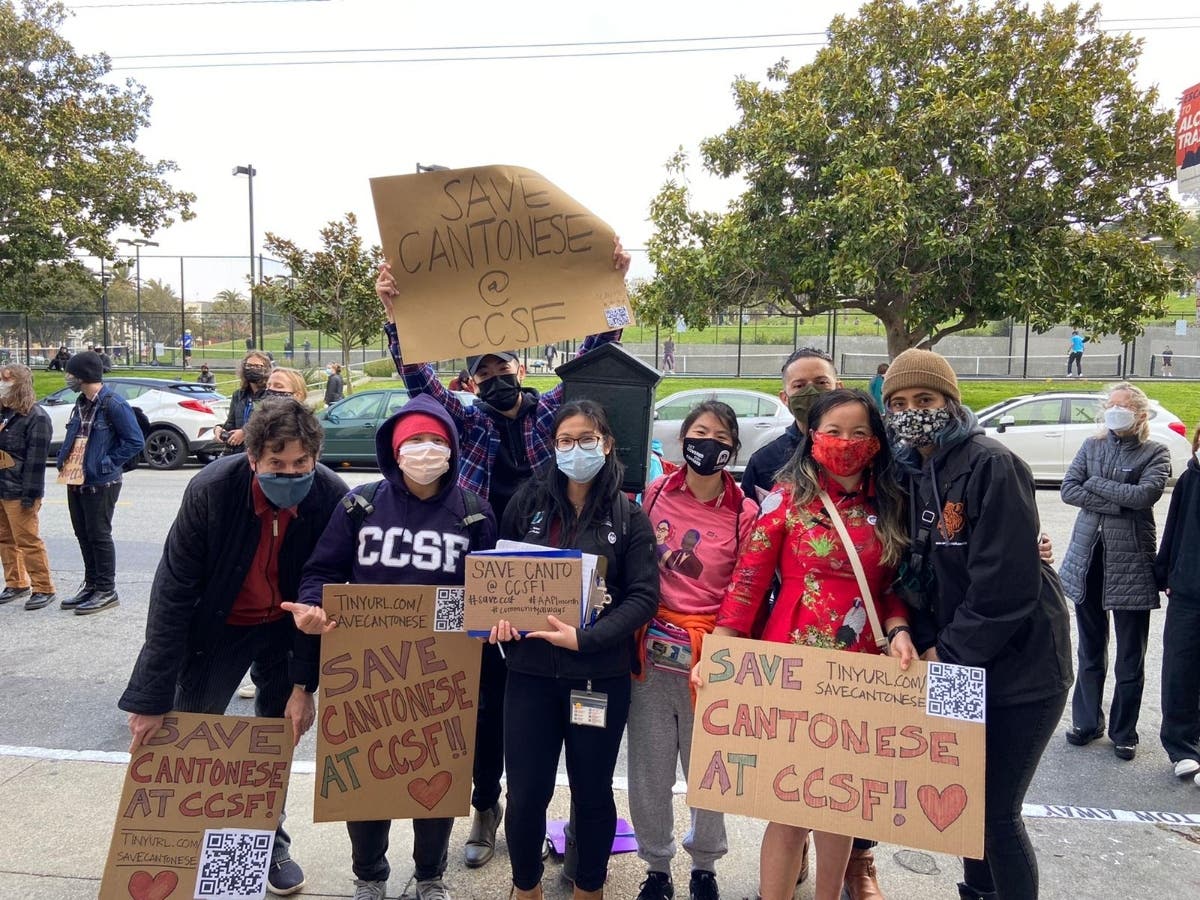 SAN FRANCISCO, CA – The Asian grandmother in the waiting room at Mission Bernal Hospital in San Francisco had a large purple lump around her eye. Confused, hurt and unable to speak English, she flagged down Alan Wong, an administrator at City College of San Francisco, who was in the hospital as a visitor.

The woman had just been the victim of an unprovoked attack while taking the number 15 bus. She was punched in the eye and kicked out. The police did not speak Cantonese. Neither did the hospital staff. So she saw Wong, a “random Chinese guy in the hallway,” and asked him to help interpret, according to Wong.

“I always think of this incident when I think of language access and ensuring people have access to our community resources,” Wong said in an interview with Patch.

For Wong and a group of student leaders at City College of San Francisco, those resources include the school’s Cantonese language program, which has been on the verge of being phased out since the university announced in fall 2021 that she was making budget cuts.

Wong’s January Resolution Supporting Cantonese lessons at City College won unanimous support from the rest of the board. The resolution was intended to address what Wong called an “obvious and glaring problem”: the fact that Cantonese is the only college language program that is not transferable to the University of California level and does not lead to any certificate program.

As a result, Cantonese is often at the top of the list for elimination. City college administrators said they need to prioritize courses that lead to student outcomes, such as certificates and transferable courses, according to Wong.

City College currently offers certificate or degree programs in Spanish, Russian, Filipino, Japanese, Italian, German, French and Mandarin — but not Cantonese, though slots for the two Fall 2021 classes are filled to 152 % and 120% capacity.

Only one Cantonese course is offered in the spring semester, and the college has only one part-time instructor. He previously had as many as five, according to Wong.

“It’s a certain institutional inertia and lack of movement,” Wong said. “The program is in danger of being closed because it does not lead to student results, but at the same time: why are they not transferable and why is there no certificate program?”

Diana Garcia-Denson, chair of the Department of World Languages ​​and Cultures, did not respond to a request for an interview from Patch regarding the Cantonese language program.

Wong’s resolution highlighted the importance of the Cantonese language in San Francisco, where many immigrants from China’s southeastern Guangdong region have settled. (Guangdong was previously transliterated as “Canton”.)

Cantonese is the language most commonly spoken by the Chinese-American population of San Francisco, according to the US Census Bureau.

Related: ‘Not just a language’: The fight to save Cantonese at Stanford

Of more than 659,000 interactions between various City of San Francisco departments and limited English speakers, 44% were in Cantonese — the highest level of any language. Cantonese is also the second most requested translation for domestic violence calls in the city, according to the San Francisco Family Violence Council.

“What this resolution demonstrates is that people across San Francisco and the community want to support Cantonese,” said Julia Quon, one of the student leaders of the campaign to save the program. “In a way, we’re trying to demonstrate that Cantonese is a language worth fighting for. It’s a language worth preserving, and it’s also a legitimate language.”

Organizers hope to go beyond simply protecting the history and culture of the language, emphasizing the practical use of Cantonese. Many monolingual seniors and immigrants in the city rely on people who are bilingual in Cantonese to use services such as public safety, health care and transportation, according to Wong.

Melissa Chow, another student leader born and raised in San Francisco, said she took Cantonese classes at the city’s university so she could speak with her grandparents, who also live in the city. Chow worried about what would happen if her grandparents were victims of an anti-Asian hate incident. When her father underwent triple bypass surgery following a heart attack, she was able to communicate the details in Cantonese to her grandparents.

Through his work on clinical trials with cancer patients at the University of California, San Francisco Medical Center, Chow realized the importance of Cantonese beyond his personal experience. She comforted a calm elderly patient during his hospital visits in her limited Cantonese, with simple phrases such as “The doctor is here to take care of you”, “We are here to support you” and “We will help you. get better.”

“He opened up and wanted to talk to me more about him doing tai chi and all these activities that he really enjoyed doing,” Chow said. “I feel like breaking the language barrier just opened so many doors.”

The next day, Chow received a thank you email from the man’s daughter who said her father’s whole personality was “brighter and happier”.

City College is one of 19 colleges and universities in the United States that offer programs in Cantonese, according to the Cantonese Language Association of Brigham Young University. Another is at Stanford University, which recently received a $1 million donation for its Cantonese language program after a similar movement protested against budget cuts threatening the future of Cantonese classes.

City College student leaders said they have been in touch with Stanford organizers as part of a broader “Save Cantonese” movement, which aims to promote and preserve the language in part by supporting Cantonese classes in schools. universities.

Although Wong’s resolution passed, the process of transferring Cantonese classes to UC could take up to two years. Until then, Wong said, “constant and persistent community support” will be needed to ensure the resolution’s goals are met.

For the student leaders, the nod from the administrators provided a level of comfort. But uncertainty about the future of the program remains.

“Although we are making great progress, the courses are not backed up,” Chow said. “It’s something that worries us. In a few years, this program could be cut again, and there might not be any more students who have time to fight for classes in the same way as we.”

To visit savecantonese.org/ccsf for more information.