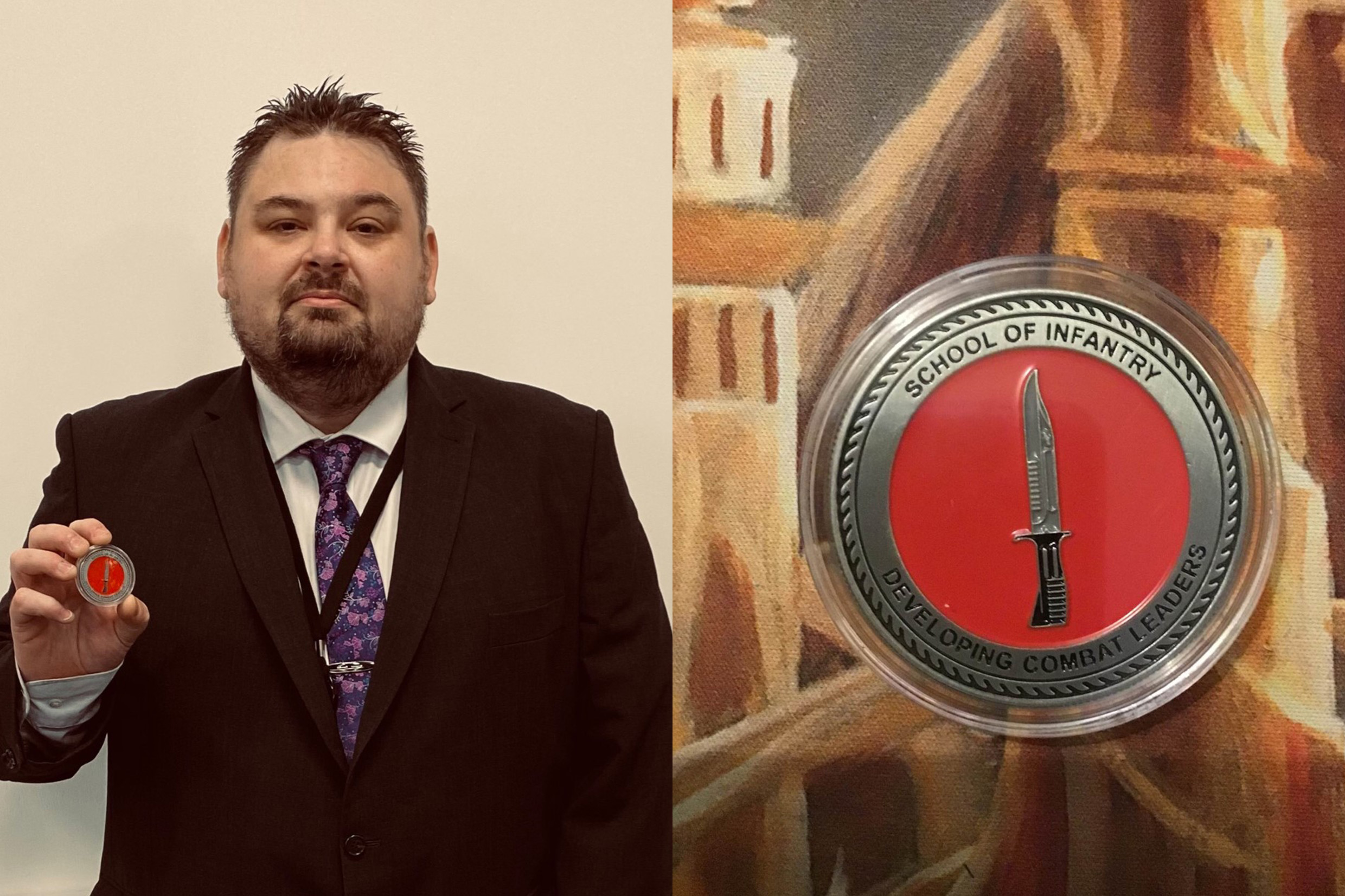 An academic from the University of Teesside has been awarded the prestigious Commander’s Medal of the prestigious School of Infantry (SCHINF) by the Ministry of Defense (MoD) after mentoring Gurkha recruits into the British Army.

Barry Saccone, Senior Student Success Tutor (Numeracy), worked with Darlington College and the MoD in the Learning and Development Wing (LDW) of the Infantry Training Center to develop educational materials and train the renowned Nepalese soldiers for their Technical Selection Test (TST).

This math test forms an essential part of the training of Gurkhas and is used to determine the roles of the armed forces that a soldier can assume in the future.

Barry offered to support Gurkha recruits throughout this test as previously no formal training was offered to prepare participants for the TST, despite its importance in defining future career opportunities.

He developed key learning materials and practice tests to share knowledge with soldiers and enable them to improve their understanding of what would be required on the exam.

Thanks to Barry’s excellent work with the recruits, all of them passed the test, with more than half scoring above 80%, which will allow them to follow one of the armed forces progression paths outlined.

Barry said: “The commendation itself was a surprise, although very pleasant.

“I think the successes really belong to the soldiers who have gone through the training and worked hard to achieve the results that they have achieved.

“I’m grateful to have had the opportunity to support them and I have many fond memories of the soldiers and the work we produced.”

Barry left his role as a functional skills tutor with the armed forces to join Team Teesside and says his time working with Gurkha recruits influenced his style of teaching.

He donated the resources he developed to support soldiers to the army to enable further support to be offered to Gurkha recruits in the future.

“I hope the learning materials and my teaching notes will help broaden the success and participation of a historically integral group of Gurkha soldiers in the years to come,” Barry added.

Major Holligan, the Commanding Officer (OC) of the Learning and Development Wing (LDW) at ITC Catterick, said: “In response to an emerging concern that our Gurkha recruits were struggling to reach their potential in the Mathematics-Based Technical Selection Test (TST), Barry offered his Mathematics specialization to the English Language Wing with immediate impact.

“His dedication to learning, mentoring recruits and supporting fellow teachers has resulted in the current Gurkha Admissions significantly improving their TST scores over previous cohorts.

“Barry is a great example of the impact a teacher or instructor can have by creating bespoke training resources for recruits and the LDW thanks him for his support.”

An army spokesman said: ‘The Gurkhas have made an outstanding contribution to the UK during their years of dedicated service to the Crown and are held in high esteem by the British Army and the public. We are extremely proud that Gurkhas continue to serve in the British Army.