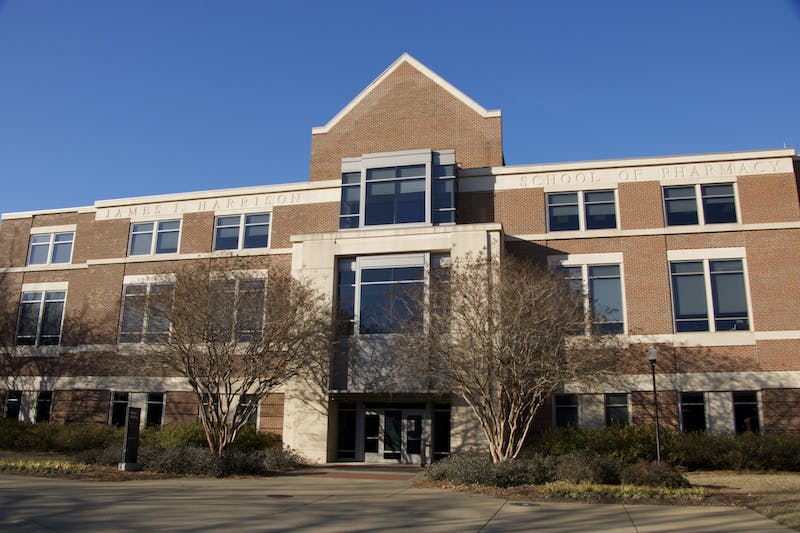 Richard Hansen, dean of the Harrison School of Pharmacy at Auburn University, was found liable for a violation of Auburn’s policy against harassment and discrimination after he sexually harassed a student at an off-campus bar in last spring, according to documents received by The Plainsman.

The student, who is enrolled at Auburn University but not the school of pharmacy, reported Hansen to Auburn University’s Title IX office in late September, which conducted an investigation into the behavior of Hansen.

According to the final Title IX investigative report, Hansen told him she was “going to suck his dick, gag, and keep her head down.”

On January 26, after the investigation was completed, Title IX notified the student via an email viewed by The Plainsman that Hansen “would face a one-month suspension and other appropriate penalties.”

However, on February 9, Title IX informed the student via email that he had “erroneously provided inaccurate information regarding the penalties to be imposed on Dean Hansen.” Neither Title IX nor the Provost’s Office shared details of the corrective action taken with The Plainsman or with the student.

Hansen still serves as dean, a position he has held since 2017.

“There was a day when I was the only employee in the building, which was normal on a Sunday,” the student said in an interview with The Plainsman, referring to April 25, 2021. “And I had a bunch of guys, and they were like my regulars. They were there. They’re super nice. And then he and a friend of his were at the end – at the other end of the bar.

According to the student, Hansen’s friend Jason Peevy left the bar before Hansen began making inappropriate comments to him.

According to the final investigation report, Peevy told investigators that while he did not hear Hansen make sexual comments towards the student, Hansen “estimated [the student’s] interest in him (Hansen), but [the student] did not invite Hansen’s advances.”

“That’s when… I was like, ‘Okay, this is harassment. The other stuff was like, ‘This is disgusting.’

The student knew Hansen was Dean and she said he knew who she was.

“[Hansen] asked me about school, told me he had seen me many times on campus,” she said. “I mean, I was immediately very stern and said, ‘You’re not going to talk to me like that’…and I left. And he actually fell asleep at the bar after two and a half beers.

She called her manager and told him what was going on before calling the general manager.

“[The general manager] basically told me to get [Hansen] from there, so I called some other people and ended up asking a friend of his to come back for him,” the student said. “And then I guess they really didn’t do anything but [tell] me they were going to have a conversation with him. Within two weeks, he was still doing his normal business.

According to the student, Hansen was sitting at the bar while she was there, which she thought would not have been allowed.

“When I stopped working there, I was no longer afraid of losing my job,” she says. “I was like, ‘Okay, I’m graduating in the spring. He probably can’t stop me from graduating at this point. Let’s go and report it because this is getting out of hand.'”

Since Hansen stalked her on April 25, she says she has isolated herself. She lost nearly 30 pounds in just a few weeks.

On October 1, a no-contact directive had been issued at the student’s request by the Title IX office, prohibiting Hansen and the student from any means of communication. Any violation of the directive could result in corrective action.

On New Year’s Eve, he showed up at a bar she was closing with her friend.

“He came in and he sat across from me,” she said. “My friend started asking me, ‘Why is this guy looking at you?’ So I had to report it, and of course he denied it and so on.

The student said Hansen sat down, watched her and then left without buying a drink. Following this encounter, she said she became more paranoid about being followed.

After Hansen sexually harassed her, the student began avoiding areas on campus near the pharmacy school. She stopped going to her classes at Lowder Hall.

“The power difference between us is the reason I didn’t come forward sooner,” she said in a written objection to her appeal. “I wasn’t even sure I would be heard if I spoke up and the power dynamics are why I feel so uncomfortable on campus.”

This, along with his avoidance of Lowder Hall, was the evidence Title IX used in their final investigative report to assert that Hansen’s actions “created an intimidating and offensive academic environment for [the student].”

After reporting the incident to Title IX on September 27, the student was quickly put in touch with the office. Within a month, the investigation was completed and the student received the final investigation report.

Hansen appealed the decision Nov. 3, saying the complaint did not fall within Auburn’s policy against harassment and discrimination and that Hansen’s conduct was not “objectively harsh” and did not create an “intimidating, hostile or offensive academic environment”. His appeal was dismissed.

“Hansen did not outright deny [the student’s] allegations,” the final investigation report said. “In fact, he said he had no recollection of making those comments and that such comments were ‘uncharacteristic’ of him.”

Hansen claimed to be unable to recall other aspects of the evening of April 25, but testimony from the student and Peevy confirms this, investigators have concluded.

“[Hansen] stated that he did not recall any conversations directed at [the student]; however, Peevy stated otherwise,” the report states. “Hansen said he didn’t believe he fell asleep at the bar that night; however, [the student] said Hansen fell asleep, Peevy said someone called him and told him Hansen was sleeping, and there’s a photo of Hansen asleep.

After the student was told in January that Hansen would be suspended for a month, she thought it was over.

“I was like, ‘This is great. He’s being held accountable. At least something is being done,'” she said.

Despite this, she said she still felt the suspension was “a bit of a slap on the wrist.” He was not told whether or not the suspension would be paid, although he was later told that he would not be suspended at all.

After receiving the email claiming that Hansen would face a one-month suspension, the student asked Title IX if she could receive all related documents.

“And it was just ignored,” she said. “I asked [Katherine Weathers, senior deputy Title IX coordinator] why this was ignored, and she said she wasn’t sure and then assured me that they were very timely in getting back to me about everything.”

The student said she was denied access to Title IX documentation previously given to her through Box, an online file-sharing service, around the same time her friend contacted The Plainsman on his behalf.

In a meeting with Title IX following the Feb. 9 email, which clarified that Hansen would not be suspended and his corrective actions would not be shared, the student said she was told that “She would be allowed to come and see the documents, but she could only get copies of the documents through a court-issued subpoena.

Because this matter was being handled under the Harassment and Discrimination Policy instead of the Title IX Sexual Harassment Policy, there was no hearing, where a hearings officer convenes the parties to deliberate on the evidence and determine any discipline to be imposed if one is found liable for violation of this policy.

Under the Title IX Sexual Harassment Policy, the hearing officer is required to issue a written decision to the parties after the hearing, which would include discipline deemed appropriate for the policy violator. The Harassment and Discrimination Policy, on the other hand, does not require Title IX to notify the complainant of the sanction imposed.

In a meeting with Title IX, the student said she was told she would only be notified if the corrective action resulted in suspension or termination.

Additionally, when faculty are found in violation of this policy, corrective action is determined by Kelley Taylor, Director of the Office of Affirmative Action and Equal Employment Opportunity, in consultation with Emmett Winn, vice provost for faculty affairs, “and/or the respective dean and/or president,” the policy states.

In the Title IX Sexual Harassment Policy, corrective action is instead determined by the hearing officer.

If Hansen had sexually harassed the student on campus, she would have had access to records related to the corrective action taken against him, per Title IX policy. However, since she was harassed off campus, the University has no obligation to share the corrective actions taken under the Anti-Harassment and Discrimination Policy.

Jim Ward, attorney for the Alabama State Board of Pharmacy, said “the board is aware of the situation involving the dean and is investigating the matter.”

When The Plainsman contacted Hansen regarding the details of his suspension, he informed The Plainsman that he was in fact not suspended and directed further questions to the Office of the General Counsel. He did not respond to further requests for comment on this story.

Below are resources for survivors of sexual assault or harassment: