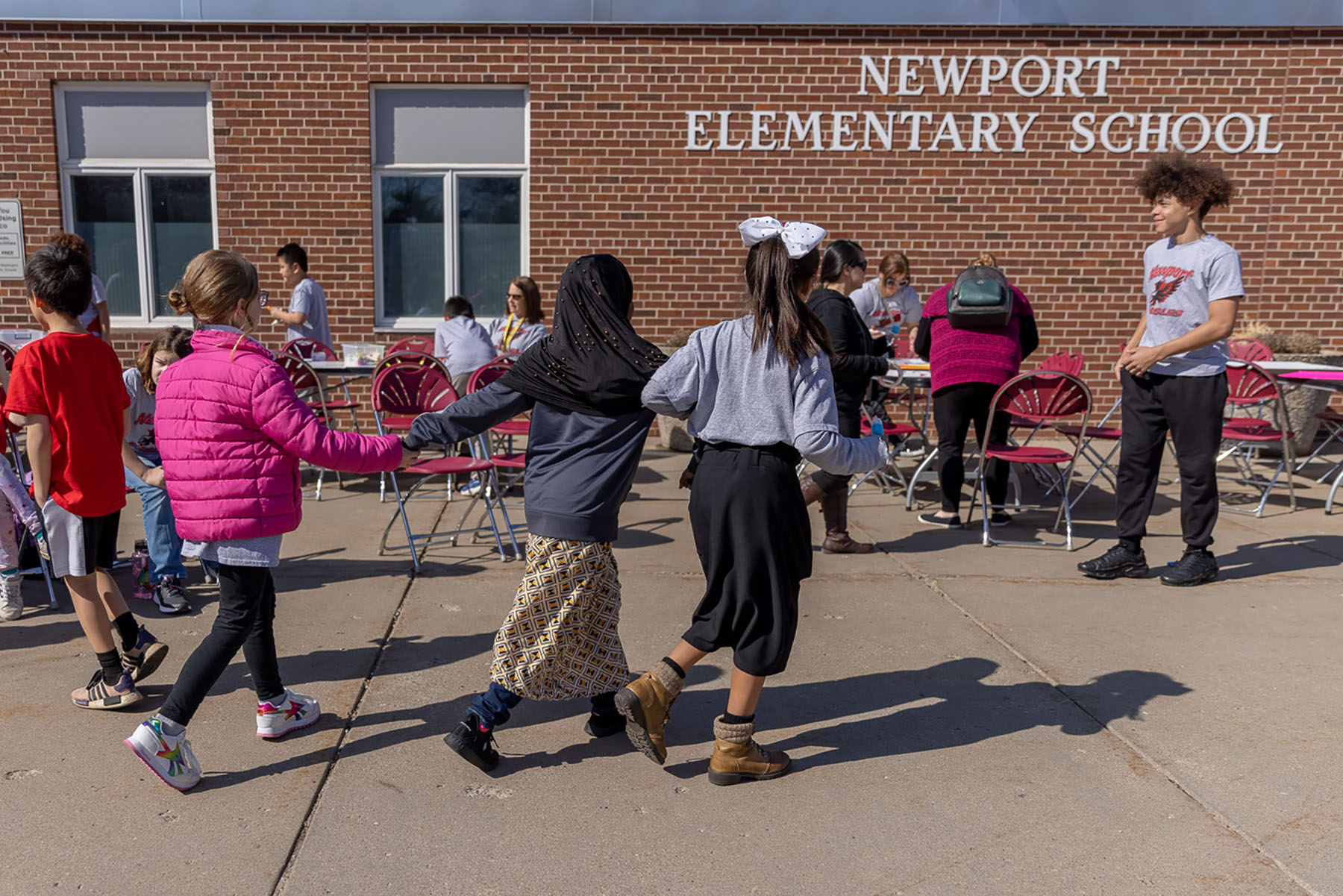 Around 10 p.m., the results arrived in 93% of the constituencies. Sixty-six percent of voters voted “no” in the referendum; 34% voted to approve the referendum.

“At this time, there is uncertainty about the future of Newport Elementary in the event of an unsuccessful bond election,” the district’s pre-election website read. “The administration will need to evaluate all options for the 2023-24 school year.”

The plan would have resulted in the construction of two new elementary schools, the expansion of three secondary schools, and the renovation of schools throughout the district. According to the district plan, Newport Elementary would become an early learning center.

District officials came up with the plan to account for increased enrollment and overcrowding.

At Woodbury High School, some students eat lunch on the cafeteria floor. At Pine Hill Elementary School in Cottage Grove, a set of bathrooms serves the entire school and staff have transformed a storage closet into a makeshift occupational therapy space. At East Ridge High School in Woodbury, it is difficult to navigate the halls during the passing time as the school is overcapacitated by several hundred students.

But parents at Newport Elementary told the Sahan Journal they don’t understand why these issues should shut down the school that has served their children well. More than half of the students are children of color and 22% are English language learners.

“Because the size of the school is small, the children get all this attention from the teacher,” Hoyam Elkhedir, a mother of six who lives in Woodbury, told the Sahan Journal in April. “We feel comfortable, safe and we belong.”

Charissa Vasquez, a mother involved with the Newport Parent-Teacher Organization, told the Sahan Journal that her three children are thriving at Newport Elementary. They faced bullying from teachers and students from other schools they had attended because Spanish is their first language, Vasquez said. But since arriving in Newport, she had seen an impressive change in all of her children.

“If we don’t fight for our children’s future, who will?” she says.

The failure of the referendum means district officials will likely return to voters with a revised facilities plan in February 2023.