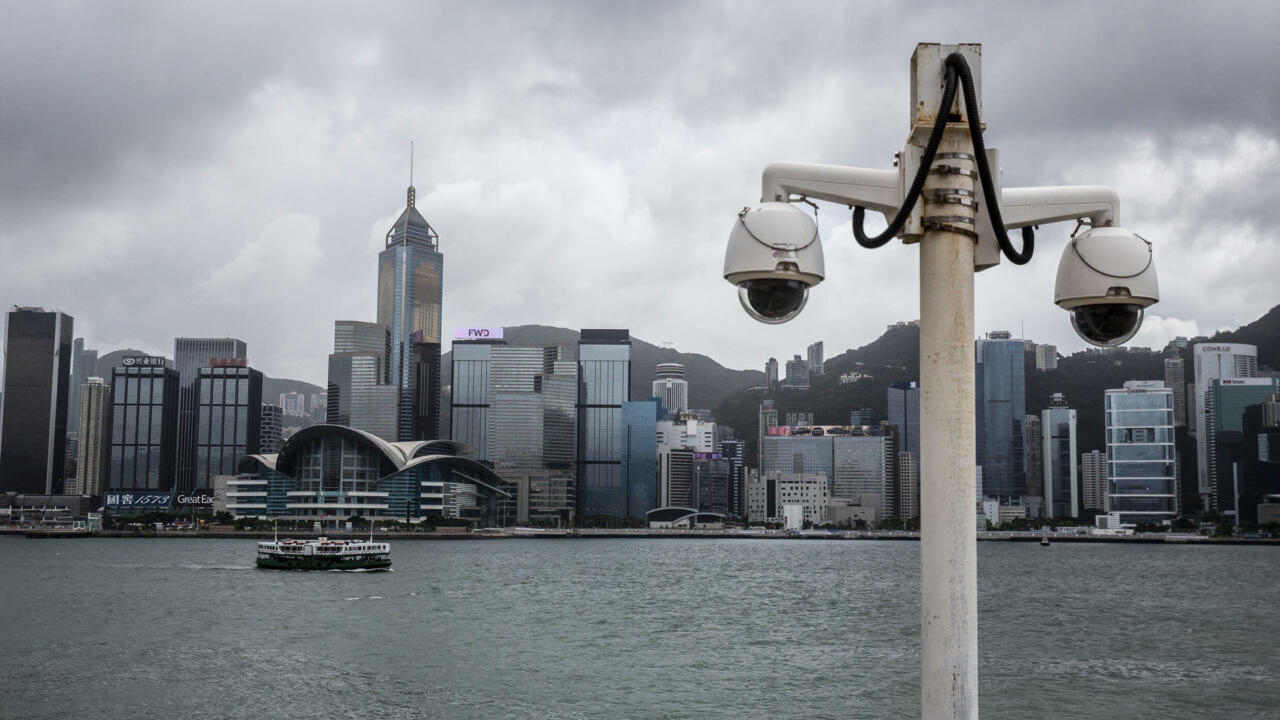 Unlike the Chinese mainland, Hong Kong has long hosted a vibrant landscape of citizen groups that cultivated advocacy, labor mobilization and civil disobedience as a key fabric of the once outspoken city.

But a national security law imposed by Beijing in 2020 to stifle dissent has brought the sector to its knees, leaving people worried that the law’s vaguely defined crimes could be used to target their work.

More than 50 civil society groups specializing in issues ranging from labor to education have since announced their closure or have been shut down after arrests on national security grounds.

Often the precautionary closures have come after staff have been subjected to a wave of threats and intimidation, according to five people AFP spoke to firsthand.

The warnings usually arrived via phone calls and messages from so-called “intermediaries”, which took on a conversational tone while revealing knowledge of each recipient’s personal life. Some came face to face.

Mario, a veteran NGO worker, using a pseudonym out of fear for his safety, said his colleagues received disconcerting messages from several intermediaries last summer.

“They were telling you different stories, but at some point the conversation came to the same conclusion: you have to shut up,” he told AFP.

A month after the first contact, Mario’s organization made the decision to close.

Civil society groups in Hong Kong have in recent years been labeled “anti-China elements” by officials and state media.

Beijing has made it clear it believes they are a key part of pro-democracy protests that exploded in 2019 with huge rallies and frequent clashes with police.

The vague language of the national security law, combined with warnings from intermediaries, suddenly made the threat of long prison sentences very real for people like Mario.

“Any normal thing that civil society has done over the past three decades is now subject to political retaliation,” he said.

Organizations closed range from the city’s largest trade union to Amnesty International, to the Hong Kong Alliance – which organized the annual vigil in memory of the victims of China’s Tiananmen Square crackdown in 1989.

China’s ruling Communist Party and its liaison office in Hong Kong have openly accused some groups of breaking the law, calling the collapse of such organizations “a choice of their own.”

China’s Ministry of Public Security and its Hong Kong and Macau Affairs Office did not respond to AFP’s requests for comment.

The city’s security bureau and the National Security Safeguard Committee also declined to comment on what they called “private allegations.”

Under a “one country, two systems” principle that Beijing agreed to before Britain’s 1997 handover, Hong Kong was allowed to retain essential freedoms and autonomy for 50 years.

These included the city being left to the police on their own using their own laws.

The National Security Law changed all that, overturning the legal firewall that existed between the financial hub and Beijing.

Among the many provisions of the legislation that set a precedent was a clause allowing the mainland’s security apparatus to operate openly in Hong Kong.

Days after the law was enacted, mainland security officials commandeered a hotel for their staff — unbound by local laws — as they investigated perceived threats against China.

The intermediaries are seen as an extension of this new sheriff in town, according to two sources who told AFP they had been contacted directly.

The two described similar face-to-face meetings, but asked that key details be omitted to maintain anonymity.

The meetings took place in a pre-booked private room at state-owned businesses and featured a Cantonese-speaking man claiming to be a mainland security officer.

Conversations remained largely polite but could go downhill – with one source saying the agent he met sometimes looked like he was ‘interrogating me’.

Another said the go-between asked what he thought of his band disbanding, citing various possible breaches of the security law.

“At first I thought it would be silly to separate us when we didn’t know what offenses we had committed,” he told AFP.

“But when he was able to name a very specific charge, we started to worry.”

The messengers possessed personal information, both remembered, dropping details about their loved ones and daily habits into the conversation.

AFP was unable to independently verify the sources’ accounts.

The use of intermediaries to channel information and deliver political messages is not new.

Beijing’s presence in Hong Kong is maintained through the Liaison Office, which has played an increasingly important advisory role in recent years – sometimes calling on local politicians to be briefed by Chinese officials.

For opposition figures, Beijing has preferred to use intermediaries, according to Ted Hui, a former opposition MP currently in Australia.

Such meetings were commonplace — mostly as intelligence-gathering for authorities’ decisions — until a year before the 2019 protests, he said.

“But after the security law came into effect, it became an intimidation approach… So under the table they can send these intermediaries to say things that the government can’t say openly. .”

So far, more than 160 people have been arrested under the national security law – mostly opposition politicians, journalists and rights defenders.

In the context of these detentions, the slow-burning whisper campaign has been an effective tool to shut down organizations critical of the government.

“We are so inexperienced that many of us have decided to part ways under these threats,” said Connie, a human rights activist who said she received a call from an unknown person giving her a deadline to resign. .

Oliver, another rights activist, said he received a text message from someone posing as a “friend” warning he could be arrested.

With so many other groups closing their doors and new arrests every month, Oliver felt compelled to take the threat seriously and decided to step aside.

“If all these big bands…weren’t spared, how could you be?”