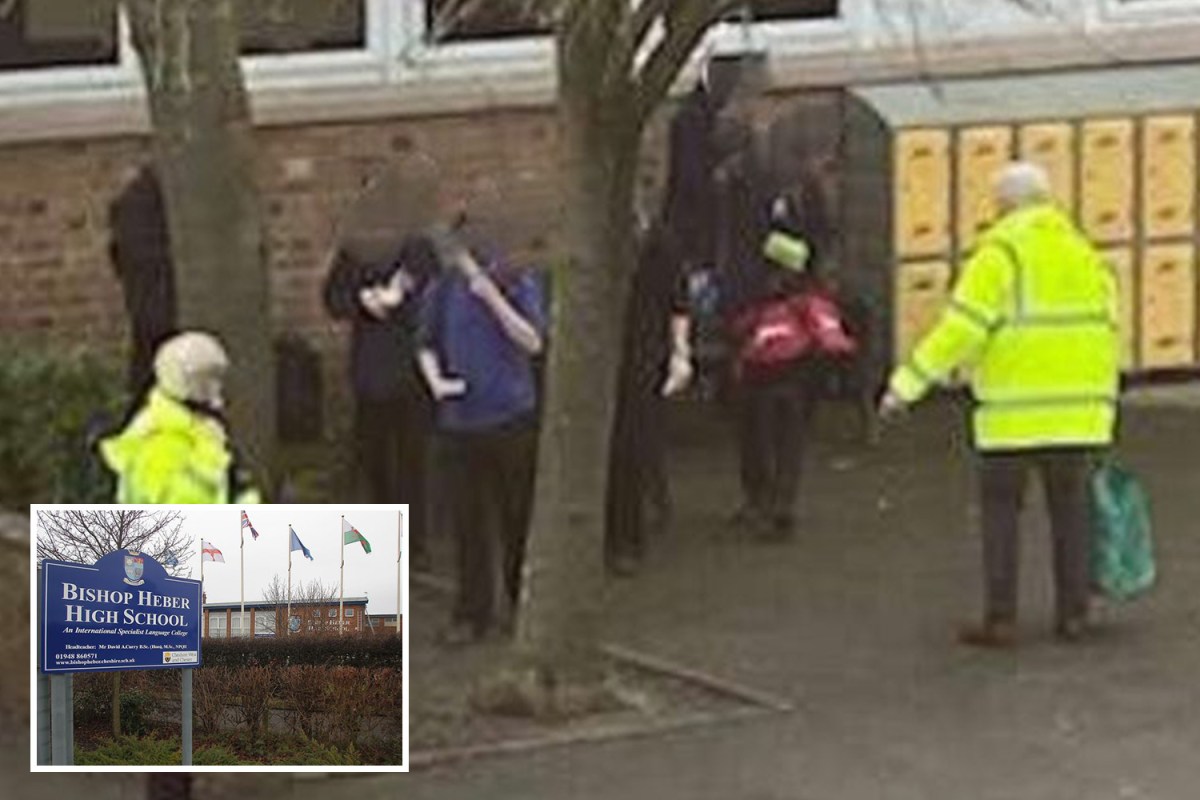 A SCHOOL that banned children from wearing coats has now blamed PARENTS for ‘abusive’ language while calling their fury ‘shattering’.

Outraged mums and dads have blasted Bishop Heber in Malpas, Cheshire, after pupils were left ‘frozen’ as staff confiscated jackets which did not bear the school logo.

The school has now accused some parents of using “inflammatory language” towards workers as they railed against the controversial policy.

Children are only allowed to wear a branded school coat on its grounds which, along with various clothes, would cost a family up to £100 per child.

Parents have complained about the cost of the branded windbreaker as although the school claims it will only cost them around ten euros, it is said to be on sale in some shops for £25.

The school says it believes that if children were allowed to wear their own coats, it would “erode the great relationships we have with students” as they would push the envelope and start wearing hoodies.

But after the backlash from parents, the school has now urged them to raise their concerns more “formally” via its complaints policy, CheshireLive reports.

A statement from the school reads: “Nearly 20 years ago, the school committed to an affordable uniform policy, and we believe the current uniform is one of the least expensive to buy in the region and complies with affordable school uniform legislation being introduced this year.

“The school is confident that students are not sitting in unusually cold classrooms for the time of year and students should not need to wear coats for warmth.

“In addition, all students have access to indoor space and/or a classroom during breaks.

“We hope parents and the wider community appreciate that governors and headteachers are trying to do their best in what has been an exceptionally difficult time for all of us.

“Governors hope parents will use the school’s complaints policy if they have a concern.

“Such complaints can be handled in a formal and careful manner and without some of the upsetting, abusive and inflammatory language that has been directed at staff and governors.”

The school also insisted it was unaware of any stock issues as it asked parents ‘who had problems’ to contact them so they could get in touch with their provider.

“No uniform will ever satisfy everyone, whether in terms of cost or style,” the statement added.

“The school has always been keen to protect vulnerable members of the school community who could not afford expensive ‘status symbol’ coats and we hope the current uniform strikes the right balance between affordability and practicality.”

It comes after an angry mum said her asthmatic son was put in solitary confinement for collecting his confiscated coat because he was cold.

“They confiscated his [my son’s] coat yesterday – outside – which I found absolutely ridiculous. He suffers from asthma, for which he constantly takes medication, so being cold is of no use to him.

“Because he went to get his coat because he was cold, he was put in solitary confinement, that was his punishment.

“Why would you take a coat off a child when you know he has asthma? »