Review: In “Book of Mountains and Seas”, the puppets embark on mythical quests 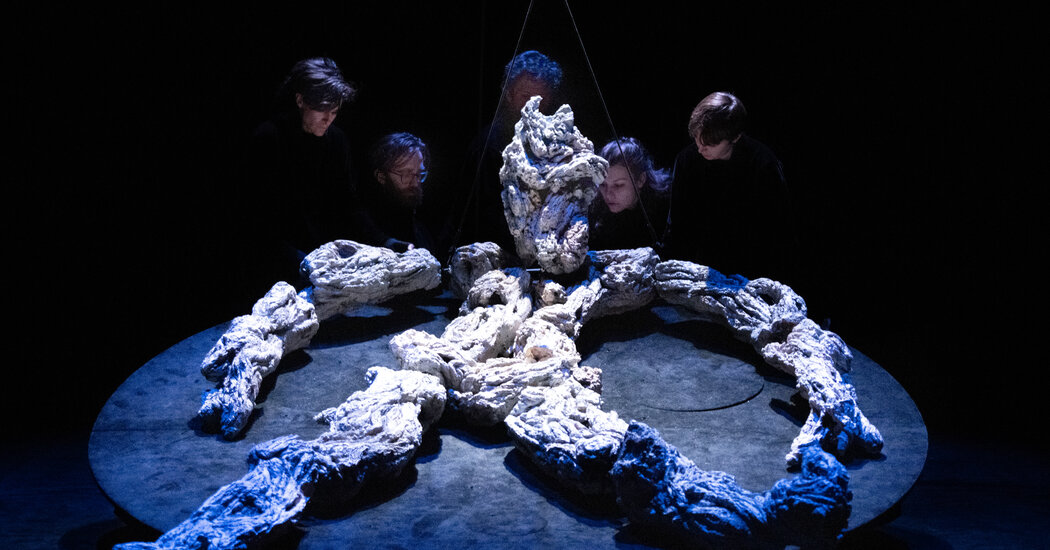 How come the 10 puppet suns – rice paper lanterns floating high in the air on long, thin stems – are so charming and hypnotic? Brilliant cherry red when they first appear one by one, they are a jolly band of brothers and sisters who share the duty to light up the planet. Their fatal mistake is to date one day, which is disastrous. Twist makes it a menacing confrontation, with the suns aggressively approaching the audience – the only real echo of climate change in the series. Yet when nine of the suns are killed to save the Earth (the program also reveals this), the music and the moment have a mournful beauty.

The piece de resistance, however, is the appearance of Kua Fu, the giant we see awaken in the final mythos. No one would ever confuse this stony-looking creature with the gigantic King Kong puppet we saw on Broadway, but as Kua Fu looks around, orienting himself, that’s exactly who he looks like.

With propulsive, high-tension music to match his urgency, Kua Fu runs in place to center stage, as the sun, a rice paper lantern, moves around him, out of reach of his long arms. . It’s mysteriously captivating: this huge, wordless being so longing for what he can’t and shouldn’t have; this giant who, if he continues, will drink all the fresh water on Earth.

He fails in his quest, of course; the program also tells you that. But here, the projected English text, at least, hesitates a little. Because in legend, when Kua Fu dies, peach forests grow from his walking stick.

The puppet has no walking stick and no puppet peach blossom tree grows. But wouldn’t they have been magnificent?