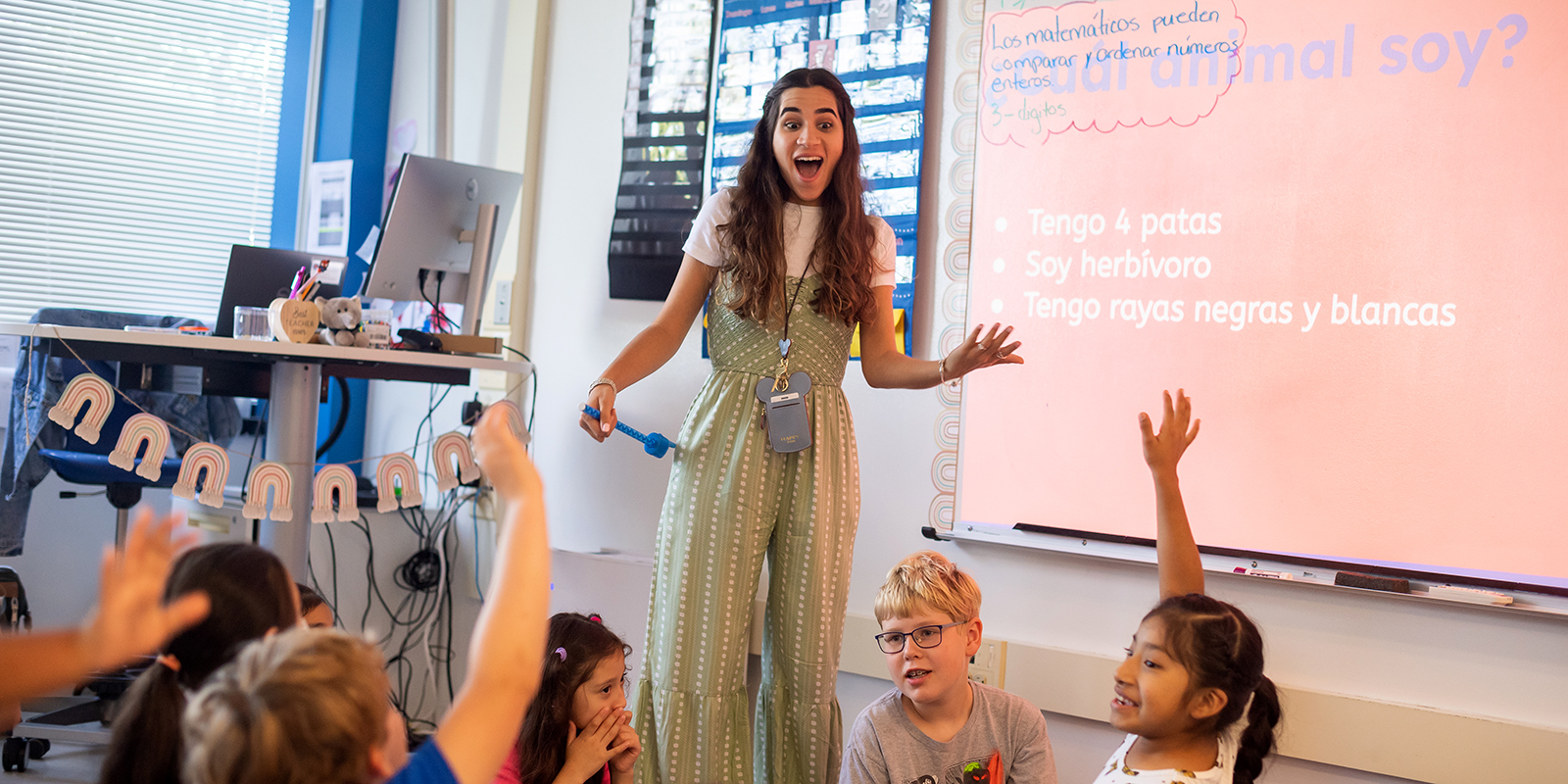 When Lesliean Luna, a teacher for nearly 20 years in Puerto Rico, was approached by a friend to attend an educator recruitment session for a school district in Virginia, she says she agreed to go out of curiosity.

“I still remember my interview with my headmistress – she asked me what I could expect if she visited my class,” Luna said. “I said you could find me with maracas, singing the times tables and I said I loved it when my kids were dancing during the day. That interview changed my whole life.

Luna, who was hired in 2016 as one of Puerto Rico’s first FCPS educator recruits, has since taught in the Spanish immersion program at Laurel Ridge. After marrying a Puerto Rican man she met while living in Virginia, she also recruited a sister-in-law who was a teacher on the island to come and teach at FCPS. And this year, her daughter was hired to teach at FCPS through the same recruiting program after graduating from college and becoming a licensed teacher in Puerto Rico.

“I used to go to my mom’s class often and fell in love with the program,” said Luna’s daughter, Gabriela Muriente, who is now a third-grade Spanish immersion teacher. at Bailey’s Upper Elementary School. “I love that you have so many students from different countries. In Puerto Rico, most people are from Puerto Rico. Here you are teaching Spanish to a child whose parents are maybe from Guatemala, or maybe -maybe from Virginia or maybe Africa. I like that.”

Luna, who also teaches third-grade Spanish immersion, says she decided to make the jump to move to Virginia because she envisioned an easier life for her family. Back home in Puerto Rico, in addition to teaching, she also worked as a babysitter. And a clown. As a single mother of two daughters, it was necessary to work multiple jobs in addition to teaching to make ends meet on the island, Luna says.

“Now I can just focus on being a teacher,” Luna said. “I earn three times more than at home, I don’t need to dip into my pockets to fill up. It is very hard when the salary is low and the resources are not there.

She also says she likes professional development programs that encourage her to use data-driven models for teaching.

“I’m much more intentional with what I do in class, I finally know why I have to do things a certain way as a teacher,” Luna said.

The mother and daughter note that the system also works well for FCPS, as hiring native Spanish-speaking teachers from Puerto Rico, a US territory, is much easier in terms of license transfer than hiring from other countries. .

Four of the seven teachers in the Spanish immersion program at Laurel Ridge are from Puerto Rico, Luna says.

The recruiting program “is the only reason we can offer such Spanish immersion here,” Bailey Upper Elementary Principal Marie Lemmon said.

Luna’s daughter, Muriente, says she always reminds her students how they will benefit later in life from knowing multiple languages.

“I’m just saying that you will know how much Spanish you will know by the time you reach university, it will open doors for you in the future,” says Muriente. “I think it goes both ways too. Sometimes if I say something in English that isn’t quite right, a student will say, oh no, Senorita Muriente, you don’t say it like that. You say it like that.

I say, ‘We both learn from each other, huh? You learn Spanish while I improve my English,” says Muriente.

“I know my teacher is from Puerto Rico and it’s hot there and they have a lot of mangoes,” says Laurel Ridge ES third-grade student Nalini Agarwal. “Her first language she knew was Spanish and now I can use what she taught me to visit other countries and understand more.”