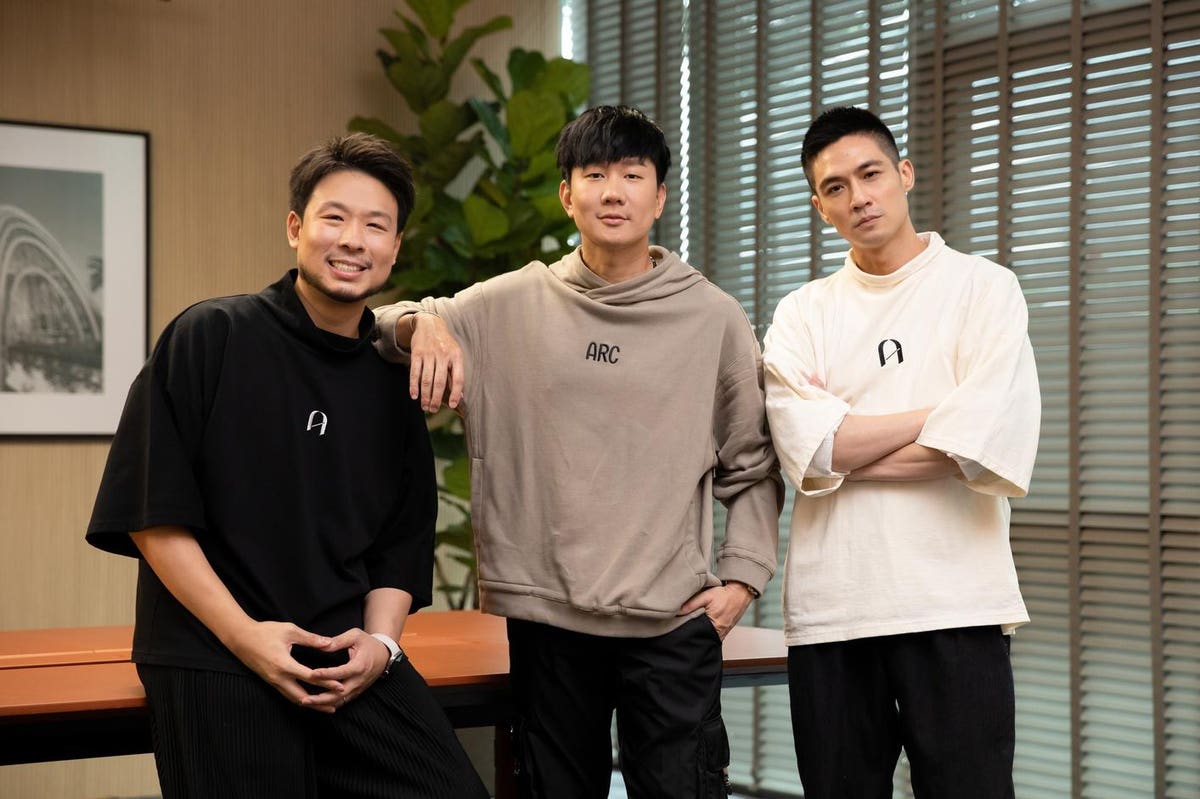 Lin, winner of Forbes Asia’s 2020 100 Digital Stars, joins Kiat Lim, son of Singaporean billionaire Peter Lim, and Elroy Cheo, a scion of the Cheo family who own edible oil company Mewah International. Together, the trio aims to establish ARC at the intersection of Web2 and Web3, as a diverse network of creative talent and a leading NFT brand in Asia.

“I’ve always been very enthusiastic about discovering new technologies and integrating these technologies into our craft,” Lin says in a video interview. “I see there are endless possibilities with ARC…we could really create new worlds with it.”

Along with collaborations with international artists such as DJ Steve Aoki and film composer Hans Zimmer, Lin, who turned 41 in March, is widely credited with popularizing the genre Mandopop, or Chinese-language pop music, in Singapore. . The celeb launched artisanal coffee brand Miracle Coffee and clothing brand SMG before diving into Web3.

“The best thing about ARC is the growth mindset of learning and shaping ideas together,” Lin added in a statement. ARC claims that the musician is one of the first Asian celebrities to be closely involved in a Web3 project like him. “I can’t wait to unveil the next creative Asian venture to the world,” he added.

The musician’s co-founders, Lim, 29, and Cheo, 37, launched ARC in January as an extension of their professional journeys. Lim’s previous entrepreneurial experience includes working with his father to launch ZujuGP, a digital community built around football and endorsed by Portuguese soccer star Cristiano Ronaldo. Cheo dabbled in cryptocurrencies and NFTs, and became a self-taught Web3 expert.

“We’re really proud to be ‘Web2.5’…we want to drive adoption by people who aren’t crypto natives”

Rather than replacing Web2 with Web3, ARC aims to bridge the two, according to Lim. Members can enjoy in-person experiences at physical ARC locations known as Playgrounds, while using the ARC app to access their membership with utility NFTs or unique digital assets that can provide access and other advantages. In May, ARC partnered with Singaporean billionaire Kwek Leng Beng’s Millennium Hotels and Resorts and lifestyle destination group Zouk Group to offer tailored experiences to its members.

“We’re really proud to be ‘Web2.5’,” says Lim. “We want to drive adoption by people who aren’t crypto natives, who might be a little wary of the space because of all the current news.” The global cryptocurrency market crashed below $1 trillion in June from a peak of nearly $3 trillion in November, following the complete wipeout of TerraUSD and its coin of LUNA support the previous month, which sent cryptocurrencies plummeting.

By curating a group of “well recognized” leaders and partners and tying membership tokens to specific member profiles, ARC aims to allay concerns about the legitimacy of Web3 projects. Potential users would need to complete an application on the ARC website and, after joining the whitelist, own Pyxis – ARC’s token – as well as ARC’s NFT. From there, they move on to the now available ARC app, which would require NFTs as a form of authentication.

“We really believe in building a product with strong fundamentals,” adds Lim. Coming from a financial background, Lim was the founder of before joining “When you look at it through a traditional lens, we’re using technology for an appropriate use case…not because I’m going to slap a logo” metaverse” on top of and claim a high price.

At the heart of ARC is the idea of ​​co-creation among its audience of entrepreneurs, venture capitalists, social influencers and more. Building on a common interest in NFTs, members can discuss ideas through the app’s unique methods of building community, according to Cheo, who is the platform’s architect.

“Instead of using existing tech stacks to facilitate the community…we actually created our own tech stacks,” he says. These features include social audio rooms and a “Twitter-Reddit hybrid” for members to post content. “I can’t really think of a single app on the market right now that actually looks like us.”

For now, the startup aims to scale slowly. The three co-founders declined to share the number of applications they’ve received so far, but among several beta tests, Cheo noted one that had “a few hundred” members with a cumulative number of “tens of millions.” .

“When we started, we were just trying to solve a pain point, and that was that every human has an innate desire for connection,” he says. “Web3 breaks all those boundaries…it’s unique.”