Original productions bringing you closer to China in the new era 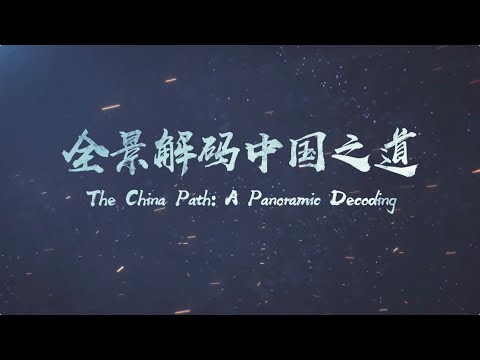 BEIJING, August 28, 2022 /PRNewswire/ — Want to understand China’s development over the past decade? CGTN and the European and Latin American Language Programming Center CMG will bring global audiences a slate of productions focusing on “China in the New Era” on multilingual platforms in August 2022.

The programs reveal a clear picture of the real China, guiding viewers through a decade of development and change, the country’s development path and its diverse and inclusive culture.

Here’s a look at some of the highlights.

Everyone matters: China in a decade

To capture the changes the Chinese have experienced over the past 10 years, “China in a Decade” explores China’s transformation in multiple areas – from high-quality development to governance, from building a culture to globally shared prosperity.

Through 36 stories told by ordinary people, the program reveals how much everyone matters in Chinaand through their contributions, miracles can happen.

China through a global lens

What does China look like from a global perspective? CGTN features a variety of shows designed to give viewers around the world a deeper insight into the realities of life in the country.

“My China Account” and “On the Move” provide overseas audiences with authentic stories to understand China’s changes and development.

“The China Path: A Panoramic Decoding” gives viewers a comprehensive picture of China through the perspectives of world leaders and global thinkers on the country’s governance.

“Classic Quotes by Xi Jinping” offers a whole new avenue in five languages ​​to discover the stories behind the classics and discuss the cultural foundations of the Chinese people, to help viewers understand how Chinese wisdom helps underpin the governance of the evolving nation. .

From poverty to prosperity: China’s path to modernization

Through a range of programs, CGTN seeks to explain how China eliminated extreme poverty and continued on its path to modernization.

From bustling metropolises to remote villages, progress and challenges on China’s modernization path have never stopped. “Modernization for 1.4 Billion” examines the process and characteristics of China’s unique path to modernization and brings together global experts to discuss its international significance.

Documentary “The Road to Common Prosperity” by Dr. Robert Laurent Kuhn show the transformations of China from various angles.

The 12-episode “China by the Numbers” series draws on statistics and uses numbers to showcase China’s transformations from a wide range of angles, including the economy, poverty reduction, infrastructure, education, science and technology, culture and sports.

Diversity and inclusion: the beauty of Chinese culture

A number of new shows will dive deep into Chinese culture and history. They discuss the vital role of cultural exchange in mutual learning and respect between nations.

“The Vibe” offers a refreshing perspective on cultural exchanges between China and the rest of the world.

“Foodwise” and “Why We Love Dunhuang” unravel China’s vibrant cultural tapestry and take viewers on a journey to the essence of Chinese culture.

“The Song, Painted” decodes traditional Chinese aesthetics via the ways of life depicted in Song dynasty paintings using virtual art technology, while “Inheritors” shines a light on the rich intangible cultural heritage of the China and the stories behind it.

CGTN also unveiled “China Box“, an interactive video product that will be released in October. China Box offers a new video watching experience by creating a virtual world, where users can choose the avatars they like and enjoy thousands of videos.

CGTN kicked off the global screening of the 2022 Chinese Documentary Festival in Africafor the first time, the festival offers a special event for a specific region, in the presence of the ambassadors in China of Benign, Cameroon, Gabon, Senegal, Tanzania and Zimbabwe.

Thirty broadcasters and institutions from 20 African countries will join the festival to screen stories for African audiences.

Since the launch of the 2022 Chinese Documentary Festival in June, more than 50 documentaries produced by CGTN have been screened or streamed for global audiences. They include award-winning productions in English, French, Spanish, Arabic and Russian.