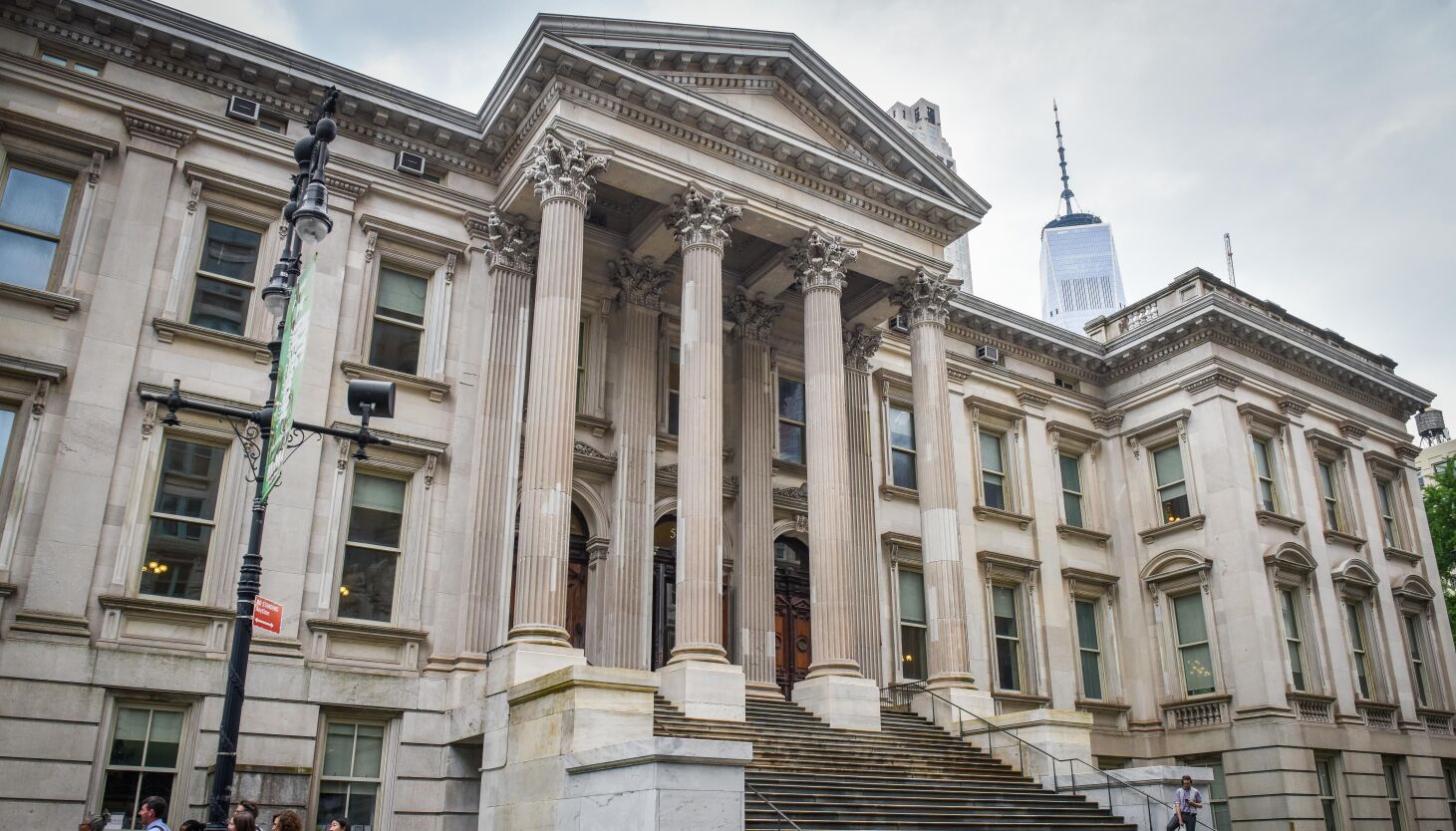 Following a resounding rejection last month, New York’s education panel on Wednesday approved the city’s school funding formula for next year, as Schools Chancellor David Banks pledged to create a group who will look at the 15-year formula.

The city’s commitment follows concerns from some panel members and public school advocates that the current funding formula would provide more support to other groups of high-needs students, such as students living in temporary accommodation.

The panel voted 12 to 1, with one additional abstention, to approve the formula, known as Fair Student Funding. The 15th member, an appointee from the Staten Island borough, resigned last month. Chancellor David Banks said he too backed a fairer formula, calling it an “awful and ridiculous” situation he inherited from previous administrations. He said he would put his commitment in writing on a task force.

But Banks, who called last month’s vote “deeply disappointing”, said schools could not afford to delay getting their budgets if the formula was voted down again. Receiving a delayed budget could hamper hiring decisions, making it harder to plan lessons for next year — a problem schools have faced over the past two school years as the pandemic dragged on, officials said. responsible.

“Skipping tonight doesn’t mean it’s a Chancellor who doesn’t care, quite the contrary,” Banks said. “I have to move the system forward.”

Officials had planned to send budgets to schools this month before the panel’s rejection in April. After Wednesday’s approval, it was not immediately clear when schools would receive their budgets.

Each year, department officials ask the Panel for Educational Policy (PEP), made up mostly of mayors, to re-approve the funding formula. The formula represents $10 billion in funding and 65% of school budgets. It is structured to send more money to schools that are struggling academically, as well as those with a higher proportion of students with disabilities and English language learners.

But after hearing last month from public speakers opposed to the current formula, six panel members, who were not named by the mayor, shared their own concerns. Some have asked city officials why the previous administration never released a report created by a 2019 task force to review the funding formula.

Even then, the formula would likely have been approved at last month’s meeting. But Mayor Eric Adams, who appoints nine of the 15 panel members, had failed to replace an appointee who was forced to resign in March, and another of his appointees was absent. As a result, five panel members appointed by borough presidents abstained from voting on the formula after raising concerns, and a sixth elected representative voted against approval, leaving the city one vote short of votes. required.

Hours before Wednesday’s meeting, City Hall officials announced the nomination of Kyle Kimball to fill the last mayoral-nominated seat that became available after the panel member was forced to resign due to anti-gay remarks. Kimball is a former official in the Bloomberg and de Blasio administration who oversaw the New York City Economic Development Corporation. He is now vice president of government relations for Con Edison.

It is possible that a future working group will consider what the 2019 working group has proposed. A draft task force report called for adding weights to the formula for more groups of students, such as homeless, poverty-stricken and foster children, as well as increasing the weight secondary schools to match those with specialized academic portfolios. — a question related to how the formula sends money to certain higher-performing schools, which tend to enroll fewer black and Hispanic students. The report does not specify what the weights should be.

On Wednesday, Banks said he would ask First Vice Chancellor Dan Weisberg to oversee the creation of the new task force and put that commitment in writing. He also said before the vote that overhauling the formula would take time and that another rejection of the formula would “bring the system to a screeching halt.”

Still, about two dozen people — mostly parent leaders — called on the panel to reject the formula again because it wasn’t fair.

“It’s nothing new,” said Bronx District 10 parent council member Isha Taylor. “We appreciate the new [department of education] administration for creating space for us parents to participate in this process, but we do ask that you carefully consider and hold your team accountable in making these decisions.

Some stakeholders have asked the city to create a commission that would be independent of the education department so that it feels free to analyze and dissect the formula. Panel member Kaliris Salas-Ramirez, who is nominated by Manhattan Borough President Mark Levine, said she voted to approve because the panel received a commitment from the Chancellor to review the formula. Still, Salas-Ramirez wants a commission with experts who can perform a financial analysis of the formula.

Tom Sheppard, the only elected panel member who voted no, said he was torn over how to vote but couldn’t ignore what he had heard from the community. He, like Salas-Ramirez, said he wanted a commission with financial analysts.

Christina Veiga contributed to it.