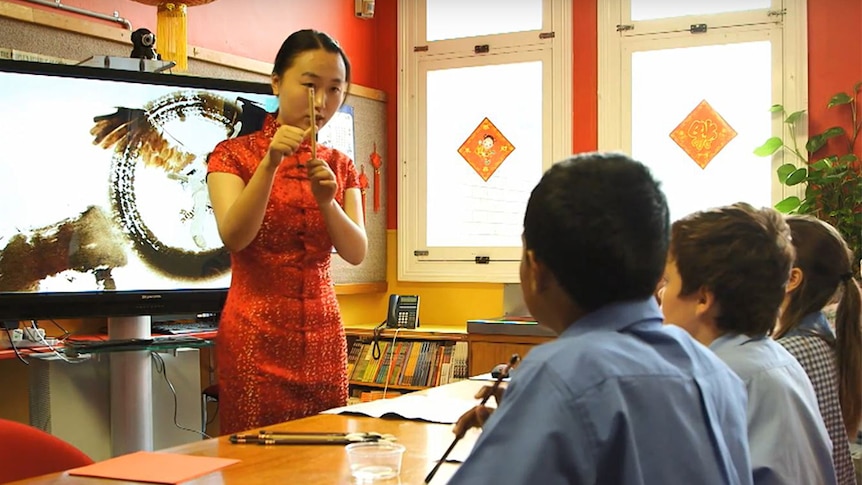 A controversial Chinese government-funded language and culture program was quietly halted at a Northern Territory school late last year after the NT government pledged to review the curriculum following concerns about possible propaganda in classrooms.

Despite this, six teachers from the Confucius Institute continue to teach in NT classrooms across Darwin.

The Confucius Institute Classroom (CIC) program at Woodroffe Primary School, which opened in 2017, ceased when the deal was struck in August last year, a ministry spokeswoman said. ‘Education.

“The decision not to continue the Confucius class was made by the school, based on its teaching and learning priorities,” she said.

“None of them are registered to teach in the NT, so the school’s NT-registered teacher is always present when classes are taught.”

While Northern Territory Education Minister Lauren Moss declined to answer questions from the ABC about whether Confucius Institute classrooms could influence or compromise academic freedom, the Ministry of Education said it helps students “learn a diverse range of local and foreign languages”.

“The department continues to work with the CDU to ensure appropriate annual review processes are in place for language programs in schools,” the spokeswoman said.

To many, the difference between the now abandoned CIC program at Woodroffe Primary School and a handful of Confucius Institute Chinese teachers teaching in the schools may not seem huge.

However, CDU Confucius Institute Director David Young said the two were not the same.

“In a CIC [program]you would have the teacher there all the time… five days a week,” he said.

All teachers are hired through the Confucius Institute, which last year received funding of US$236,000 ($327,761) from its Chinese partner universities Anhui Normal University and Hainan University.

Seven are undertaking the CDU’s Master of Education and two have been recruited from China in the past two weeks.

The university has just signed a new five-year contract with Hanban, the headquarters of the Confucius Institute, and its partner universities.

“Asia is our closest neighbour,” he said.

He said the university was “very firm” on foreign influence and had autonomy over the language curriculum.

“We answered a number of questions to the government, and they were very happy with the answers we provided.

“I think it is wise for countries to be vigilant against foreign interference. But certainly, in my own experience, I have not seen anything like this with our Confucius Institute.”

Avoid the risk of foreign interference

Swinburne University professor John Fitzgerald is one of Australia’s leading experts on China and its influence and has long called for a closer look at Confucius Institute programs in Australia.

However, he said the CDU’s approach was a “quite innovative” way of managing risk while remaining accountable to the university.

“There is no doubt that we need more Chinese language teaching and learning in Australian schools, but where Confucius Institutes are involved there is always a risk of foreign interference,” said- he declared.

“State and territory governments should up their game – it’s our responsibility, not China’s.

“The CDU program seems like a smart way to meet student needs while minimizing risk.

“Let’s wait and see how it all works out.”