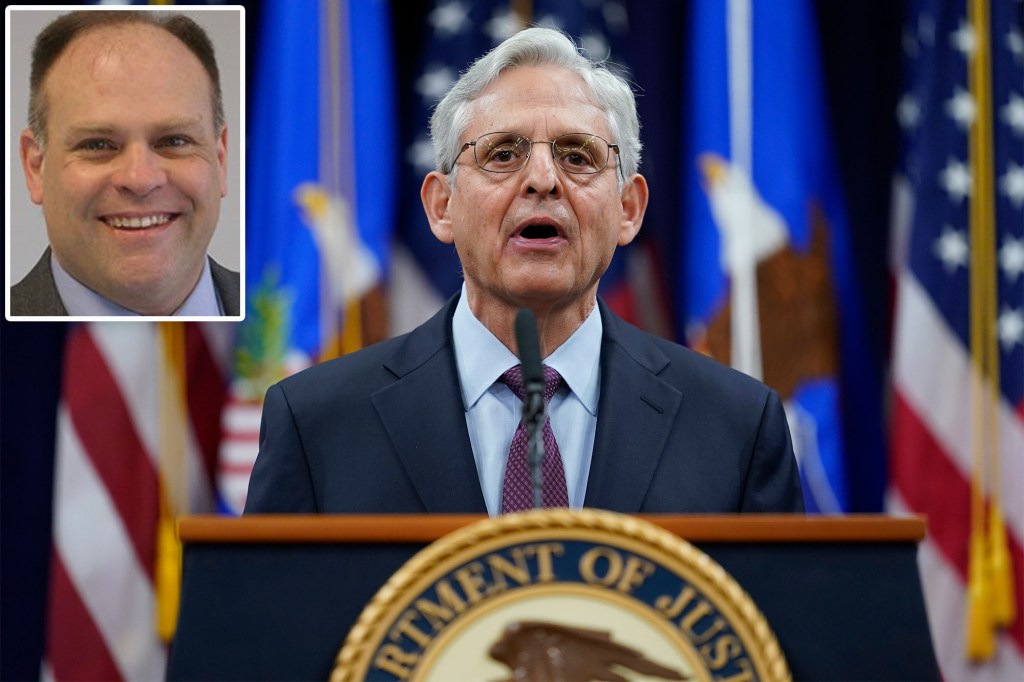 The National School Board Association was aware that Attorney General Merrick Garland was planning to release a controversial memo in response to the NSBA’s letter comparing parents’ protests over COVID-19 school mandates to “domestic terrorism” before the memo was released, according to emails obtained by Fox News.

“I understand Chip [Slaven] were familiar with the AG guidelines before they were published. So much for communication with the BOD [Board of Directors]wrote NSBA Southern Regional Director Pam Doyle in an email to SBA Board Member Beverly Slough on Oct. 5 — a day after the memo was released. Garland.

Slaven was then Executive Director and Acting CEO of the NSBA.

The email was obtained by Parents Defending Education, a pro-parents group, which shared the email with Fox.

“The American people deserve the truth on this issue immediately,” EDP President Nicole Neilly told Fox News. “It is appalling that the Department of Justice and Department of Education have continued to stonewall this outrage, ignoring pleas not only from the very people they are meant to represent, but also from the elected officials to whom they report. It’s no wonder that trust in government is at an all-time low.

Garland released his memo days after the NSBA sent a Sept. 29 letter to President Joe Biden, co-signed by the Slaven Association and NSBA President Viola Garcia, which said that “American public schools and its education officials are under immediate threat,” from parents protesting COVID-19 mask and vaccine mandates and critical race theory.

The letter suggested that the parents’ protests “could amount to a form of domestic terrorism and hate crimes” and asked the administration to look into the matter.

Emails have suggested possible collusion with the Biden administration. On the same day the letter was sent, Slaven told fellow NSBA officers that he had been “in talks over the past few weeks with White House staff” who had “requested additional information about some of the specific threats,” emails revealed.

An internal NSBA memo that circulated in October asked if the White House had ordered Garland to ask the FBI to investigate contentious school board meetings across the country.

Additionally, an Oct. 6 email from NSBA Secretary-Treasurer Kristi Swett to NSBA Board Member Marnie Maraldo said Slaven had told his fellow officers “that he was writing a letter to provide information to the White House, at the request of Secretary Cardona”.

Garland’s memo announced that the FBI would lead the law enforcement response to “a disturbing spike in harassment, intimidation and threats of violence against school administrators, board members, teachers and staff”.

He ordered the FBI and U.S. attorneys to schedule meetings with federal, state, local, tribal and territorial leaders to “facilitate discussion on strategies to counter threats” and “to open dedicated lines of communication.” reporting, assessing and responding to threats”.

After the memo was released, Slaven said in a statement that Garland’s action sends a “strong message to individuals with violent intent who are focused on creating chaos, disrupting our public schools, and driving wedges.” between school boards and parents, students and communities”. they serve.”

Garland’s memo sparked nationwide outrage among parents and GOP lawmakers, who said it attacked parents’ right to speak out on mandates and critical race theory.

Days later, the NSBA rejected Slaven and Garcia’s letter, saying in a statement “there was no substantiation for some of the language included in the letter.”

The NSBA has launched its own independent internal investigation into the matter.

“The National School Boards Association (NSBA) is launching a full independent review of the circumstances surrounding the September 2021 letter sent to the Biden administration. The sentiments shared in the letter do not represent the views or position of the NSBA towards parents and directly contradict our fundamental commitment to parent engagement – we have sent the wrong message and apologized,” John Heim, new executive director and CEO of the NSBA. , Fox News told Monday.

“The review will be conducted by Philip Kiko, attorney and former administrative director of the United States House of Representatives under two different presidents, and the law firm of Michael Best & Friedrich. The review will attempt to answer as many questions as possible, and the NSBA will share the findings with its members and the Hill as quickly as possible. We take this matter seriously and will continue to take appropriate action,” Heim said.