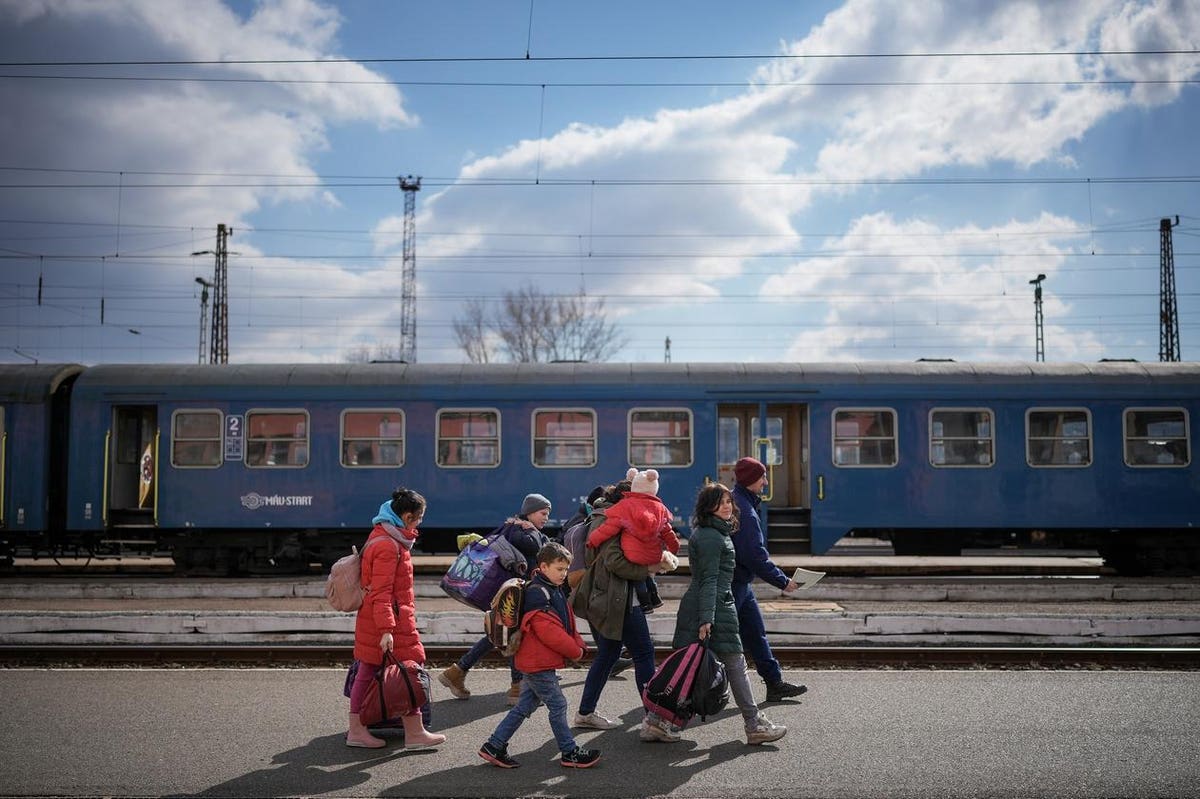 It’s been almost three months now Russia invaded Ukraine, and much of the latest news coverage has been hopelessly predictable. It’s as if every day, foreign correspondents still share news another Russian atrocity. Or, outnumbered Ukrainian defenders still hanging on. From a new demonstration of defiance by President Zelensky. More countries, like the United States, are sending aid packages and weapons. More fights, more deaths.

The reporters tasked with reporting this story certainly want readers and audiences to stay home invested and attentive to what’s going on. But rather than wrapping their arms around the greatness and battles that are part of this damn geopolitical conflict In turbulent Europe — as it races toward an uncertain endgame — a group of NPR veterans decided to focus on the small and the personal.

Instead of covering the war the way most others do, journalists have launched a podcast in partnership with Spotify to tell first-person accounts of ordinary Ukrainians. Ukrainians like Galyna, who fled Mariupol with her dog and a camera. From Max, who records fairy tales for children who hide from war in basements. And of Svetlana, who narrowly survived an attack by a Russian anti-tank missile as she fled a village near kyiv.

Stories from Ukraine: One Person at a Time

Each episode of the podcast, with a few exceptions, is just under 15 minutes. Effort is the product of Intrepid Mediaa new journalism collective that has set itself the following roadmap as a guide:

As David Greene, former NPR host and co-founder of Fearless Media, told me, “We think headlines don’t help us process the world. Stories do. And so, each episode of the podcast begins with Greene telling listeners, in the opening moments, that this is a show about “Telling the Story of the War in Ukraine, One Person at a Time.”

“One thing we were already exploring at Fearless is how to cover ‘news’ in different ways – more narratively and more experientially,” Greene told me about Ukrainian storieswhich received the green light from Spotify in early March.

Fearless Media flew to Warsaw and was ready to begin work a few weeks later. The team then began reporting from inside Ukraine on March 28.

“We all have a background in the news and appreciate the tremendous importance of covering events and moments as they unfold,” Greene continued in his chat with me. Again, this did not necessarily lend itself to an easy or automatic answer to the question, “What could we do to help people deal with this senseless war?”

“Ukraine Stories,” Greene said, “was born out of an attempt to answer that question. If we focused on one person and one story each day, we hoped an intimate bond would form between listeners and storyteller. There would be relatability and empathy. The context is unimaginable to those of us not living through war. But the questions of humanity and life that a person faces are, at their core, familiar. .

The simplicity of the idea here is also the strength of this journalistic product. The title of each episode is the first name of the Ukrainian telling his story. Ukrainians love Marco, Tatiana, Max, Sonia and Nadia.

Svetlana’s story comes about halfway through the season and is perhaps the most emotionally devastating of them all. She sniffles and cries at times throughout, apologizing, asking for time to pull herself together – clearly far from having put the trauma of war behind her. In fact, this Polish teacher and yoga instructor finds herself referring to her normal life in the present tense. “I think Kyiv is the best. He really has it all,” she tells Greene. “… I’m serious had everything.

“What I miss the most is my usual life. Sitting and drinking some kind of cappuccino and working on my laptop. Just regular, you know, life. Of an ordinary person.

She tells how, after the war started, she left kyiv and went to a nearby village to hide with her family. But then Russian soldiers occupied this village, and after running out of food and electricity, she and her family decided to return to kyiv. Because of the youngest passengers in their car, they made white posters stating that there were children inside.

Svetlana recounts in gruesome, gritty detail what it was like to experience an attack at a checkpoint, when bullets began to eat away at the ground around their car.

“I don’t know how it came to my mind, where they say if something happens you just put your head in my lap. I remembered it and started crying: ‘Head in my knees! Head in your knees! And, ‘Cover your head!’ It was just shooting all the time. It was all, you know… the glass. I was just trying to pull myself up into the front seat and put my head as low as possible. I also had my phone in my hand, and I just did this…” (She puts her phone on top of her head, to demonstrate).

She begins to cry softly.

“I thought something big was happening. And orange…and that’s when I saw it. That’s it. Now I’m going to die.

An anti-tank missile hit the back of his family’s car. Miraculously, she survived. Not everyone did. There was a ringing in his head. She frantically got out of the car. “I hid behind the open door, like in the movies they make, you know? I started shouting, ‘We have children! Stop shooting at us! We have children! »

There are other interviews like Svetlana’s that will stick with listeners long after the episode ends. The Fearless Media team recorded as many in-person interviews as possible – sitting with Ukrainians in refugee shelters, refugee reception centers, parks, cafes and hotels. From Lviv to kyiv, from Poltava to Zaporizhia. Because some interviews took place at the last minute and others involved people on the move, some of them were recorded remotely.

Lead producer Ashley Westerman, who alternates hosting duties with Greene, used her audio production skills to make the remote interviews always sound as intimate as possible to the listener.

“I will definitely miss this place,” Westerman told me. “This project had such an impact on me.”

She praised the show’s fixer and translator, Anton Loboda, as indispensable to the effort. Loboda also helped bring in several candidates for interviews. Fearless Media’s local colleagues, Westerman continued, “have also been key in helping to convince people to talk to us. Someone who speaks a person’s language and is from their own culture takes the lead in asking someone about their recent traumatic experiences, which greatly helps potential interviewees feel safe enough to open up.

“I don’t think we could have landed the interviews we did without the help of our Ukrainian colleagues. Then, once the interviews started, David and I carried them through, drawing on years of experience interviewing traumatized people and people in crisis. So it was really a team effort.