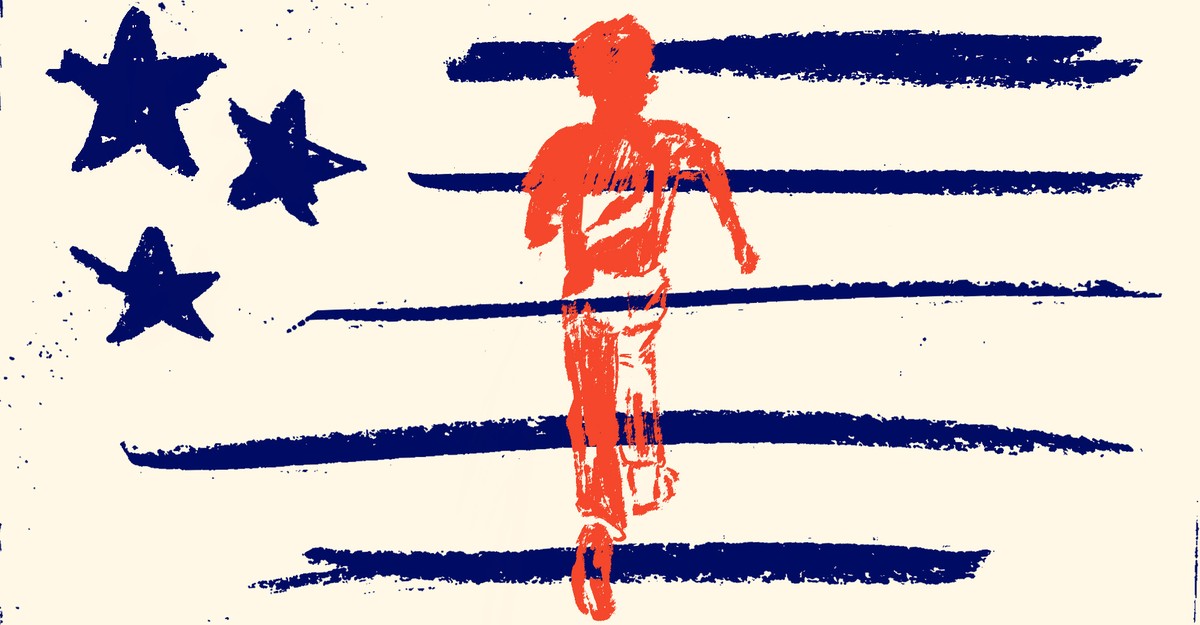 Four days ago, I filled out the paperwork to enroll my son in kindergarten. After sending the email – filled with attachments of IDs, birth certificates, proof of residency and vaccination records – I turned to my wife and said the cliche ultimate parenting: “They’re really growing up so fast.”

I picked up my phone and started scrolling through photos of my son from the day he was born nearly five years ago, his pink-brown body awash in wrinkles and wonder. I kept scrolling and saw pictures of him in the crib where he slept (and too often didn’t sleep); photographs of him chasing a flock of birds in the park, arms raised as he trotted towards them with breathtaking inelegance; photos of him after eating applesauce for the first time, his eyes shining, his smile as wide as the sky, his lips covered in a mess of golden mush.

The school where my son will go to kindergarten is a few minutes walk from our house. The other day (when his preschool class was closed due to a case of COVID), we walked around there during lunchtime so he could see the students from “big kid school” whom he would attend in the fall.

The scenes were like you imagine in an elementary school during recess. Soccer balls bounced off legs, grass and gates as a group of children chased the balls regardless of who was on the team. The children slid down the slide in every way – backwards, forwards, head first on their backs, head first on their stomachs – before falling onto the mulch waiting at the bottom, then climbing back up for everything restart. Some were chasing each other with sticks, pretending to be wizards or superheroes or wizards who have been Super hero. My son was thrilled with it all. I mean, who wouldn’t? Elementary school is a place where innocence abounds, where laughter ricochets off the walls in constant and endless cascades.

It is this innocence, this hope of laughter and levity in the hallways that house some of our smallest humans, that makes news of the shooting at Robb Elementary School in Uvalde, Texas yesterday so devastating. At least 19 children and two adults were murdered by an 18-year-old gunman. It is the deadliest mass shooting this year, the second deadliest school shooting in the past decade, and it comes just 10 days after what was the deadliest mass shooting this year. year, when a white supremacist gunman murdered 10 people in a Buffalo grocery store. store, with the goal of killing as many black people as possible.

I’ve spent the last week thinking about what it means to be black in a country where people hunt you down and hope to broadcast your murder live. I will now spend this week thinking about what it means to be a parent in a country where your child may not one day come home because a teenager was able to buy a gun so easily. These statements are not hyperbole; they are empirical. There have been over 200 mass shootings in America in 2022; 27 of them have been in schools. Texas recently lowered the minimum age to purchase a firearm. Hate crimes are at their highest level in more than a decade. White nationalist language was integrated and amplified.

In Uvalde, children woke up yesterday morning. They may have eaten their favorite cereal for breakfast. They may have tied their shoes with double knots. They may have hugged their parents, who were rushing off to work, never suspecting that they wouldn’t see their children when they got home. They may have laughed with their friends on the bus, telling the kind of jokes that make elementary school children’s bellies roar with joy.

Now 19 of them will not be coming home. They never will.

I’m a writer, but I feel like I miss language at times like this. What vocabulary can describe the heartbeat of a parent pacing for hours outside a school, waiting to find out if their child survived? What kind of phrases can capture a fear that no family should have to harbor? What words could ever measure up to the lost lives of so many little ones?

I want to live in a country where my presence is not perceived by some as an existential threat. But that sounds like a fantasy. I want to walk past the school where my son will be attending kindergarten next year and see a place that will keep him safe. But that is impossible. We live in a country that has let us down. Where legislation is written – and erased – by the gun lobby. Where manipulations and distortions of Second Amendment rights prevent politicians from enacting any semblance of sensible laws that would be at least to attempt to prevent this. Where claims about what our founders wanted supersede the slaughter we see right in front of us. Where the cocktail of easily accessible firearms and the normalization of extremist views make nowhere feel safe. There is no other country in the world where this happens. And the fact that it happens, and happens with such frequency, reflects a choice that was made. But just because a choice has been made does not mean that different choices are not possible. Different choices are possible.

Ten-year-old Amerie Jo Garza was in fourth grade and had, just hours before filming, received her certificate of honor at the school’s awards ceremony. There is a photo of his father, Alfred Garza, holding a photo of his daughter on his phone, which shows her moments after receiving the award. His eyes are bright, his smile overflowing with pride. She was one of 21 people killed.

There are parents today who go through the pictures of their children, realizing that there will be no more pictures of them to take. We can’t go on living like this, but I’m afraid we will.