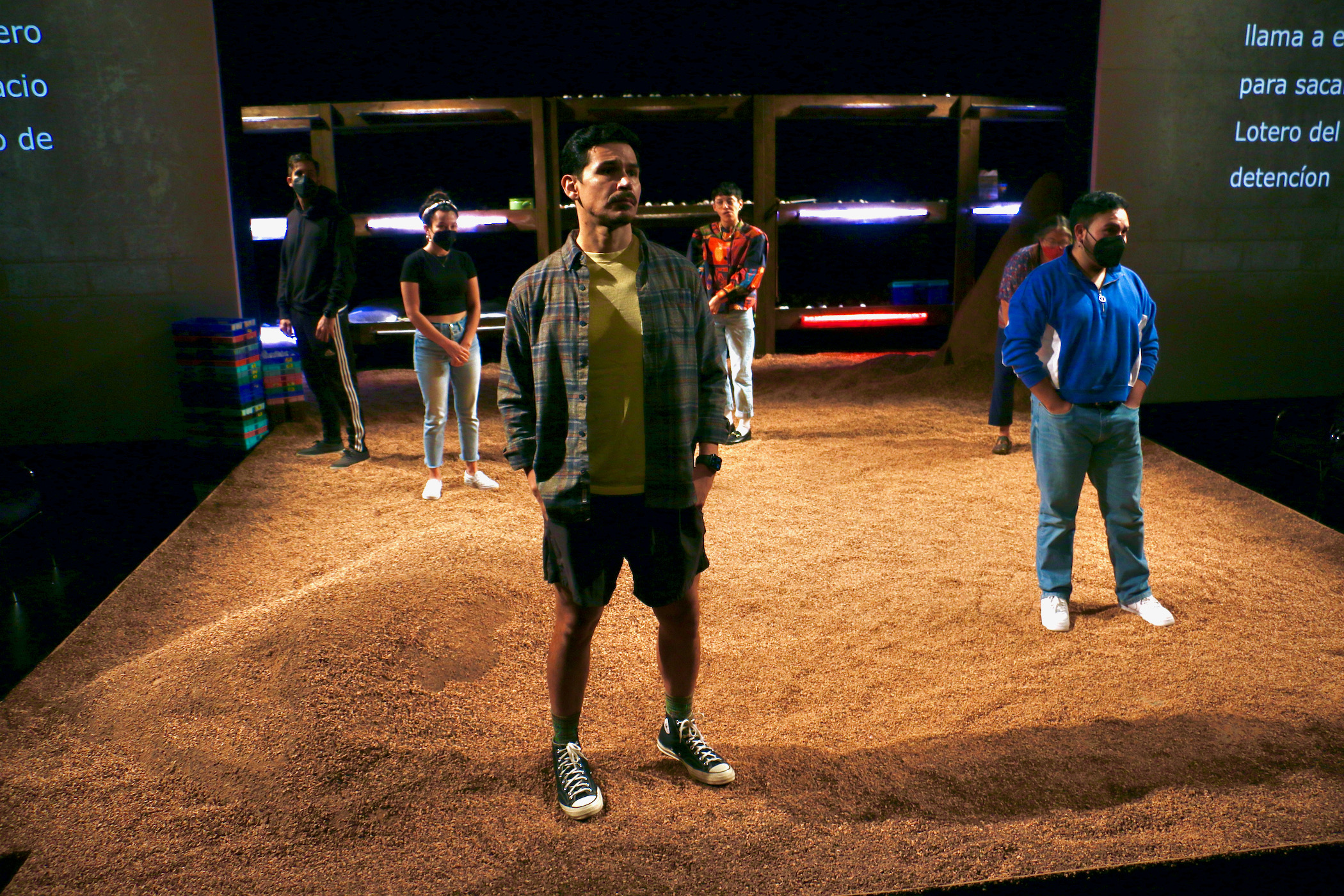 After nearly a decade in development, ‘Mushroom’ premieres this weekend at People’s Light and Theater in Malvern, through October. People’s Light commissioned Davis to write it as part of its New Play Frontiers program, in which the company commissions nationally acclaimed playwrights to write original works based on local communities in the area around Malvern.

Davis, a Pulitzer finalist playwright, was part of the original Frontiers program playwright cohort, but funding issues delayed its premiere. Other plays fell in line before “Mushroom,” including Karen Hartman’s “Project Dawn” (2017), about a Philadelphia courtroom for cases involving women accused of prostitution; “Mud Row” (2019) by Dominique Morisseu, on a historic black neighborhood in West Chester; and “Bayard Rustin Inside Ashland” (2022) by Steve H. Broadnax, about the civil rights activist who grew up in West Chester.

The set of “Mushroom” resembles a mushroom farm: mushrooms grow in dark, closed rooms on multi-level beds. The floor of the stage is covered in what appear to be mounds of rich mushroom compost (it’s actually granulated cork).

During the play, the same decor is used to represent several places, mainly through the artistic use of light and sound. The mushroom house is always present, wherever the action takes place.

There are eight actors, some playing multiple roles, but there is no “main” character. Davis wrote the story to reflect communities of people and how they interact.

Davis said the “heart” of the piece was inspired by Anel Medina, an undocumented registered nurse who first came to the Kennett Square area as a child from Mexico City with her parents, who came to work in mushroom farms. When her mother was diagnosed with breast cancer, Medina, barely a teenager at the time, became her medical translator. This inspired her to enter the medical field.

Medina is a beneficiary of the DACA Dreamers program and is the subject of a PBS television short.

Davis included an unnamed narrator who exists outside of normal reality. Named “Third Person Omniscient” (played by Janice Amaya), Davis describes the character as a “shape-shifter” who exists in a different realm of consciousness.

“It really helps as a theatrical conceit for us to be able to relate to people who may not actually be talking about what’s most important to them,” she said. “Either because it’s culturally where they are or what they’ve been told to do, which is normative. But also, because of the policies of this country, they were forced to hide these stories. »

To write the screenplay, Davis traveled to Chester Count several times to meet undocumented mushroom farmworkers and the people who assist them through cultural organizations such as Phoenixville’s Alianzas and Casa Guanajuato. She met mushroom growers, some of whom are also undocumented immigrants. She worked on the play at community readings in Chester County.

But without a date for the first firm, the scenario languished.

“I was like, ‘Oh, this coin is going to go in a little trunk that I can just look at once in a while,'” Davis recalled. “Then there was funding from the Mellon Foundation and the Pew Foundation. They thought this story would actually be very important.