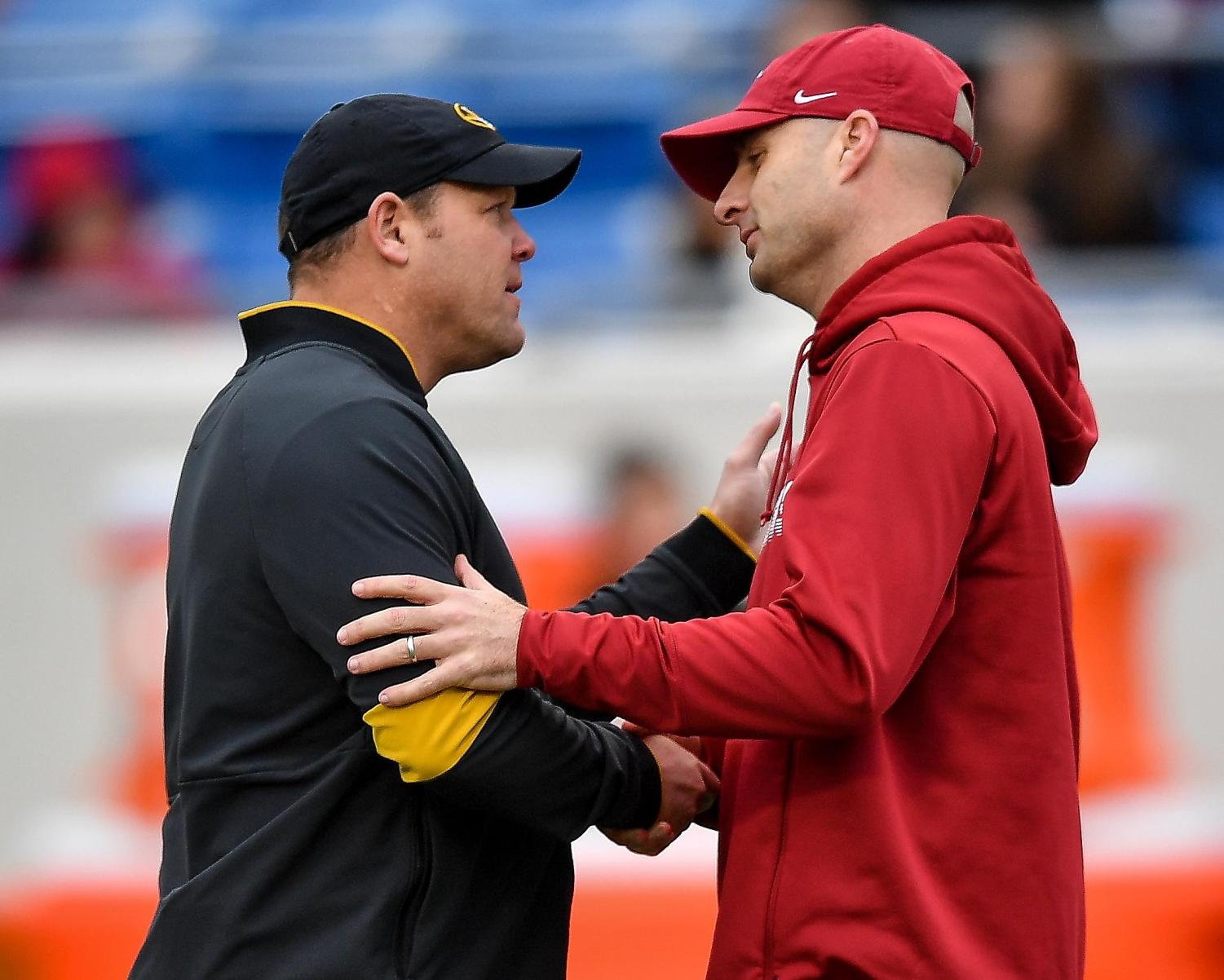 Lunney was UTSA’s OC last season, a powerhouse team that the Illini witnessed firsthand when they lost to them, 37-30, at home on Sept. 4.

Lunney is a familiar face to Bielema, who originally hired him as a tight ends coach at Arkansas in 2013. Bielema ultimately intended to promote him to OC himself, but he was fired before to have the opportunity to do so.

“Once I was with Coach Lunney (at Arkansas), I believe that was maybe the second or third year we actually split our special teams,” Bielema said. “We didn’t have a 10th coach, so we made sure that each coach had a special team. The reason I did this was because I thought it maximized our staff, but I also enjoy watching coaches who aren’t coordinators at the time learning how they can run the room.

“So I put Barry in charge of our punt team, and it was something he had never done. … I did it for two reasons: I thought it would be great for the room, but I also wanted to watch him, see him, and learn (about) him as a potential coordinator. If I had stayed in Arkansas, I knew I would have transitioned (to Lunney) eventually in a way offensive.

Since Bielema’s exit from Arkansas, Lunney continued as a tight ends coach before taking the interim head coaching title for a few games in 2019. After that season, he jumped to UTSA as an offensive coordinator, leading one of the most potent offenses in the nation.

For some perspective, UTSA ranked 11th nationally in points per game at 36.9 last season. Meanwhile, Illinois struggled as one of the Big Ten’s worst offenses averaging 20.2 points per game.

“Obviously the last two years at UTSA I’ve seen what he’s been able to do as an attacking coordinator,” Bielema said. “He took this program to new levels of success. I saw it with my own eyes as a competitor and witnessed it overall. When I decided to make the transition, I started looking at different offensive coaches, different offensive styles, different programs, and I kept coming back to Coach Lunney at UTSA.

“The conversations I started having with him and even with their head coach talked about what Barry was able to do to set up, implement, put in his own verbiage and language.”

Regarding this verbiage, Lunney coined the term “tempo”, a combination of tempo and pro style, to describe the way he plays offense. Lunney emphasized his desire for the offense to play to his strengths rather than strictly impose his UTSA playbook.

Bielema reinforced Lunney’s emphasis on malleability with offense, noting the Roadrunners’ ability to change their offense to be dominant in running or passing depending on the opponent each week. That level of adaptability is something he hopes to bring to Illinois with Lunney.

“Even though I’m talking about developing our strengths and playing to our strengths, … I think (there’s) one thing that’s not going to change,” Lunney said. “One thing we’re not going to shy away from is the identity of the physicality and the toughness that is needed to win in college football. It may be different from what was done here in the past. Can -be a little bit different from what we did in Arkansas. What’s not going to waver is the identity that we’re trying to establish to run the game of football.

Lunney cited his foray into education as helping him teach players as a coach. One thing he emphasized was his understanding that everyone learns differently and that he may need to train auditory learners differently than visual learners.

“I brought him because I knew him personally and what he is capable of teaching; that’s why I made the move,” Bielema said. “I think he’s an amazing teacher. He was a football coach in high school, so he literally had to go the way of a teacher and an instructor. It is very important for me. Lots of people can talk. Very few people can teach. I think he’s a great teacher, which excites me.