No less than 39 such courses have been opened in Thailand, and there are about 200 Vietnamese language teaching centers and institutions in the United States. Meanwhile, the number of such centers in Cambodia and Laos is 33 and 13 respectively.

According to Le Xuan Lam, a Vietnamese expatriate in Poland, editor of the newspaper Que Viet and chairman of the board of the Vietnamese language school in Lac Long Quan, the movement of learning Vietnamese among overseas Vietnamese children in Poland has developed. strongly in recent years. 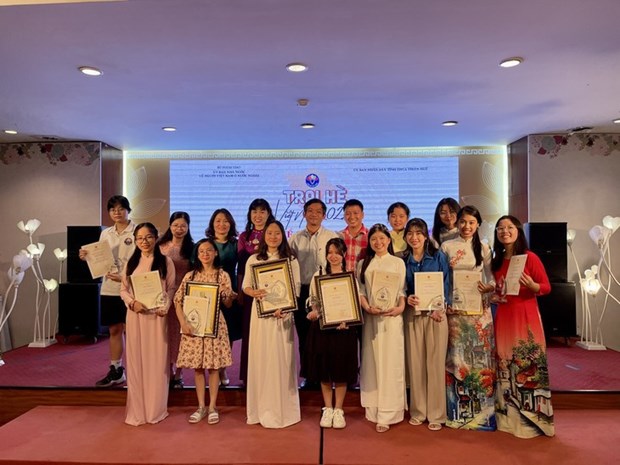 Created in 1999, the school now has between 150 and 180 students aged 6 to 14 years. Since the COVID-19 outbreak, he has transitioned to online teaching and learning. Through the program, students not only learn to listen, speak, read and write, but also better understand Vietnamese culture, Lam said.

Sharing the opinion of Lam, vice-president of the Vietnamese Association of Savanakhet province in Laos, underlined the urgent task of preserving cultural identity and national traditions.

Teaching and learning the Vietnamese language helps connect and build solidarity among VOs in the country, she said.

By showcasing the Vietnamese language, the project also aims to help build stable, cohesive and strong communities. Overseas Vietnamese communities that always think of their homeland and actively contribute to it; and help spread the policies of the Vietnamese Party and State as well as Vietnamese culture among international friends./.