MORE THAN TWO-THIRDS OF PARENTS ‘ARE WORRIED ABOUT PAYING FOR FOOD, ENERGY AND FUEL’ 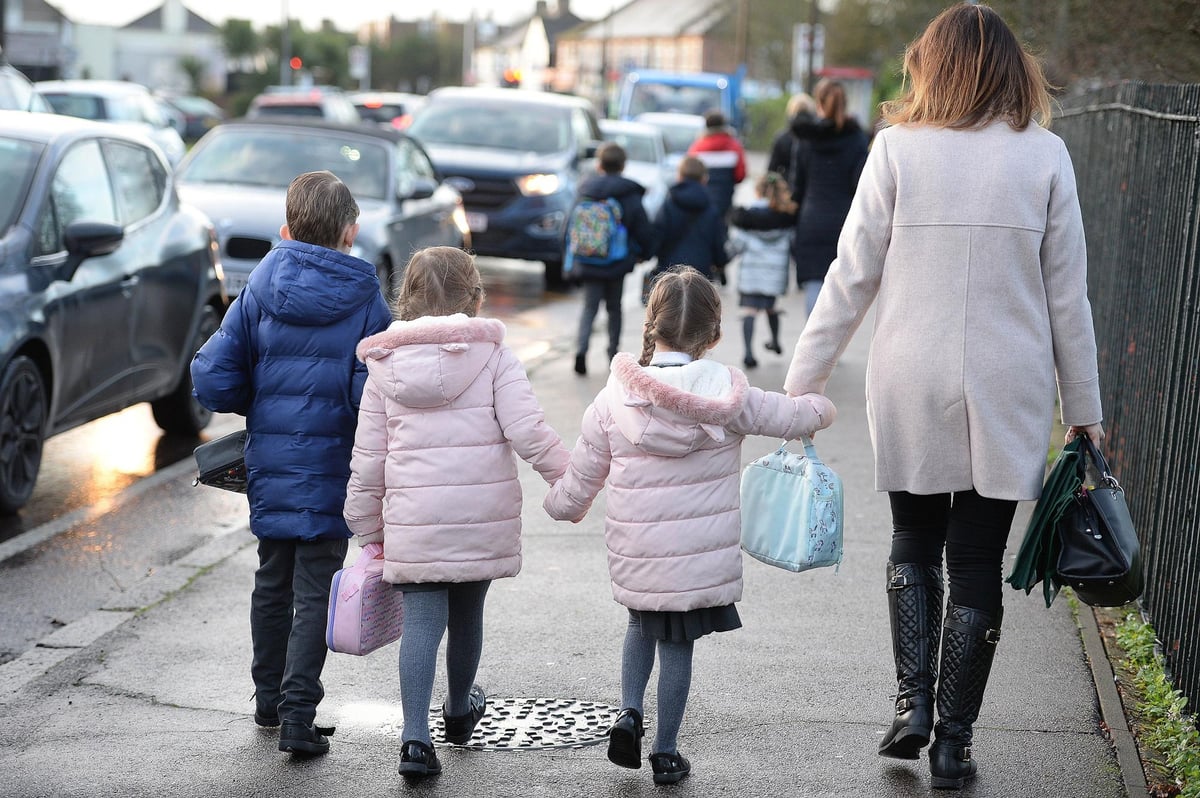 File photo dated 17/01/20 of parents walking their children to school in Hornchurch, Essex. The government is being urged to put the family at the center of policy-making, as England’s Children’s Commissioner has released a key report on the composition of British families. Issue date: Thursday September 1, 2022. PA Photo. Dame Rachel de Souza has urged the new Conservative leader’s administration to ‘prioritize’ putting families ‘at the heart’ of policy-making, as she warned in a new government-commissioned report that Gaps in official data fail to capture families as they see themselves. . See the PA POLITICS Families story. Photo credit should read: Nicholas.T. Ansell/PA wire

More than two-thirds of UK parents are worried about paying for food, energy and fuel in the coming year and are ‘stretched over the edge’, research shows.

Parents described feeling ‘overwhelmed’, ‘disappointed’ and ‘failed’ as cost of living pressures make it increasingly difficult for them to afford the essentials, according to research by Nesta.

The fears add to the mental health legacy of the coronavirus pandemic, with more than half of parents fearing the impact on their children.

The foundation for social innovation commissioned Opinium Research to survey 5,000 UK parents between August 18 and 22.

He believes it is the biggest survey of British parents since the pandemic began in January 2020.

More than half of parents surveyed worried about paying rent or mortgage payments (58%), credit cards and personal loans (53%) and child care (52%).

This figure has risen to 74% of parents in London who are worried about paying rent and mortgage payments, credit cards and loans.

Nesta said the results show parents are being “stretched” by the crisis.

One parent said: “I felt a little overwhelmed. Childcare is scarce and too expensive anyway and I have to balance that with a job and the rising cost of living.

“I don’t know how I’m going to cope with winter.”

Another said: “I feel let down. We haven’t had a vacation abroad and I’ve been working a lot so we haven’t had much family time either.

“I feel like the kids have been left alone and it makes me feel guilty and sad and a failure.”

The survey also revealed that 56% of parents were concerned about the impact of the pandemic on their child’s mental health.

Three in 10 said their child was still struggling with mental health issues due to the pandemic.

More than half worried about missed time in education due to the closure of nurseries or schools (57%), lost and missed services such as speech therapy (55%) and missed social interactions with other children (60%).

Ravi Gurumurthy, chief executive of Nesta, said: “The cost of living crisis is a mental health crisis, not just a financial one.

“Marred by the last two years of Covid, lockdowns and school closures, parents are now worried about the future and how they will feed their children, pay their energy bills and mortgages, and pay for child care.

“Some families will have the resources and resilience to cope. But multiple crises risk leaving millions struggling to cope and deepening inequalities.”

The organization is calling for a lower energy bill cap and more help for low-income families and for children who have fallen behind in school.

An estimate from the End Fuel Poverty Coalition suggests that more than 12 million UK households (42% of all households) will face fuel poverty this winter.

The estimates take into account the support announced by the government.

A spokesperson said: “The households affected by these figures all face a real risk of making daily economic sacrifices that compromise their standard of living, many of them at risk of health complications caused by living in a cold and damp house.”

A government spokesperson said: “Countries around the world are grappling with rising prices, but we recognize that inflation poses significant challenges for families, which is why we are phasing in £37billion household assistance throughout the year.

“This includes direct payments of at least £1,200 for eight million of the most vulnerable households, as well as tax cuts and a reduction in the Universal Credit sliding rate to help people keep more of their what they earn.”