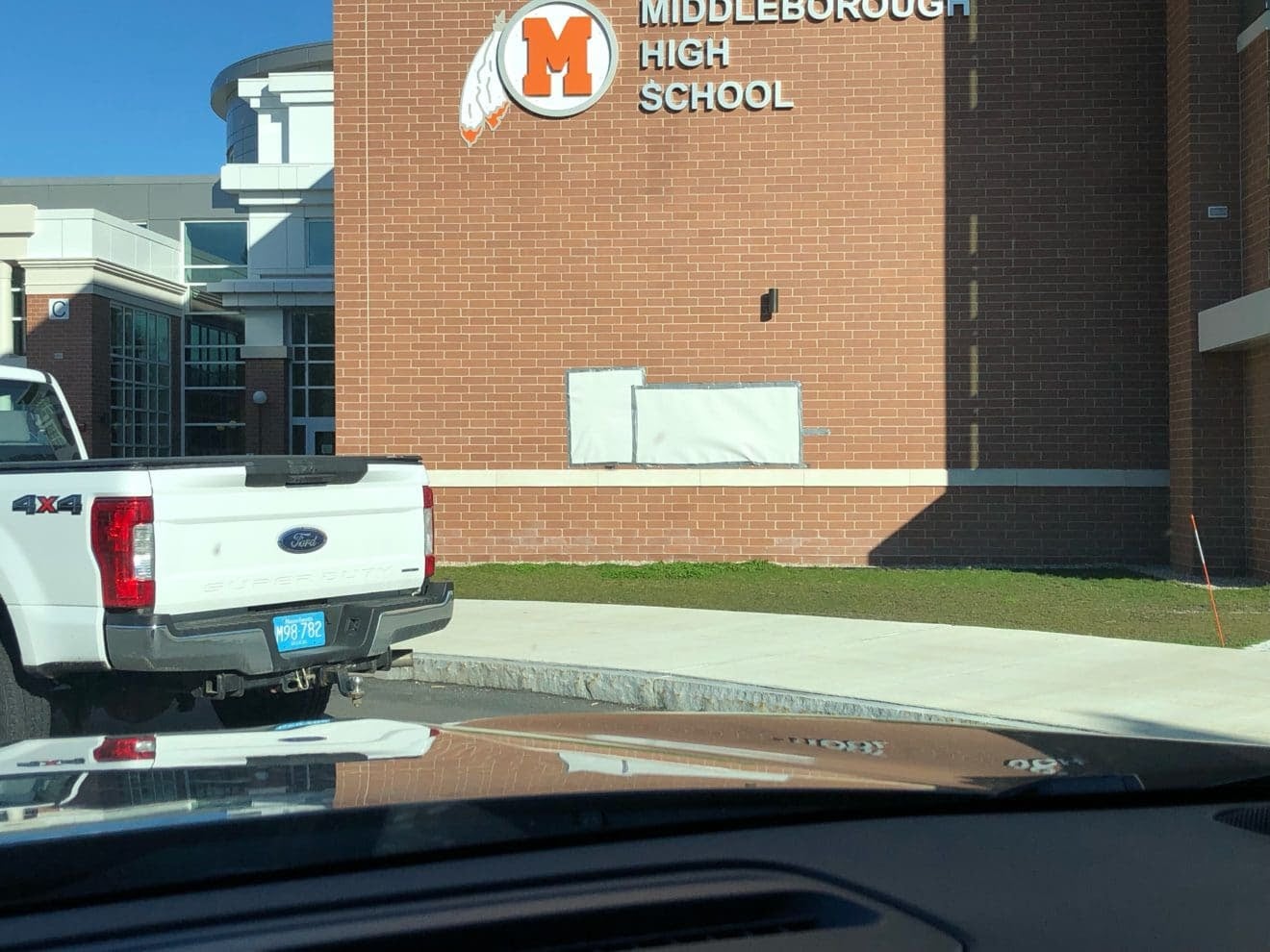 Middleborough Police are investigating an act of vandalism at Middleborough Secondary School which they believe included hateful language and symbols.

Police say at 7:40 a.m. Sunday they were dispatched to the school for a report of vandalism to an exterior wall of the building.

Upon arrival, responding officers found spray-painted tags on the side of the building. The tags included hateful language and images, police said, including a swastika.

“There is no place for the type of hatred these individuals display at Middleborough High School, and we are committed to working with the school administration and our community partners to investigate the crime that has took place and process the messages themselves,” the chief said. said Joseph Perkins in a press release.

Principal Paul Branagan wrote in a letter to the school community on Sunday that the school’s facilities manager found the graffiti and contacted police. He said the graffiti was “extensive and deeply disturbing”, circling the perimeter of the school.

Branagan said the graffiti also included a “direct threat” against him.

“I have to clarify something absolutely clear; I am beyond frustrated that this happened in our school. Hateful symbols and threats have no place on our campus and within our community. This behavior will not be tolerated at any level,” he wrote.

The graffiti was covered up until a cleanup crew could remove it on Monday.

Middleborough Police are asking anyone who thinks they have information about the incident or the suspects to call the department at 508-947-1212.

Stay up to date on all the latest news from Boston.com