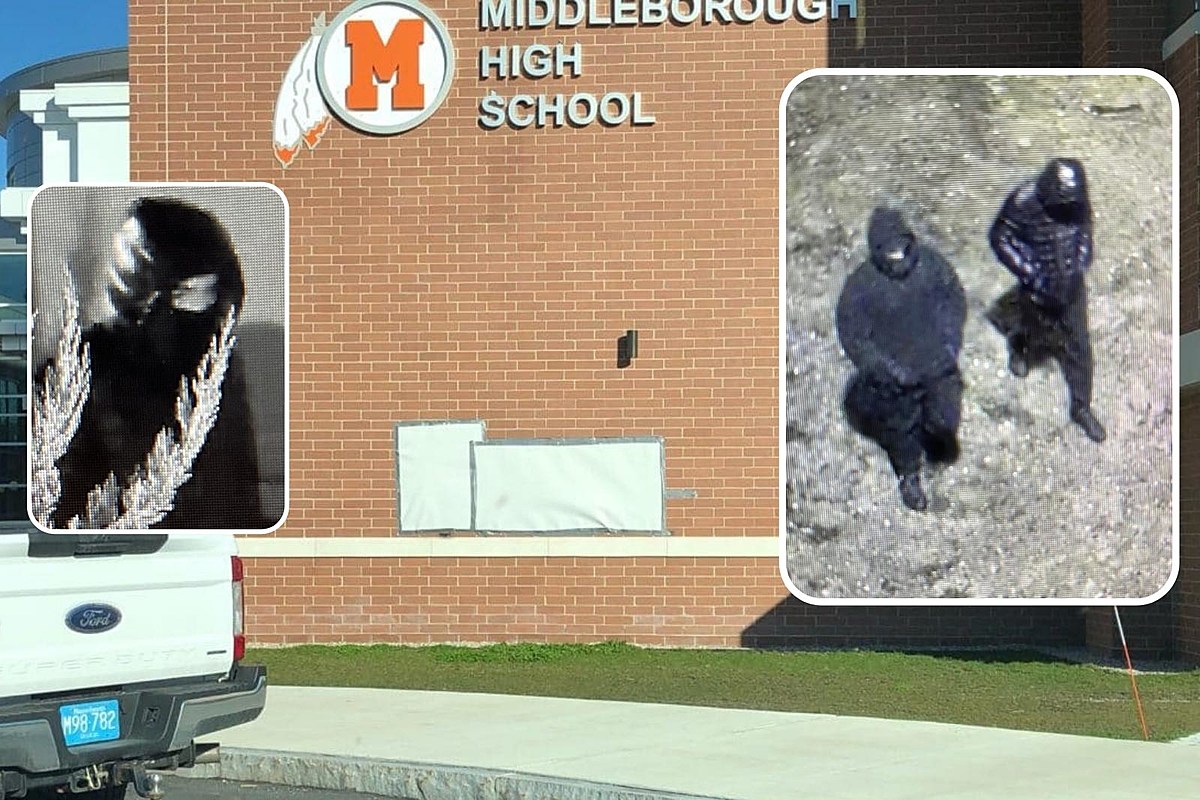 Middleboro police are investigating after vandals spray-painted the side of the town’s high school on Saturday night with “hateful language and imagery,” according to Police Chief Joseph Perkins.

Perkins said police were dispatched to Middleboro High School, located at 71 East Grove Street, around 7:40 a.m. Sunday morning for a report of vandalism to an exterior wall. Responding officers observed “labels spray-painted on the side of the building,” Perkins said, “with hateful language and imagery, including a swastika.”

No other details were provided as to language or imagery. The vandalism had been covered up on Sunday afternoon.

In an email to the “Middleboro High School Community,” principal Paul Branagan said the graffiti included “a direct threat to me spray-painted outside the high school.” He described the vandalism as “extensive and deeply upsetting” and said a cleanup crew would be at the school on Monday to remove the vandalism.

“There is no place for the type of hatred these individuals display at Middleboro High School, and we are committed to working with the school administration and our community partners to both investigate the crime that took place and deal with the messages themselves,” Perkins mentioned.

Anyone with information about the incident or suspects should contact Middleboro Police at (508) 947-1212.

An accident on Belleville Avenue sent a car into the Martin Auto School brick wall on March 24, 2022. Here’s a look at the damage.