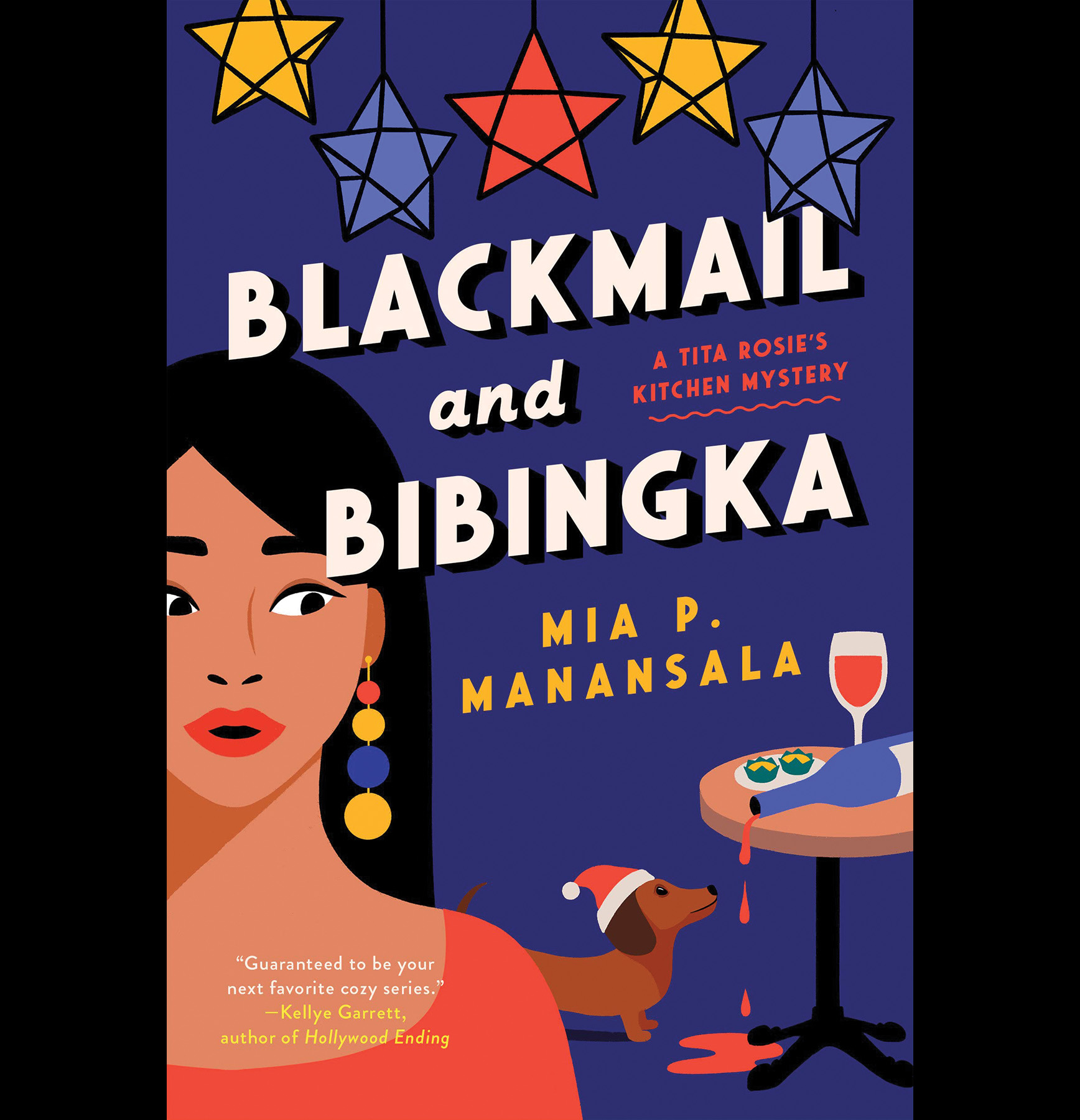 Book coach and author Mia Manansala burst onto the literary scene last year with its smash debut Arsenic and Adobo, which would turn out to be the first installment in an original and fun series steeped in rich Filipino heritage and spiced up with a generous helping of delicious Filipino food.

She made it a quick punch in the cozy mystery subgenre with her follow-up to her successful debut called Homicide and Halo-Halo.

This fall, fans who have fallen in love with her characters led by Lila Macapagal and her friends and relatives will be in for a surprise: the release of the third volume of what is now also called the “Tita Rosie’s Kitchen Mystery” series.

Blackmail and Bibingka take off where Homicide and Halo-Halo ended.

As Arsenic and Adobo, Homicide and Halo-Halo ended in a cliffhanger and like what she did in the first two books, the author teased readers by releasing the new chapter of the next installment in the saga.

Manansala has brought a whole new generation of comfortable readers to the table, making inroads with millennial readers because she’s in touch with the voice and texture of their communities. A subgenre of detective fiction, “cozies” spotlight eccentric amateur sleuths and their small-town crime-solving powers. Manansala’s books embrace the conventions of the comfortable culinary subgenre while exceeding them, creating various mysteries that everyone enjoys.

Like its predecessors, Blackmail and Bibingka is a thrilling mystery that features these all too relatable characters (hello, Titas!), relatable family dynamics, and delicious food (recipes for delicious Filipino food included in the back of the novel).

The stories are set in the small town of Shady Palms, Illinois. In a nutshell, local baker Lila Macapagal and her kin run Tita Rosie’s kitchen, serve delicious Flipino dishes, and solve side-crimes as amateur detectives.

Manansala’s style makes the series such page turners that fans are known to devour the books in one sitting, like a delicious bowl of Hello Hello and a plate of bibingka,

In an interview with the Asian newspaperManansala revealed that his first book was not originally sold as Arsenic and Adobo. The original title was Love, Loss and Lumpiawhich his editors liked, but they told him it wasn’t “mysterious enough”.

“So I brainstormed a list of titles that fit the usual mystery parameters but also included Filipino food and sent them the list,” she shared. “They have chosen Arsenic and Adobo of the list (which I love so much and which made me wonder why it took me so long to find it) and from then on I followed the convention of an alliterative criminal word over Filipino food. It’s so much fun!”

Manansala’s books, aka Tita Rosie’s Kitchen Mystery series, focus on Filipino food, family, and murder. Its protagonist, Lila Macapagal, is thrust into the middle of a murder (like the first book) or solves a murder at a small-town beauty pageant she is judging in the second installment of the series.

“Filipinos tend to like beauty pageants, so I thought it would be interesting to make it a crime,” she said of Homicide and Halo-Halo.

“Homicide and Halo-Halo was the first book I had to write under contract, so before I could even start, I had to turn in a full synopsis (the whole story of the book, including the ending) to my editors,” Manansala recalls.

It’s something she has to do for all of her books under contract, so she always makes a plan, builds her synopsis from that, and then uses those materials to guide her as she crafts the story. When she’s stuck, she turns to the synopsis and outline saying she doesn’t have time to wait for inspiration to strike.

She also talked about the “second book syndrome” where authors and writers feel like writing their second book is so much harder than the first because, with the first book, they could take as long as they wanted him to do it “well”. ”

“The second book is often part of your contract and has a deadline, so not only do you have to write on a much tighter schedule than you’re used to, but you also have to do it when editing and promoting of your first book and dealing with increased pressure to do well. It can be overwhelming at the best times, and having to deal with it after being laid off and during a global pandemic…I’m so proud of myself to have gone through all of this and produced a solid book,” he said. she stated.

“I followed the convention of an alliterative criminal word plus Filipino food. It’s so much fun!” -Mia Manansala

As an author, Manansala thinks it’s extremely important to have Filipino characters like Lila Macapagal in his books.

“I follow Toni Morrison’s adage to write the books that I want to read, that I wish I could find on the shelf but can’t. There are wonderful Filipino and Diaspora Filipino writers, but there could always be more,” she said.

Manansala was an English teacher at a cultural immersion language school, which closed at the start of the pandemic.

She works part time at her local library where she spends the first half of the week writing and working with her book coaching clients, the second half doing her library work. Her weekends also tend to be spent on writing-related activities.

“I work best late in the morning until early afternoon – after 4 or 5 pm my brain is mush, so I try to get rid of all my productive work as early in the day as possible,” she explained.

Born and raised in Chicago, Manansala grew up in a multi-generational family that included her maternal grandparents, parents Nilo and Marion, two younger brothers, and a few cousins.

“It was still pretty hectic and no one had any privacy. My dad was a wonderful cook and always cooked delicious feasts every Sunday, which is why all of my stories have a strong focus on the importance of family and food,” she said.

Manansala was quite young when she realized she wanted to write.

“I don’t know the exact age, but I was definitely in elementary school when I discovered how much I loved reading and writing stories,” she recalls. “When I was a child, my biggest dreams were to become an astronaut, a teacher and a writer, so I achieved two out of three!”

She is grateful and thankful that her parents have always supported her.

“They taught me the importance of family and that it’s okay to dream big as long as you have a backup plan. They’ve always been supportive of me and my creative ambitions, but they’ve also taught me to be practical and keep my options open,” she said.

Momar G. Visaya is the editor of the Asian Journal. You can reach him at [email protected]