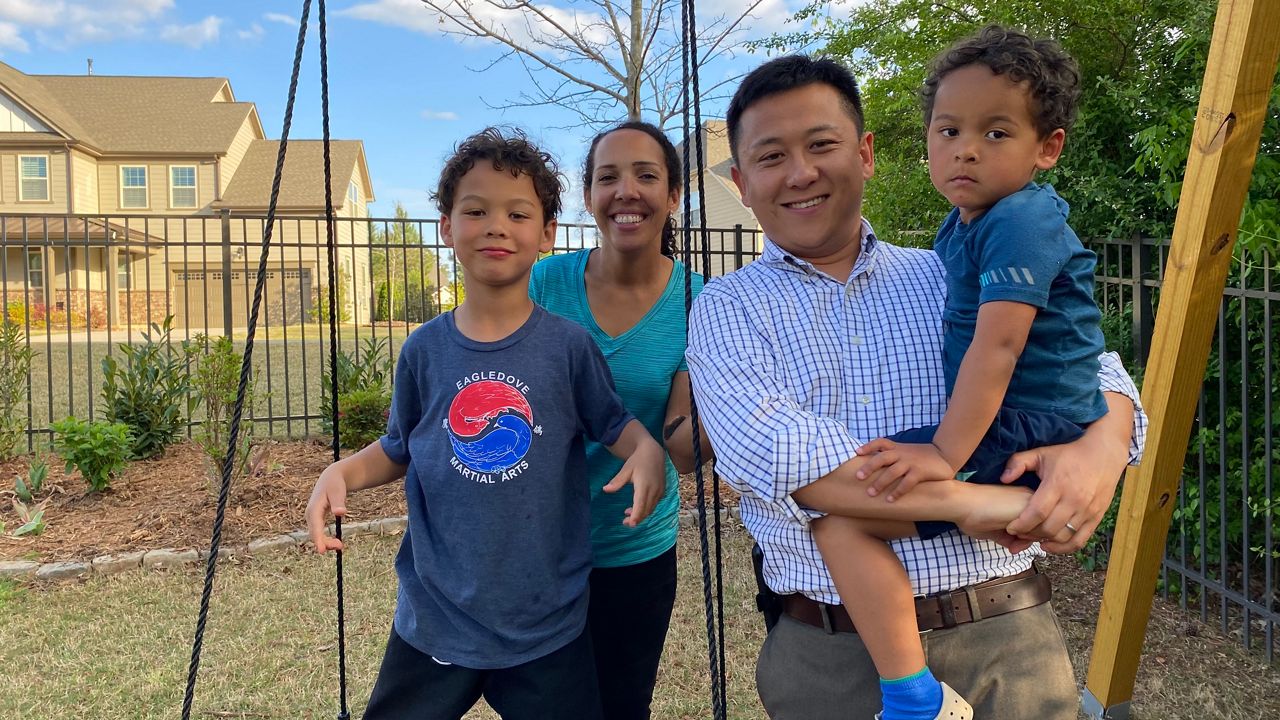 CHARLOTTE, NC – A family embraces the traditions of China and the United States with the help of a language immersion school in Charlotte.

What do you want to know

May is Asia-Pacific American Heritage Month

East Voyager Academy of Charlotte is a Mandarin immersion program

Elliott and Ethan Zhao enrolled at East Voyager Academy in Charlotte this year where they are learning English and Mandarin.

Their father, Yan, was born in China and moved to the United States when he was 15. He said Mandarin would allow them to communicate with their extended family in China.

“It just gives them a way to connect with each other beyond saying hello or goodbye,” Zhao said.

Their mother, Kathleen Richard, is American. She does not speak Chinese, but wants her children to connect with the traditions and culture that are part of their family.

“I think it’s a big part of their culture that’s really not open to them. I can’t teach them so much about their Chinese heritage without that part of the language,” Richard said.

East Voyager Academy of Charlotte Principal and Executive Director Renee Mathews said the majority of their students are not Asian or Asian-American.

“They only come from families who are interested in learning languages, languages ​​of the world,” Mathews said.

She said being bilingual can help them in their future careers.

“China and the United States are two economic powers in the world, and the two are in a position where our economies are very intertwined. Our governments need to work together cooperatively on many issues,” Mathews said.

Both Elliott and Ethan’s parents said their sons are fluent in Mandarin and using it in the workplace when they are older would be an added advantage.

However, their main goal is for them to embrace both of their cultures.

“I think it gives them a sense that there’s no one way to do things or one way to grow,” Richard said. “Our goal would be for them to be open to other people and cultures.”

East Voyager Academy has 140 students from kindergarten through seventh grade.

The school will add eighth grade next year.

No test or prior knowledge of Chinese is required for North Carolina students to apply to join the school.