Mandarin Conversations and How the Two Cultures Differ 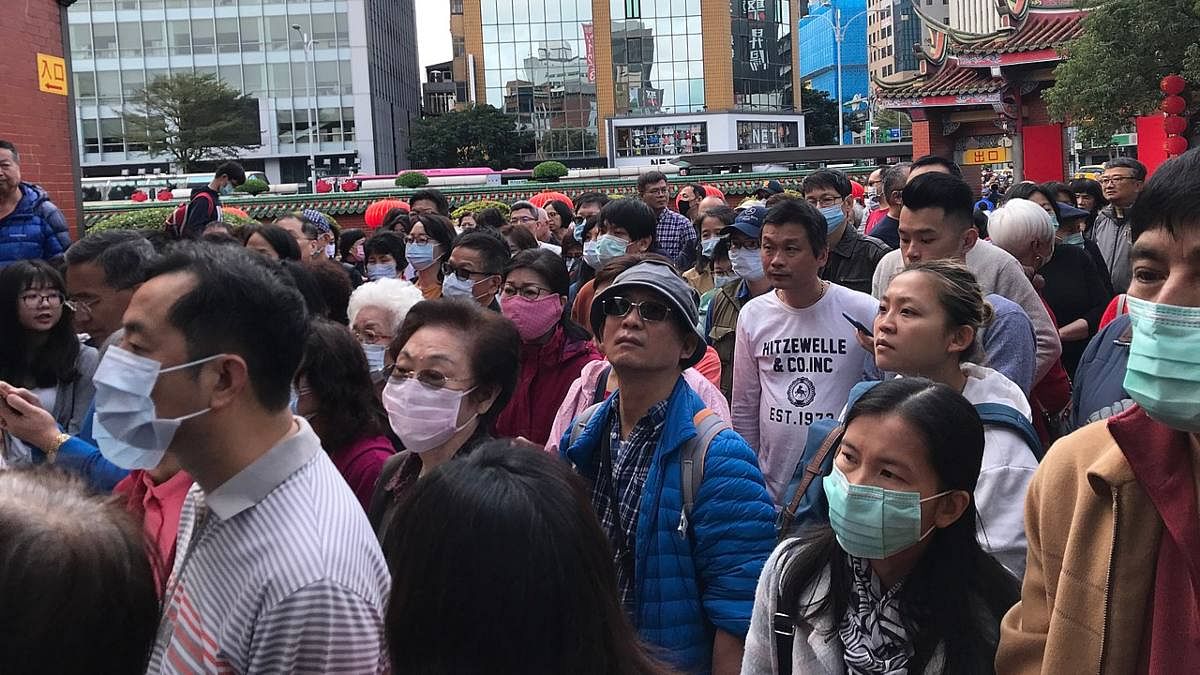 AAs a Mandarin student in Taipei, I am often told that I add ‘R’s to words like a Pekingese. “That’s not how they say it in Taiwan,” my teacher points out.

This is just one example of how I was made aware, almost daily, of the existence of subtle differences between Taiwanese and Chinese. The words for bike, time, vacation, even metro, are all different from the words I had learned before. It’s often a polite statement from Taiwanese to make sure I know it’s like what we say in the Indian language: “Same, Same, but different”.

My first words in Mandarin were spoken in a basement language school in the Dongzhimen area of ​​Beijing in April 2019. My teacher was a young Chinese woman from Anhui province who had spent time at a university in Beijing to learn how to teach Mandarin to foreigners. She had a northern accent, and I guess I do too, because of her.

More than two years later, she has been one of my closest friends. I moan to her about how difficult the tongue is, and she complains to me about her bad dates. These days, she jokes about texts written in traditional Chinese characters – the preferred script in Taiwan over the simplified script in China – that I replaced her with Taiwanese friends. She writes in the traditional script not because she’s trying to prove a point, but like any good teacher, she believes, my transition to a new way of learning should be seamless.

Read also : Why a remote island in Taiwan risks sparking a US-China clash

Last Monday, on Lunar New Year’s Eve, I met a Taiwanese aunt on a high-speed train going south from Taipei along the west coast of the island. She talked to me nonstop like any co-passenger on a train would in Asia. Her daughters, who sat in the row in front of us, often turned around to tell their mother to ask the “stranger” too many questions.

We conversed entirely in Mandarin. She was kind when I fumbled with my answers and even politely corrected my grammar a few times. We chatted about travel, culture, food, and clothes, and at one point, after saying I looked like “Halle Berry,” she took a selfie of us to post on d’s social media group. ‘a friend. Just once, in response to something I said about East Asian tour groups visiting India, she politely corrected me, “But I’m not Chinese, I’m Taiwanese.

When I got off the train in Chiayi, southern Taiwan, where I was going to visit a friend and her family for the New Year celebrations, I thought how different this interaction was from the one I had with a co-passenger on a high-speed train to Pingyao in Shanxi Province. My Mandarin skills were so nascent in 2019 that my co-passenger and I agreed to communicate via WeChat. So we sat next to each other in silence and texted. “If you want tea, there’s hot water at the front of the train compartment,” he had offered.

Read also : The strange case of Taiwan and how it challenges the “One China” policy

It was the same situation with Julie, a real estate agent in a small town in China, to whom I owe credit for introducing me to the distinctive taste of East Asian soy milk. I was in his hometown of Cangzhou, Hebei Province, to interview Indian medical students interning at a large government institution. She regularly played badminton with one of them and gladly offered to put me up.

In June 2019, reluctantly sipping soy milk, I stood at his window in a high-rise building watching a funeral ceremony. Julie and I were on different language trips at the time, she was unsure of her English; I’m talking about my Mandarin. But I know she was trying hard, judging by the big English textbook on her couch, which was scribbled, underlined, and overflowing with post-its. English was a way out of a job she hated. At the time, unfortunately, I could barely ask Julie for water in Mandarin, let alone her aspirations.

Between my two trips to East Asia – China in 2019 and Taiwan in 2021 – what I heard as simple background noise turned into full sentences full of meaning. Now there is an ease in conversation that has allowed me to understand the culture through the language despite all the grammatical mistakes I may make.

As a journalist, I will admit that it has been much easier to have political conversations with complete strangers in Taiwan than in China. Foreigners refer to Taiwan as much more “relaxed”, but I have seen with my own eyes the magic of time to gain confidence no matter where you are from. Take my Beijing Mandarin teacher for example. Recently, she has been spending time on online forums to make sure Chinese people, who think Indians make bad roommates overseas, know that “not all Indians are alike”. She then texted me in traditional characters: ‘How can people say such things!’

Sowmiya Ashok is a journalist and writer. She served as a Beijing correspondent for The Indian Express in 2019. Currently, she is studying Chinese language at National Taiwan University and is based in Taipei, Taiwan. She tweets @sowmiyashok.