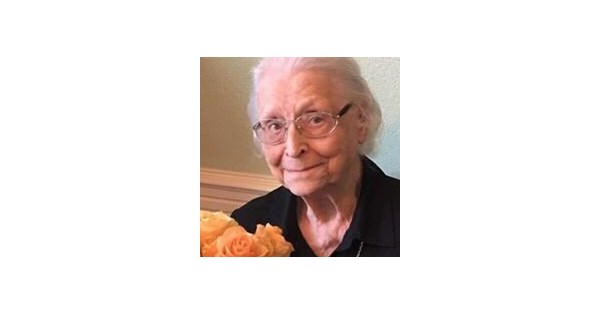 Born September 18, 1925 in Wichita, Kansas, to Lloyd and Helen Umstot and returned “home” December 31, 2021 in Duncanville, Texas. Lloydene liked to tell people that she was older than sliced ​​bread.
Lloydene gave her life to Christ at age eight, surrendered to God’s call to mission at age sixteen, and never looked back.
She met Kent Windsor Balyeat at the University of Ottawa in Kansas and married on September 3, 1946. They had four children, Michael Kent, Merry Carol, David Brent and Susan Elaine.
Responding to God’s call to leave, they were appointed by the Council of Foreign Missions in 1961. After a year of language school in Costa Rica, they moved to Buenos Aires, Argentina, where they arrived on October 21, 1962.
While Kent’s ministry centered on the Buenos Aires Baptist Theological Seminary school of music, Lloydene’s ministry in the neighborhood included candle light classes, cooking classes, wedding decorations, bridal gowns. , banquets, cakes, etc. school across the street, made vests and ties for the seminary choir, sold their candles to help neighbors in need, and much more.
In 1983 Kent was killed in a tragic accident in Buenos Aires. When asked if Lloydene would leave the field and return to the United States where her children and extended family were, she told the representative of the International Mission Board: “I was called on a mission before the Kent, I’m staying!
Remaining in the field, she served as a dietician in the seminary cafeteria where she prepared daily meals for the student body, earning her the title of “Mami”. Her duties included trips to the town market where she found ministry opportunities with each vendor.
In 1988, she retired from IMB and began working at the World Mission Center at Southwestern Baptist Theological Seminary in Fort. Worth, TX where she stayed for 19 years. She retired at the age of 81. While in seminary, she participated in missionary trips with students to Mexico and Russia.
Lloydene never doubted God and never wavered in her belief, and recently expressed how grateful she was to him for all the people she met and the relationships she made, some that lasted. decades. It was these lasting relationships that were his greatest treasure. She was grateful to God for all she had been able to accomplish and for each day she appreciated his creation. She particularly liked the sunsets, the yellow roses, the trees, the kitchen and above all, being of service to all those who crossed her path.
Lloydene is predeceased by her sister Joy Rice, daughter Merry Carol and husband Kent Windsor. She is survived by her children, Michael, David and Susan. Eight grandchildren, Nathan, Kirsten and Justin Balyeat, Mehdi Keshtkar, Alicia Morcillo, Cristina Plunk, David Michael Balyeat and Liliana Barnes. Fourteen great-grandchildren, Chloe, Robert, Jacob, Jessica, Kenzi, Olivia, Piper, Diego, Julia, Leandro, Nicolás, Charlie, Ellie and Camila.
Lloydene’s favorite scripture passage was the story of Jesus calming the storm. Her confidence that she could weather the storms of life never wavered because she knew who she was and to whom she had given her life, her Lord and Savior Jesus Christ.
There will be a funeral service on Saturday January 15, 2022 at 2:00 p.m. at the Eastside Cemetery, Hutchinson, Kansas. There will be a memorial service on Monday January 17, 2022 at 10:00 am at Lake Church, 2912 Little Rd., Arlington, TX 76016. You can view the memorial service through David Balyeat’s FaceBook profile.
In lieu of flowers, you can send a tax-deductible contribution to NMV International at or by check to NMV International, 2912 Little Rd. Arlington, Texas 76016.