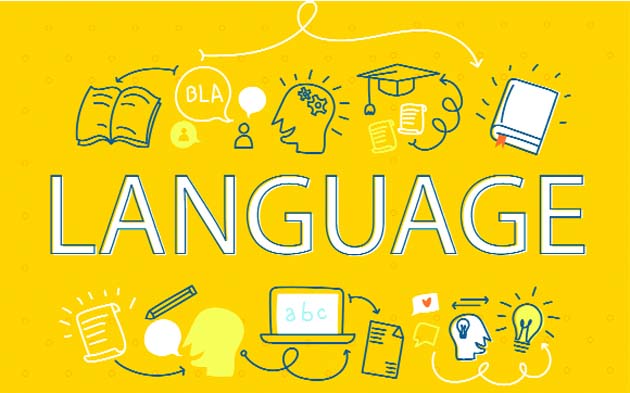 Bharti Magotra
“If you talk to a man in a language he understands, it goes to his head. If you speak to him in his own language, it touches his heart. – Nelson Mandela.
How is linguistics a tool for preserving regional languages?
Linguistics is a tool for the preservation of regional languages ​​through documentation which is a central aspect of field linguistics. In order to retain a language, one must master the language and the best way to learn a language is to study linguistics. Linguistics is the scientific study of language. It is an academic field that discovers the inner workings and evolution of different languages. People who study linguistics are known as linguists, who study the nature and function of language using the scientific method. It includes various branches such as phonology, phonetics, morphology, syntax, semantics, pragmatics and some interdisciplinary fields such as applied linguistics, sociolinguistics, historical linguistics, stylistics and many more.
What is the relationship between linguistics and language?
Linguistics, as we all know, is about languages, and languages ​​are a medium through which we humans in a society communicate. Languages ​​are fundamental to human life, allowing us to interact and socialize. This field also speculates on how these languages ​​change and evolve due to social, political, economic, and geographic factors. Linguistics should be studied to understand the evolution and nature of a language, to learn how a language functions and changes in society, to see how the same language has different varieties and properties that are affected by geographical changes, to study how languages ​​and dialects develop over time, and understand other languages ​​in the same context.
In Jammu, where can one take a language course?
In Jammu region in particular, the Linguistics course is only offered by the School of Humanities and Liberal Arts, Cluster University in the Department of Linguistics and Literature. The Department offers an integrated five-year course that integrates a master’s degree with a regular graduate course with an option to exist after a bachelor’s degree. The department promotes in students the theoretical and practical aspects of languages, as well as literature and is suitable for students who are inclined towards language learning. Some literature articles are also included in the course such as introductions to poetry, fiction, nonfiction prose, literary criticism, postcolonial literature, postmodern literature, Indian writing in English, etc., to show students how linguistic aspects contribute to the creation of a discourse. The fields of linguistics and literature are complementary. Thus, this course provides a fruitful understanding of linguistics as well as literature. Literature is a reflection of society through discourse and linguistics is primarily concerned with discourse. Thus, through this course, students can acquire knowledge about trends in society and its use of language.
What is the significance of this course?
According to the National Education Policy 2020, “Wherever possible, the language of instruction will be mother tongue/mother tongue/local language/regional language until at least Grade 5, but preferably until Grade 5. 8th grade and beyond”. Moreover, the main aim of launching NEP 2022 is to reform the education policy of India so that no one is forced to study a specific language. The importance of regional languages ​​is also reflected in the new education policy. Likewise, the Department of Linguistics and Literature seeks to study and promote national, international and regional languages. Students are guided to work on regional languages ​​during projects and dissertations so that they can contribute to the preservation of regional heritage. The course is designed to provide students with a better understanding of languages ​​and communication skills.
Although this course is taught in English, specialization in other languages ​​is also included. At UG and PG levels, students must complete a specialized project/dissertation in a regional language of their choice. At PG level, students will have three papers which will be taught regarding English and modern Indian languages ​​(Urdu/Hindi/Sanskrit/Dogri) as per students choice.
What is the scope of linguistics?
Linguists are always in demand in all industries whether private, government, public or corporate. As far as accessibility to employment is concerned, the course has a wide and extensive scope. Students who complete this course can pursue a variety of careers. This program prepares students for a variety of careers such as teacher, professor or lecturer, translator, editor, publisher, lexicographer, literary critic, lecturer, communication instructor and in areas such as language pedagogy, speech synthesis, journalism and media, blogging, YouTuber, BPO, radio jockey, forensic, artificial intelligence, accent coach, proofreader, audiologist, and many more.