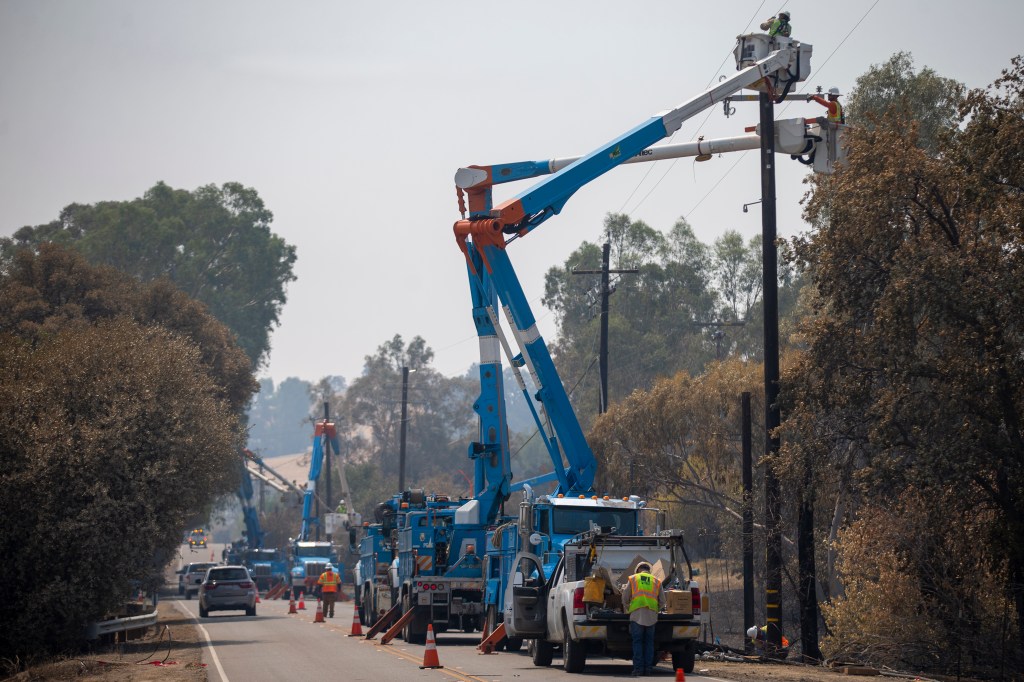 Submit your letter to the editor via this form. Read more Letters to the Editor.

State takeover of PG&E
carries its own risks

Obviously, PG&E has a lot to blame because of the fires in Northern California, as well as the gas explosion in San Bruno a few years ago.

As guilty as PG&E is for the fires, when the state’s mismanaged electrical system causes a fire through negligence, who are you going to hold responsible? A mid-level manager will be blamed and then sent into retirement with his annual pension of over $100,000.

D. “Newsom’s lie in order to finance the high-speed train”, Page A6, January 19:

The Third District Court of Appeals, in a reported decision, ruled that it doesn’t matter what voters were promised in the 2008 ballot. Big plans always change, and as long as the money is spent on something high-speed rail-related, the promises put on the ballot are just a “detail of the construction and financial planning process” that could be discarded if this was not the case. adapt to future uses for the silver.

The plaintiffs in this case sought review in the California Supreme Court. If the decision of the Court of Appeal is upheld, the promises made in any measure of material obligations will become meaningless. Voter Caveat.

Regarding “Imposal Vote Worth Supporting” (Letters to the Editor, page A6, January 18), the author is grateful for Rep. David Valadao’s impeachment vote.

Thankfully, the Bay Area isn’t voting for Hanford. Let the voters there decide. I predict they don’t care about Trump’s personality or how the media portrays him, but about his policies. If they believe that Trump had a great economy, made the world safer, reduced minority poverty and unemployment to the lowest levels, allowed the rule of law to govern at our borders and achieved a COVID vaccine in a year, so be it.

If they find one thing Biden did well, good for them.

I’ve written to The Times before, pointing out that the COVID-related Liberal government shutdowns and other restrictions have resulted in the transfer of wealth from low-income families (who have lost their jobs, childcare, meals and education) to higher income families. (who in many cases just yawned and worked from home).

Now liberals in Washington are talking about a new program to “cancel student loan debt,” which, if passed, would likely have a similar effect on wealth transfer. All taxpayers will, of course, end up footing the bill for such a program. But notice how those blue collar workers who went to work right out of high school will end up subsidizing those who have spent up to six years in college, perhaps pursuing a degree in a field that ultimately cannot even not pay their bills.

Attacks on the merit of the vote
verbal fireworks, justice

Steve Koppman (“Passionate Rhetoric Plays Part in Threat to Democracy,” Letters to the Editor, Page A12, January 16) said, “To suggest that democracy lives or dies depending on whether each state allows mail-in voting or early voting insanely heightens the tension…. (We) need to cool the verbal fireworks.

It’s not just state GOP legislation that reduces early voting or voting by mail that’s of concern, it’s also the related reduction in drop boxes. Where is the legislation to shorten voting lines in colored ridings?

Additionally, some GOP states have granted themselves unprecedented leeway to nullify election results. Don’t we need verbal fireworks to ensure that latitude is never abused?

Democracy is at a tipping point between live or die. This goes beyond postal voting and early voting. I’m good at verbal fireworks.