Learn Your Jackspeak With A Republished Navy Slang Dictionary 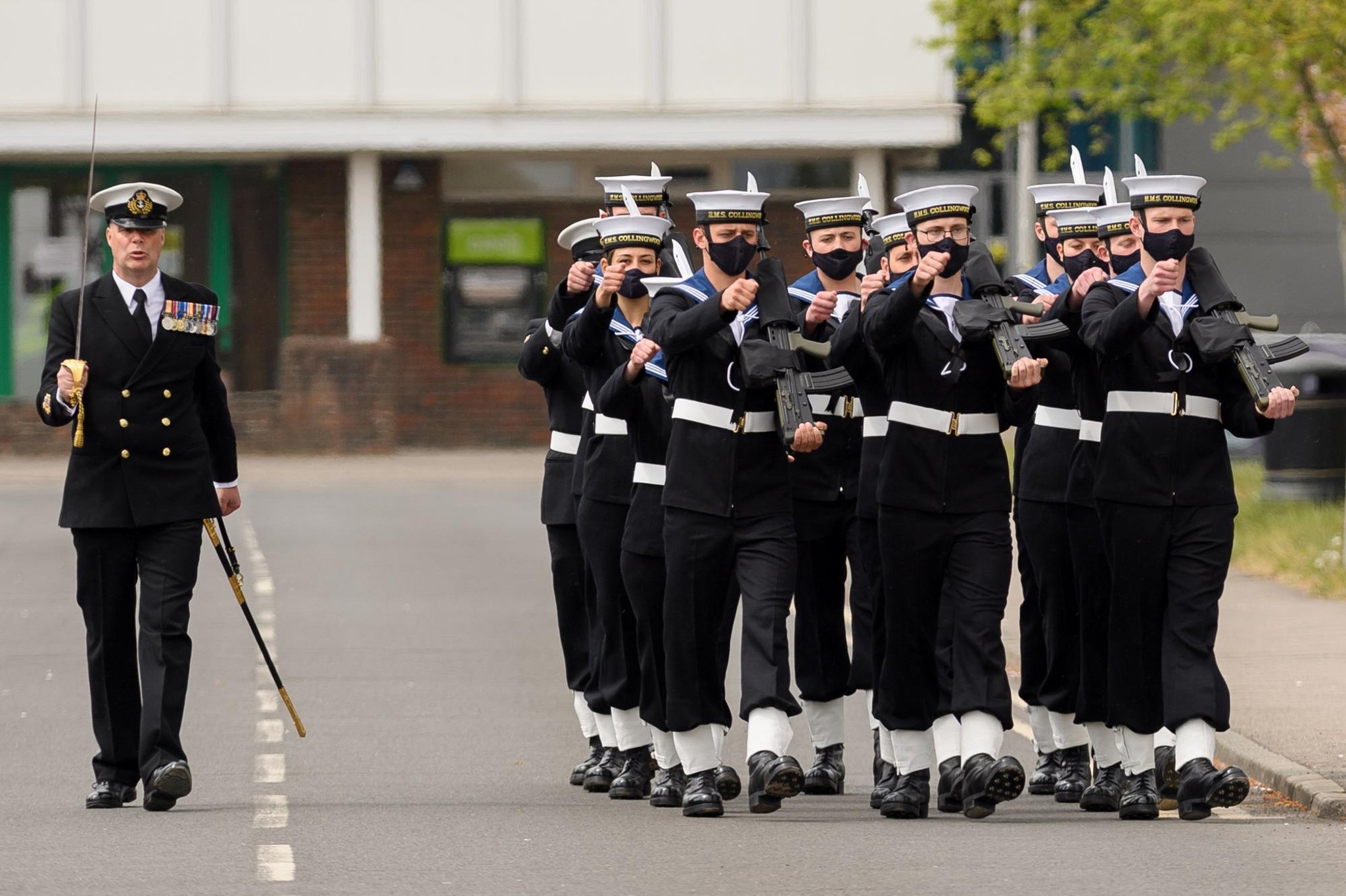 The 11 members of Perkins’ Division complete their three-month training with a Divisions Ceremony in front of Commodore Huntington at HMS Collingwood. Photo by Keith Woodland

And this is the case with top service – the language of the Royal Navy is filled with obscure and obscure references that are impenetrable to outsiders.

But it is also surprising to learn how many phrases have entered everyday usage that first emerged from life at sea – from “seeking the arm” to “chewing the fat”, “sailing close to the wind”, or even have a ” square meal. ‘

A Dictionary of Naval Slang, written by Gerald O’Driscoll, was first published in 1943. Republished last month some 78 years later, it is both a fascinating time capsule and an enlightening glimpse into this world. colored ‘Jackspeak’.

Register to our daily newsletter

Newsletter cut through the noise

Comprising dozens and dozens of definitions, from “behind the screen” to “Yank,” this tome is a valuable tool for anyone interested in marine life – fun to dive in or out. provide a window into how, where and why some of these expressions have developed.

Portsmouth being the home of the navy, this is a book that will certainly be of interest to many people in this region. It would make an ideal stocking filler for fans of the Navy, History, Language, and Army.

The new edition is accompanied by a preface by Richard Humphreys, the successful British writer and memorialist.

Born in Wolverhampton, he spent many years in the Royal Navy as a diver and submariner, including several patrols on British Polaris-class nuclear submarines in the 1980s.

The cover of A Dictionary of Naval Slang, by Gerald O’Driscoll. Posted by Swift Press

His experiences aboard the British nuclear deterrent formed the basis of his successful memoir Under Pressure: Living Life and Avoiding Death on a Nuclear Submarine, published in 2019.

In this excerpt from his foreword, Richard recalls how he was brutally introduced to Navy slang upon entering the service.

As the rest of the human race settled down to watch Live Aid, a flexible, uneven and nervous teenager watched from the Torpoint ferry across the sun-soaked pond of the River Tamar, wondering what the next twelve weeks would bring him. were reserving.

“Several people had told me to get as fit as possible for the physical and mental tests that awaited us; basic military training was going to be a comprehensive and intensive process.

“What no one had mentioned to me, however, was how hard I would have to figure out what all the first masters (mostly old salted sea dogs) were talking about with years of experience behind them!

“Since the days of yore, the Royal Navy has had its own language, or ‘Jackspeak’, which over the past four centuries has come into daily use for senior service.

“My first introduction to this was on my first day in the RN, when a bespectacled barber and former navy man shaved my head less than half an inch from his life before I saw it. shake hands and say, “Welcome to Andrew’s place.

“A torrent of abuse was hurled at me from my left as a rabid chief petty officer with a beet-colored face informed me that ‘The Andrew’ was actually the term for the Royal Navy.

“Pusser is another term that can be used to describe the entire Navy; it comes from the paymaster and the naval supply officer of old, that is, the guy who paid you.

“I was always paid in cash when I first signed up – the Pusser would hand the money back to my left hand as I greeted and didn’t remember my service number, which I had to yell at him in. same time.

“There are conflicting reports as to the origin of the term ‘Andrew’. Some say it derives from the Christian names of two notorious journalists from the Napoleonic era and the era of sailing.

“The most likely explanation, however (and one with which O’Driscoll subscribes), is that the first edible rations on Royal Navy warships were supplied by a company run by one Andrew Miller, who had a such a monopoly on supplies that in many ways it owned the Navy.

“The rest of my time in basic training I was called Nozzer, a term given to new sailors until they passed out. The term came from a few years old instructor who had been well endowed in the nose department!

Dictionary definitions cover many areas, from food (“Action Man’s pillows” are dumplings, “Nelson’s blood” is rum) to everyday life – or from day to day life to life. The time it was written at least (a “clampy” is the owner of large feet, while a “tin eye” is a monocle) and details of naval activity.

Here are some other excerpts from the book:

* dodging Pompey: work of dodging; prowl. The origin would be associated with the insurgents of Spartacus who, after a heavy defeat, fled Pompey, the Roman general.

* Goon: Some time before WWII, due to their somewhat poor appearance, the youngsters in training at Exmouth Block RN Barracks, Devonport, were nicknamed “goons”, and Exmouth Block became popular as “Goon” Valley ”.

* Lady Godiva man: Term of derision applied to someone who is too exacting about the appearance of their hair, teeth or nails.

* Rum Demon: As the term suggests, a man who is a glutton for rum; also the toper with hard features who presides over the “fanny” and serves the little ones “tremors” in order to ensure more “plusseurs” for himself.

Extracted with permission from Swift Press.

A writer who has known a good brawler *

Gerald O’Driscoll (1886-1947) was an Irish sailor, journalist and humorist who also wrote under the pseudonym “Geraldus”.

Born in Cork, he joined the Royal Navy as a boy and had a long and successful career.

He served in World War I on HMS Temeraire, which fought in the Battle of Jutland.

After leaving the service, he wrote several best-selling books commemorating the world of sailors, including The Musings of a Merry Matloe, subtitled “A Book of Naval Humor” (1927) and Awful Disclosures of a Bluejacket (1929), unfortunately sold out.

A Dictionary of Naval Slang, his last book, was published in 1943 at the height of World War II.

A Dictionary of Naval Slang by Gerald O’Driscoll, published by Swift Press, is available now in a hardback version from all good booksellers, priced at £ 8.99.

A message from the editor, Mark Waldron

You can subscribe here for unlimited access to our online coverage, including Pompey, for 26p per day.