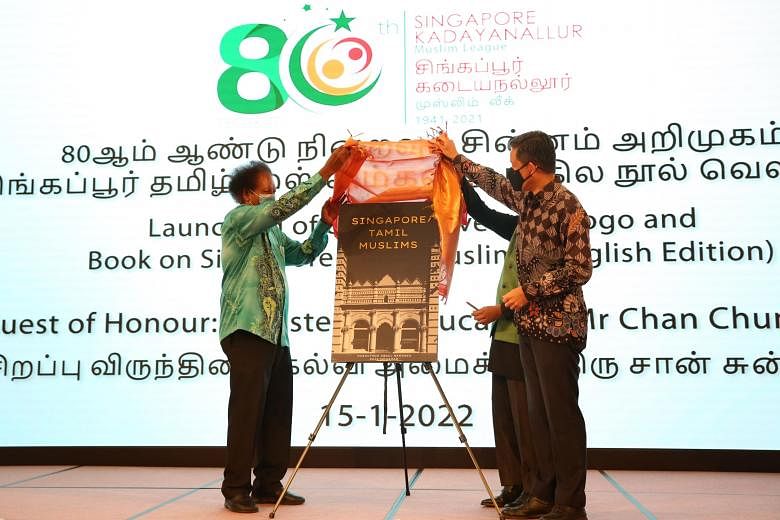 In 1946, for example, members of the community donated part of their salary to help the Singapore Kadayanallur Muslim League (SKML) start Umar Pulavar Tamil School, the first Tamil secondary school in Southeast Asia in the time.

The school has played an important role in advancing and training Tamil language education here, and many graduates have taken over and become Tamil teachers today, Chan said.

“While the school was closed 40 years ago, its name lives on in today’s Umar Pulavar Tamil Language Center, which continues the important mission of passing on the Tamil language and culture to the next generation. .”

The center is in Beatty Road.

Mr Chan was speaking at the launch of the English edition of a book called Singapore Tamil Muslims.

The event was held in conjunction with SKML’s 80th anniversary celebrations at Chui Huay Lim Club in Newton.

The book, which aims to provide a better understanding of the Tamil Muslim community in Singapore, is supported by organizations such as the National Heritage Council and the Islamic Religious Council of Singapore.

It has forewords by President Halimah Yacob and former Minister of State Zainul Abidin Rasheed.

The English edition of the book, which was first published in Tamil in 2015, is authored by SKML President Raja Mohamad and Vice President AR Mashuthoo.

In his speech, Mr. Chan underscored how the spirit of courage, resilience and service to the community has shone among Tamil Muslims in Singapore.

Many have become successful professionals and community leaders, he said.

“But they all absorbed the spirit of service and continued to pass it on to the community and the nation.

“Importantly, these collective efforts by your community have also strengthened Singapore’s social compact – where we help young people get a good start in life, give more to those who have less and enable our people to recover from adversity”.

The minister expressed hope that the book can serve as a reminder, not only to the Tamil Muslim community but also to a wider audience, that Singaporeans should honor and protect what they have, and inspire the next generation to carry on. to pay it.

The book can be purchased by contacting SKML, and funds raised will be used for its work supporting the disability community and the educational needs of children from low-income families.