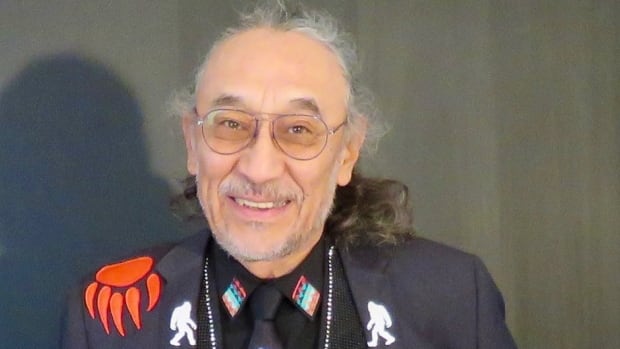 Language and culture are closely linked all over the world.

But in Canada, three out of four Indigenous languages ​​still spoken here are endangered, according to the federal government.

In Saskatchewan, two professors from the First Nations University of Canada are among those helping to reclaim Indigenous languages ​​and therefore Indigenous cultures.

For the past 15 years, Arok Wolvengrey has been actively involved in creating a series of First Nations language readers, and a new one is in the works, according to the professor of Algonquian languages ​​and linguistics at FNU.

Each of the seven books currently in print includes a mix of traditional and new stories while introducing an Indigenous language, showing how that language is used today, according to The University of Regina Press.

Wolvengrey is the series editor for the project and edited the first First Nations Language Reader in 2007, funny little stories.

For fifteen years, the First Nations University of Canada has been creating language readers. Among them, a book of Funny Little Stories told in Cree, as well as the legends of Lilloeet and Saulteaux. All of these books have one big goal in mind: to reclaim culture by reclaiming language. Stories, of course, are one of the best ways to do this. Host Shauna Powers learns more from professors Solomon Ratt and Arok Wolvengrey.

The FNU professor says he was inspired for the project by his mentor, Cree author and educator Freda Ahenakew.

During his first Cree class at the University of Saskatchewan, Wolvengrey’s instructor used a small set of stories that Ahenakew had collected from his students, Wolvengrey recalled.

Ratt, an associate professor and specialist in Cree languages, was the ideal person for the project since he was already writing stories for his students.

“I had to create material for my classes,” Ratt said.

“There are no materials available for any teacher [of senior level classes] have access, so I had to create stories along the way so I could have materials for my students. »

Ratt says he was happy to help with the project. He wrote and translated the book Woodland Cree Stories, tfourth in the First Nations Language Readers series, published in 2014.

Challenges of Cree to English Translation

The books are designed as an educational tool: the stories are written in the native language, but also in English.

For example, in the Cree volumes, the texts are printed in syllabic, standard Roman spelling as used in English or French, as well as English translations of the stories, says Wolvengrey.

However, there are some challenges when translating the texts into English, says Ratt.

“If we try to translate word for word from Cree to English, then English sounds really weird,” he said. “So we had to switch from translation to interpretation in many cases.”

Wolvengrey said it was important that these storybooks be published in Indigenous languages.

Whatever the contents of the volumes, it’s great to see and experience the world through a different lens, he added.

“Most writers today, even when writing from their own Indigenous perspective, are writing in English,” Wolvengrey said. “So it’s great to have writings in the [Indigenous] the language itself.”

The Sunday Edition18:48Preserving Indigenous languages ​​one story at a time

Of the 70 surviving indigenous languages ​​in this country, more than two-thirds are listed as endangered. The Canadian government is funding various initiatives designed to help stem this tide, including the publication of a series of paperbacks, each in a different Indigenous language. Cree writer and scholar Solomon Ratt is a contributor.

Ratt hopes the First Nations Language Readers will help promote accessibility to the Cree language, adding that only a few people can read Cree because many did not grow up to do so.

“We need to develop our literacy by reading aloud, by reading our stories to our children aloud… That’s what I hope. And in doing so, they [readers] encourage their children to learn the language.”