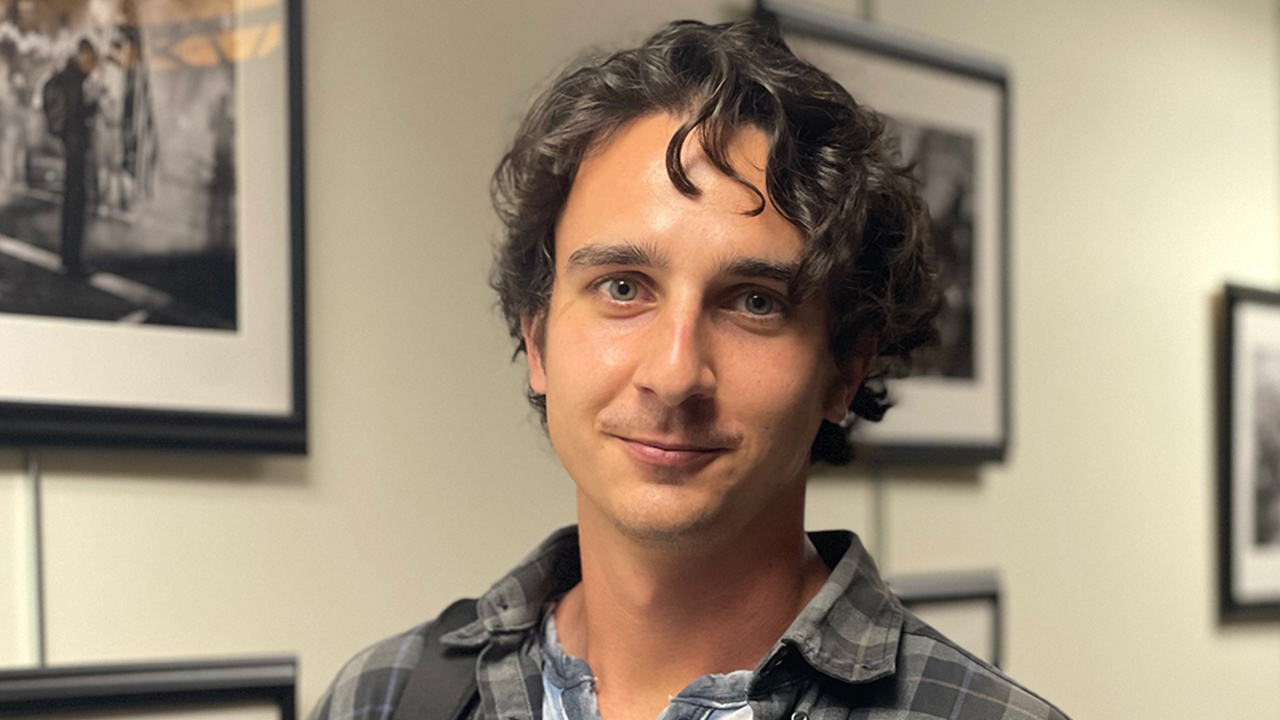 A Cronkite senior has won first prize in a national photojournalism competition – for the second time.

Mariani explains, “I became interested in photojournalism after visiting a retrospective exhibition of Sebastiao Salgado’s work when I was 15 in Milan, Italy, where I grew up. I was struck by this person’s ability to convey a story in a single frame, capturing the essence of a place, event or person with such force as to demand the viewer’s engaged attention. .

The award comes with a $3,000 scholarship, with the top five winning schools receiving matching grants. He also now qualifies for the 2022 National Photojournalism Championship.

Mariani also won first place last year at the 2021 Greg Crowder Memorial Photojournalism Award for her images documenting the 2020 social justice protests sparked by the death of George Floyd, the January 6 attack on the US Capitol and the effects of the deadly pandemic.

“I am convinced that our work can motivate people, even if only in small numbers, to see the current wrongs and to challenge unjust systems,” said Mariani. “In some cases, the stories we tell allow individuals from very different backgrounds to identify and connect with one another and perhaps spark crucial civic engagement.”

Mariani moved to the United States in 2012 and worked with Cronkite News as a photographer on health beats and general missions. He also works as a freelance photographer for the Arizona Center for Investigative Reporting.

The Cronkite team asked Mariani a few questions about her work and her awards.

How would you describe the feeling of seeing your work ranked first in a national competition?

Well, winning any contest is a big confidence boost; it probably quells some of the validation needs and selfish tendencies that most of us carry, whether we like to admit it or not. Of course, it’s always nice to see that other people appreciate your work. Still, you have to be careful not to put too much weight on such awards, because what makes a photo great can be a very subjective assessment. And as an individual, you run the risk of thinking too much about yourself. I’m sure many other more capable photographers deserved this scholarship, so I feel very lucky and grateful for the judges’ decision. I hope the work says more about the state of the country today and the challenges that many continue to face on a daily basis, more than the person behind the camera. It’s great to rank 1st for a short while, but it’s not a determining factor in pursuing a career in photojournalism. On the other hand, the remuneration is very appreciated because it will make it possible to finance and support future documentary projects.

Why is it important for journalists to document these moments?

I would say what is the role of journalism if not to document these stories? Our first concern should be to inform the public and hopefully educate them simultaneously. Some of the events I have photographed provide an opportunity to educate and encourage reflection on our actions as individuals, communities and countries.

In recent years we have witnessed the damaging effects of widespread attacks on facts and institutions, attempts to rewrite history as it unfolded on national television in favor of certain political narratives, a disregard total basic human dignity and individual freedoms. (These trends are not limited to the United States) Documenting these events means producing a factual record of what happened that can withstand censorship and the lies propagated by those who seek to hide the truth.

What prompted you to get into photojournalism?

I consider photography to be a democratic and universal language because it does not require you to be literate, educated in foreign languages, nor does it cost you a lot of time or money. To access its content and meaning, all you have to do is open your eyes. The ability to make a statement for everyone to understand and maybe even make a small difference in our world is what drives my interest in photojournalism today. And finally, I am also inspired by the people who have opened their doors to me to tell their stories and I will always be indebted for such great generosity.

What are your plans for the spring semester and beyond?

I look forward to finishing most of my classes and graduating by the end of the summer. During the summer, I will work as a photographer in a press room on a scholarship. For the future, I would like to find a clerk position for a year or two in a newspaper in the United States to learn my reporting and photography skills, as well as to continue working on long-term articles . Ultimately, my career goal is to cover international conflicts and humanitarian issues as a freelancer.