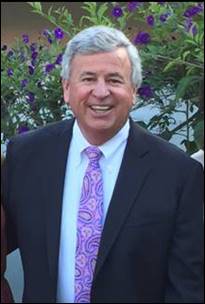 By a MetNews staff writer

The judge of the Superior Court of Los Angeles, Daniel J. Buckley, who led his court as judge president in 2017 and 2018, will hang up his robes after Friday’s session of a department at the courthouse Spring Street, putting terminate a legal career that spanned two decades.

Buckley will then use the vacation days earned and officially retire on May 2.

“Dan was a tremendous leader, a true visionary and a talented and dedicated jurist. He was also a fantastic mentor and a brilliant law professor and instructor.

“It was an accomplished professional who had a warm personality, charming and endearing. He had that rare ability to beat everyone around him.

“I wish him the best in his retirement.”

“The judge Buckley was a wise and steady voice during his four years at the Judicial Council of California and eight years on various advisory committees. I appointed to the Board in 2014 and he made an immediate positive impression with his thoughtfulness, his civility and humor.

“As a council member, he recognized he had a statewide duty to serve all Californians and court users, not just those in one part of the state. He is the personification of public service. »

Lee Edmon, the division judge. Three of the Court of Appeals of this district, is a former president of the Superior Court. She said Buckley:

“In my opinion, Dan Buckley was one of the best presiding justices of the LA Superior Court in recent years. He cared deeply about all the judges, the institution and service to the public.

“As a former chairman of the technology committee of the court and its management roles, he deserves much credit for the transition from the court to the electronic case management and for the foundation of electronic filing systems and technology remote current. Part of it was implemented after his departure as PJ, but he deserves a lot of credit for having laid the foundation.

“As a sitting judge, he helped for years to solve some of the most complex litigation pending before the court. Lawyers love being assigned to his courtroom and trying cases before him. His attitude, civility and humor set him apart from many judges. The court, and many of us, miss him being an active member of the bench, but we are grateful for his friendship and to know that we will see him again.”

Buckley was appointed to the Superior Court in 2002 by then-Governor Gray Davis.

At the time of appointment, Buckley was the managing partner of the firm Breidenbach, Buckley, Huchting, Halm and Hamblet. The “Halm” this company was Howard L. Halm, who was a judge in the Superior Court of Los Angeles from 2009 to 2018.

The company has over the years been known under various names including Breidenbach, Swainston, Crispo & Way. Lawrence W. Crispo was a judge of the Superior Court 1994-2004.

It was Crispo who interviewed Buckley in 1980 when he applied for a job.

“The firm’s partners have agreed that Dan would become a superstar when we’d hired as a partner,” recalls Crispo in 2018.

Another partner in the venture was William F. Rylaarsdam who served on the Los Angeles Superior Court and the Orange Superior Court before a 1995-2016 stint on Div. Three of the Fourth District Court of Appeals.

Richard Rico, Judge of the Los Angeles Municipal Court from 1999 to 2000 and judge of the Superior Court from 2000 to 2020, was a shareholder of the company.

Buckley has treated a wide range of business, including registration issues and complex litigation.

Many high profile cases have been assigned to him. On April 6, in the culmination of litigation started in 2017, it ruled that the producers of the television series, “The Walking Dead”, were not cheated out of profits by AMC through manipulation of contract language.

Judge earned his undergraduate degree and law at Notre Dame. He is a huge Fighting Irish fan.

His thoughts on his years on the bench appear below.

“I realize how lucky I was”

hen asked highlights of my judicial career, I realize how lucky I am.

I meant when I said several times while I was presiding judge: The Superior Court of Los Angeles is the best court in the land. The first thing that is said about our court is that it is the largest court in the country, probably the world. But this size is dwarfed by the depth of talent of our bailiffs and staff. And I was able to fully experience all the judicial offers to the judicial officers. I was able to sit in a neighborhood and downtown. I have sat in many types of courts: crimes, crimes, Estates and civilians, leading to better allocation in our court, civilian complex.

The opportunity to serve in the court leadership was a gift. I was able to serve those who serve the public. I had the opportunity to supervise a district (Eastern District) as well as a discipline (Civil). The best part of being presiding judge was to work closely with Sherri Carter and his phenomenal executive team. Or maybe the best part was working with the talented and dedicated supervisors judges during these two years. I am very proud of the technological advances we have made and the first and only conference of the Court for all bailiffs. Or perhaps I am most proud of having been able to know almost all of our 570 bailiffs. I dare say that I may be the President who enjoyed the work the most. (Of course, I haven’t served during a pandemic or a severe budget cut.)

I love teaching and I could give so many courses in Los Angeles and throughout the state of the evidence, ethics, technology, civil and criminal. (This was in addition to my adjunct professor in the law school of Notre Dame, USC and Loyola.) I have experienced firsthand that the teacher learns more than the student. The ultimate highlight each year teaching new judge orientation covering ethics, fairness and management of courtrooms for judges freshman and commissioners. I was invigorated whenever I taught the course of a week and I was always impressed by the talent and compassion of new bailiffs.

I got to meet and work with judges, judges and CEOs from across the state on numerous committees and working groups. This work, with teaching, I got to know at least a judicial officer or a senior manager in each of the 58 superior and to develop close friendships with hundreds across the state. In addition to the honor of sitting on the Judicial Council, I am able to work on court budget issues, court administration, technology, ethics and judicial training.

Yes, I was very lucky.