If India and China were friends, Asia would be more developed. But they are not 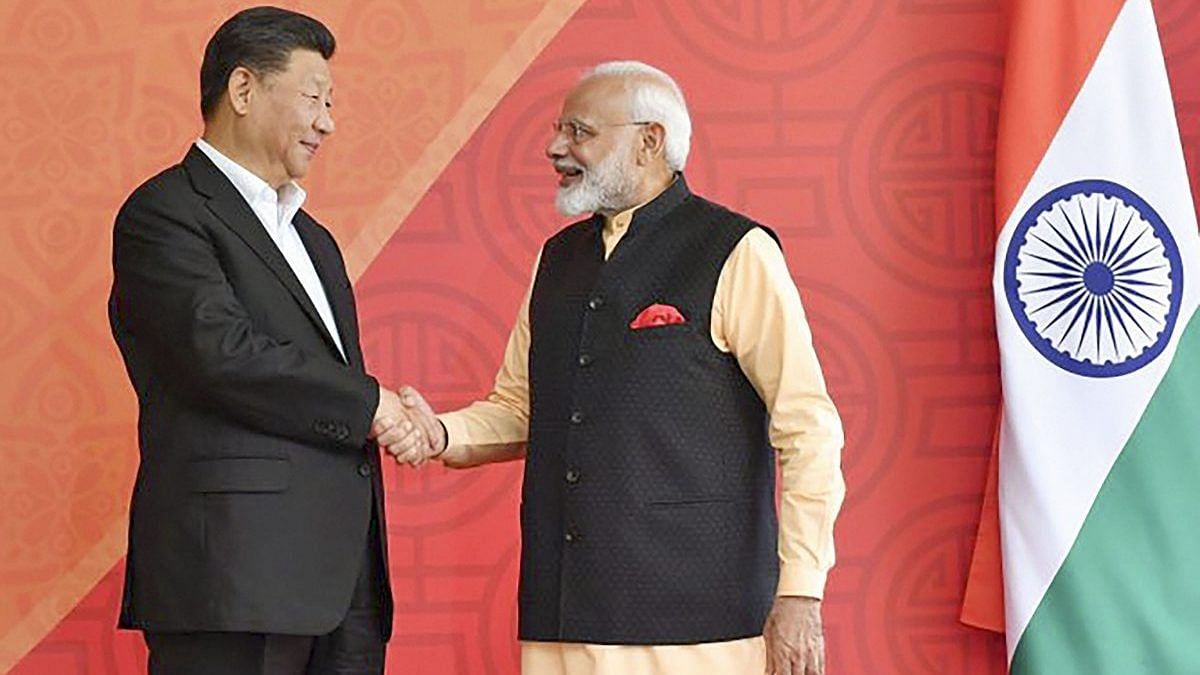 Oor centuries, China had remained a distant neighbour, a bit of a mystifier. But that changed dramatically in 1950, as India’s Consul General in Lhasa, Sumal Sinha, put it succinctly in his message to New Delhi: “The Chinese have entered Tibet; the Himalayas ceased to exist.

Since then, China has deeply worried the Indian security establishment. There are valid reasons for this, and memories of India’s humiliating defeat in 1962 continue to haunt the country. A top secret CIA report from March 2, 1963 concluded that the Chinese diplomatic effort was a five-year masterpiece of cunning executed by Chou En-lai:

“Chou played on Nehru’s Asian and anti-imperialist mental attitude, his propensity to procrastinate and his sincere desire for a friendly Sino-Indian relationship. Chou’s strategy was to avoid making explicit, in conversation and in communication with Nehru, any claim to the Chinese border…Chou sought to create and impress with Nehru that Beijing would accept the McMahon line but again his language was equivocal, and what was conceded with his left hand he recovered with his right.

This CIA report also cites a letter from Burmese Prime Minister at the time, U Ba Swe, written to Jawaharlal Nehru. He had warned Nehru to be careful with Chou in handling the boundary issue. But Nehru replied that Chou was “an honorable man who could be trusted”.

Read also : Big brother problem – Unlike India, China’s ties with our neighborhood are not tainted by history

Chinese doublespeak has continued over the years. Take, for example, a much-quoted quip by Chinese leader Deng Xiaoping. In 1988 he told Prime Minister Rajiv Gandhi that the next century would be the century of Asia. But he did not define who would be the dominant force in this Asian century.

If India and China were friends, the shape of the region around them would have been very different – at peace with itself and much more developed, with flourishing regional trade. Together, they could have had a calming influence on the world. But they are not friends and it is unlikely that they will be in the near future.

Far from being the dominant force in Asia that Deng had ambiguously spoken of, India may have to live with the emerging geopolitical reality that it will no longer dominate even its neighborhood. This area which was until now its “sphere of influence” in South Asia will now have to face the shadow of Chinese influence.

India and China have the largest territorial dispute in the world, covering an area the size of North Korea. And they have two of the biggest armies in the world, dangerously armed to the max. If the two come into conflict, the consequences will be terrifying. But India’s military objective against China is no offense. It is deterrence and defence. Unfortunately, this does not remove the threat; on the contrary, it incites India to take false measures, such as accepting in 2021 a disengagement of troops in Ladakh which has disadvantaged it.

Most assessments, including those of Indian strategic experts, claim that the disparity between the two is so great that India alone cannot counter China’s military might. Overall, there is a serious and growing asymmetry between India and China. To begin, let’s compare their geographic size. China’s landmass covers 9.6 million square kilometers, dwarfing India’s 3.29 million square kilometers by a factor of three. It leads India in every other respect, from military and technology to economic; from effective governance to social discipline; from assertive self-confidence to amoral pursuit of goals. India faces negative asymmetries on all these issues. If effective diplomacy is the art of maximizing resources to one’s advantage, then India still has miles to go before it can come close to what China has already achieved. Despite this negative asymmetry, India can overcome this handicap through agile diplomacy and biding its time.

Read also : Fight today not with Congress, but with China – When Jana Sangh supported Nehru

Strategic thinkers like Kautilya and Sun Tzu have recommended that the weaker side in such a relationship should never engage in unequal engagements, but choose those they believe can gain or profit from. He should spare resources to choose the time and place of engagement that builds his strength while chipping away at the opponent’s.

However, the road ahead could test India on many levels and in many ways. The situation already looks grim. Some criticize India for not having learned from its blunders at the negotiating table. Its soldiers won the strategically vital Haji Pir pass in the 1965 war with Pakistan. Yet Shastri agreed to return this territory during talks with Ayub Khan in Tashkent. Mrs. Gandhi was much more intransigent than Shastri. Yet she too conceded to Zulfikar Ali Bhutto in Shimla what should have been kept as a negotiating reserve.

Recently, history repeated itself to the detriment of India, yet again. Indian soldiers managed to neutralize the territorial gains made by China in Ladakh in 2020, by moving to the heights overlooking these areas. But for reasons shrouded in mystery, India agreed to withdraw its forces from its territory in the Kailash Heights, leaving the area open for a quick take by China at a later date. To make matters worse, after denying India’s advantage, China refuses to withdraw from around 1,000 km2 of territory it has conquered in the region.

It is in this context that critics argue that India’s conception of politics may seem right, but it fails in its implementation. It has long been the world’s complaint against India that it speaks too loudly. Moreover, smaller states in South Asia are increasingly playing smart games to protect themselves between China and India. They are getting high levels of economic and military assistance from China, forcing India to offer them increased aid as well. But the amount of Indian economic and infrastructural aid, and the speed with which it is delivered, falls far short of China’s.

Worse still is the fact that the earlier adulation for a democratic India versus an autocratic China has now been replaced by practical considerations. The acclaim of being a vibrant, if somewhat chaotic, democracy has been replaced by the many disappointments with India’s performance.

At a time when China’s plans span decades, India is struggling to look past its upcoming elections. To the outside observer, the Indian government seems to be constantly grappling with domestic crises, leaving little energy for long-term strategic planning. India also appears more polarized than ever and confidence in its governance model is at an all time low.

On the wider global front, India has sometimes been told that in articulating its policies it oscillates between being a preacher and a moralist. More damagingly, and especially in recent years, the perception has gained ground that India pursues a foreign policy without many instruments at its disposal. And India’s neighbors believe that it will somehow reconcile these contradictions in its mind without doing anything.

The world around India is looking forward to stasis because it is changing at a rapid pace. Even the smallest of the countries around it no longer have to conform like they once did. They see in China a convenient asset to show off in the face of India.

This excerpt from “Wartime: The World in Danger” by Rajiv Dogra has been published with permission from Rupa Publications.