I was placed in ESL classes despite being fluent in English. It made me feel less Canadian 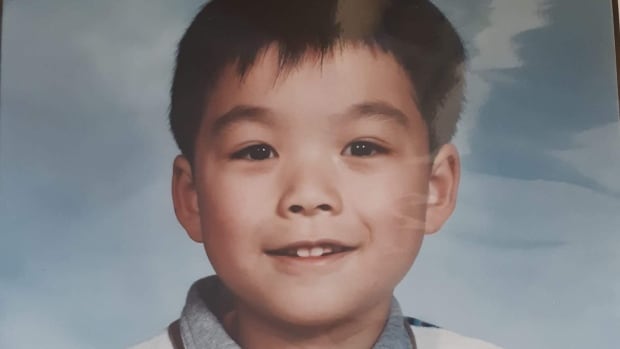 I tried to avoid eye contact and slouch in my chair, but it didn’t work. It was the start of my 4th school year and for the fourth consecutive year, my name was called to receive “extra English lessons”.

It didn’t matter that I could fully understand the Guinness Book of Records I purchased at the Scholastic Book Fair or read the Vancouver Sun sports section every morning. I was going back to ESL.

I was born in Canada and grew up speaking English with my parents. My mother of Chinese descent immigrated to Canada as a high school student and my father, also an immigrant from Hong Kong in the 1970s, gave cooking lessons in English. However, my grandparents and other elderly family members were not fluent in English and mostly spoke Cantonese at home.

That’s why my parents listed Cantonese as the most spoken language at home when they filled out my public school registration form.

This is also why we believe I was placed in English Language Learning (ESL) classes despite being born in Canada and fluent in English.

I have no negative memories of those ESL classes or the teachers themselves.

But as a kid, being placed in these classes made me feel less than a full-fledged Canadian.

I just wanted to be treated like the “CBC” classmates (Chinese born in Canada) who didn’t need those ESL classes. Some of these students would occasionally flaunt their English abilities and taunt those perceived as “fresh off the boat”. I don’t remember making fun of people, but I do remember wanting to prove that I was better than others at English — thinking that having a higher command of the language would somehow make me more “Canadian.” “.

Even though I secretly found 90s Cantonese pop songs such as 每天愛你多一些 and Sugar in marmalade catchy, I listened to Shania Twain. I watched every Hockey Night in Canada broadcast. Twenty-two years ago Simu Liu’s interpretation at the Juno Awards, I was able to effortlessly recite the “I AM CANADIAN” rage in its entirety.

I distanced myself from my Chinese heritage and deliberately failed the assessments at Chinese school to prove that I was more Canadian than Chinese. My mother knew that I would only speak to her in English, and it was understood that she was only to speak to me in English when she picked me up from my school.

When I asked my mom if she thought it was weird that I was placed in ESL for so many years, she shrugged.

Considering my grandparents watched me on weekdays, my parents felt that “additional English language instruction” would help my education in the long run.

Then one day and without any explanation, I was placed in the regular circuit of 5th year students. My student record simply indicated that my ESL status had been expunged. I felt relieved, but I remained aware of my pronunciation of the words and tried to avoid a stutter that would label me anything but a Canadian born Canadian.

Years after I graduated, my elementary school faced allegations that falsely inflated the number of English learners in order to obtain more funding from the government.

As an adult, I now know that neither my fluency in Cantonese nor my perceived accent makes me any less Canadian. Years of academic research and presentations have made me a confident speaker on issues related to multiculturalism.

But I hadn’t really thought about the impact of those ESL lessons until I met a 10-year-old student on a tutoring job. As her mother left the room, she said these parting words: “你需要努力，進步你的英文分” (you need to work hard to improve your English grade).

He replied indignantly in English, “Stop bothering me in Chinese if you want me to improve!”

This student was the mirror image of my youth: a second-generation Canadian desperately trying to prove his command of English by avoiding Chinese.

Although I wanted to avoid confrontation, I gathered my courage. I told him — and by extension to me when I was younger — that knowing another language is a strength; not an embarrassment to hide. My student nodded, but if my background is any indicator, it may take him many years to understand my message. I just hope the message will eventually get through.

Do you have a compelling personal story that can provide understanding or help others? We want to hear from you. Here is more information on how to introduce ourselves.